Johns Lyng wires growth to larger more frequent CAT contracts, plus rollout of its US runway 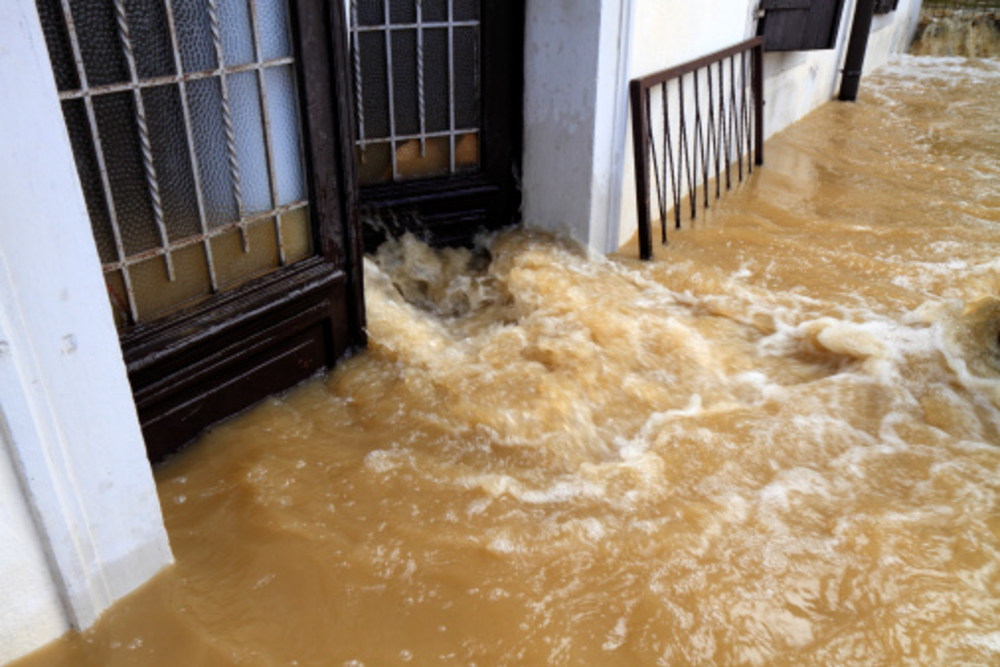 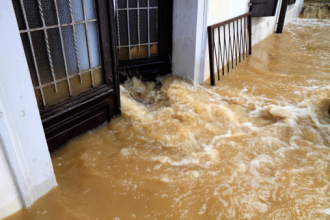 In the wake of what was a record half in catastrophe (CAT) works revenue for Johns Lyng (ASX: JLG) the building services group is again on the receiving end of catastrophic weather event-related contracts.

Adding to the group’s ever-growing pipeline is a NSW government contract to manage its recovery response to the February and March flooding.

The NSW and Federal governments have outlined $142m for the property assessment and demolition program, which will provide free structural assessments of eligible flood impacted properties in 58 Local Government Areas.

As a specialist in insurance building and restoration services, Johns Lyng is no stranger to disaster relief work. The group has led the recovery and repair efforts for some of the most significant natural disasters to impact Australia over the past 60 years, including the 2019-20 bushfires and 2021 Victorian storms.

Total insurance claims work resulting from recent flood events in both Qld and NSW are expected to exceed $2bn, and based on the group’s track-record, Johns Lyng has been able successfully increase its market share.

For example, the group was previously awarded a $50m contract by Bushfire Recovery Australia, which provides repair grants for the uninsured.

Owing to the increased frequency of climate-related events it’s reasonable to assume the group's pipeline disaster relief contracts will continue.

In light of the increased frequency and severity of CAT work, has upgraded the group’s long-term CAT revenue assumptions to $100m annually from the previous $75m annually.

The broker had already factored in $130m of CAT revenue in FY22 with the likelihood of future CAT events occurring through the season. However, given the scale of the recent floods in Qld and NSW, the broker has revise FY23, and FY24 CAT revenue forecasts to $150m annually.

Goldman’s retains a Buy on the group, and the target price has increased 26.1% to $11.35 to better reflect the group’s annuity style earnings, with far less volatility and much higher growth than the market expected at the time of listing.

Around $32m of the group’s $50m Bushfire Recovery Australia contract was paid in the first half. A further $14m is expected to flow through in the second half, with the remaining $9m due in the next financial year.

Based on the underlying strength of the first half result, Johns Lyng guided to an 11% upgrade with revenue now expected to be $802.4m and earnings of $78.7m.

The recently completed US$144m acquisition of Reconstruction Experts in the US – an insurance provider focused on property repairs - is expected to allow the group to duplicate its Australian strategy in North America.

Reconstruction Experts is only expected to contribute around $13m to second half earnings.

But with authorisation to work in an additional thirteen states, beyond the four states where it has operations to date, gives the group ample upside to ramp up its US runway over time. 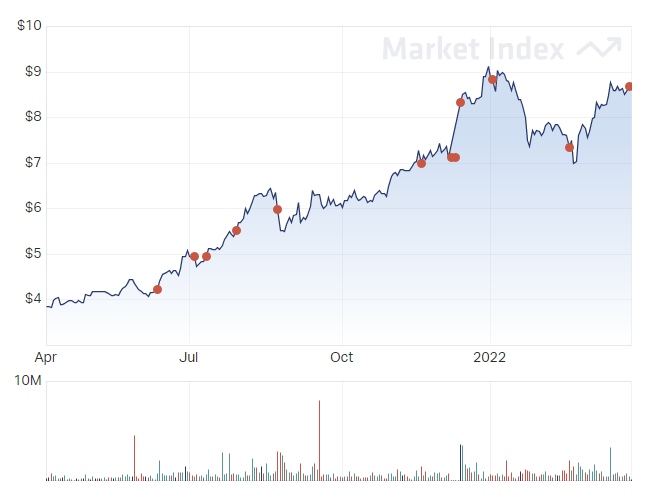 Johns Lyng's share price has made a steady ascent over the last 12 months.

The four brokers covering the stock and tracked by FN Arena are all Buy rated with an average target price of $9.27.

Moelis expects unaccounted for and uncontracted catastrophe work to contribute a further $4.7m to earnings guidance and has an $8.52 target price.

Canaccord expects a normalisation of industry operating conditions to support the group’s Commercial Building Services and Commercial Construction but downgraded its target price for Johns Lyng to $8.51 per share.