Iron ore futures briefly fell below US$100 a tonne for the first time since last December as China seems to have no shortage of bad news for the steelmaking ingredient.

As the Asian market came online, Chinese iron ore futures immediately gapped -7.7% lower to around 660 yuan (US$112) a tonne.

Local iron ore miners are following suit, most of which are back down to 8-month lows. Majors BHP (ASX: BHP), Rio Tinto (ASX: RIO) and Fortescue (ASX: FMG) are all down between 2-5% in afternoon trade. 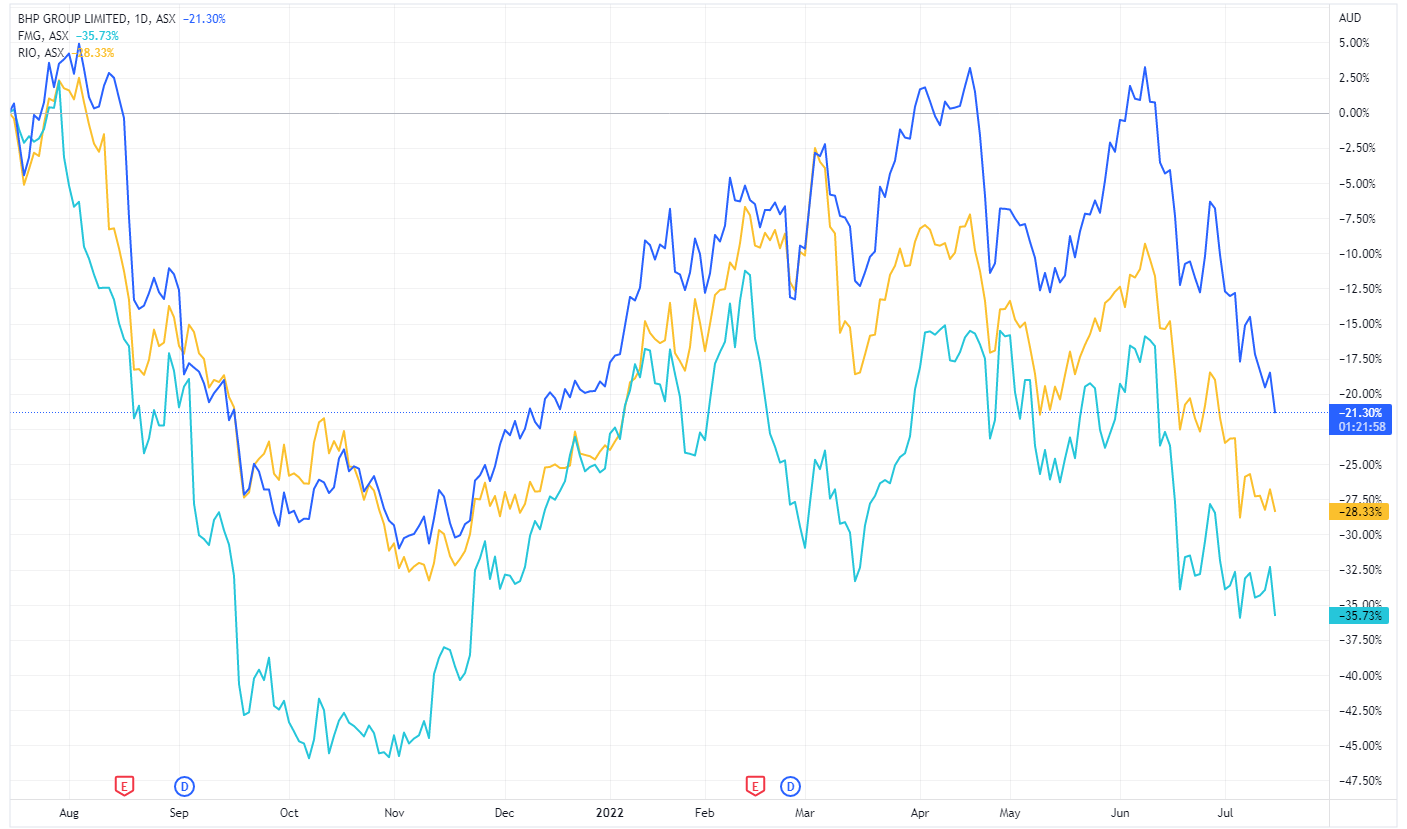 Chinese homebuyers have threatened to halt mortgage payments as developers fall behind on the construction of pre-sold homes.

Buyers of over 230 properties across 86 cities have joined together to refuse mortgages until construction resumes, according to ANZ. The number of affected properties was less than 20 at the beginning of the week.

This comes at a time where Chinese property developers are facing liquidity stress as they price for homebuyer defaults, on top of already downward spiraling property sales and property valuations.

Alarmingly, the property sector accounts for approximately a quarter of the Chinese economy.

Recognising the potential domino effect the boycott might have, regulators have vowed to help local governments deliver property projects on time, according to Reuters.

Sharp slowdown in the second quarter

The Chinese economy eked out 0.4% GDP growth in the second quarter from a year ago, missing economist expectations of 1.0% growth. On a quarter-on-quarter basis, GDP growth was down -2.6%, well-below expectations of a -1.5% decline.

This isn't a big surprise given the quarter was plagued with covid lockdowns and severe supply chain disruptions.

In addition (for June):

The International Monetary Fund has urged China to deploy more fiscal support and loosen its 'zero tolerance' stance on covid to overcome a deepening economic slowdown.

IMF spokesman Gerry Rice said on Thursday that China should continue providing policy support and has room to do so, given its low level of inflation.

Bloomberg reported China is reading its US$1.1bn stimulus package, mainly used for infrastructure, for the second-half of this year.

The unprecedented US$1.1bn of 'special bonds' is being brought forward from next year's quote, rather than being a package of its own. Though, still an action that's aimed at providing more support to China's slowing economy.