Goldman Sachs has put Sandfire (ASX: SFR) on the chopping block with a Sell rating and a 12-month price target of $5.80.

Surprisingly, Sandfire has managed to hit that price target in less than 24 hours, down -13% to $5.84 in afternoon trade.

The sharp selloff comes off the back of significant volume, with 8.6m shares traded compared to a 20-day average of 2.4m.

MATSA is a large, high-quality, low-cost and long-lift underground copper operation, poised to transform Sandfire into one of Australia’s largest copper focused producers.

In just a few months, Sandfire has already downgraded MATSA's production and cost guidance by circa 5-10% worse than what was provided at the time of the acquisition.

Goldman Sachs lowered its FY22-24 earnings guidance by -9% to -15% mostly on lower production and higher costs coming out of MATSA.

Sandfire now trades at a price-to-earnings (P/E) of just 7.5. Whereas copper rival Oz Minerals (ASX: OZL) doubles its valuation, trading at a P/E of 16.

While the recent production cuts mean that Sandfire might not be able to take the top copper spot away from Oz Minerals, today's selloff does seem overly harsh taking into consideration the bullish outlook for copper and the transformational nature of the MATSA acquisition. 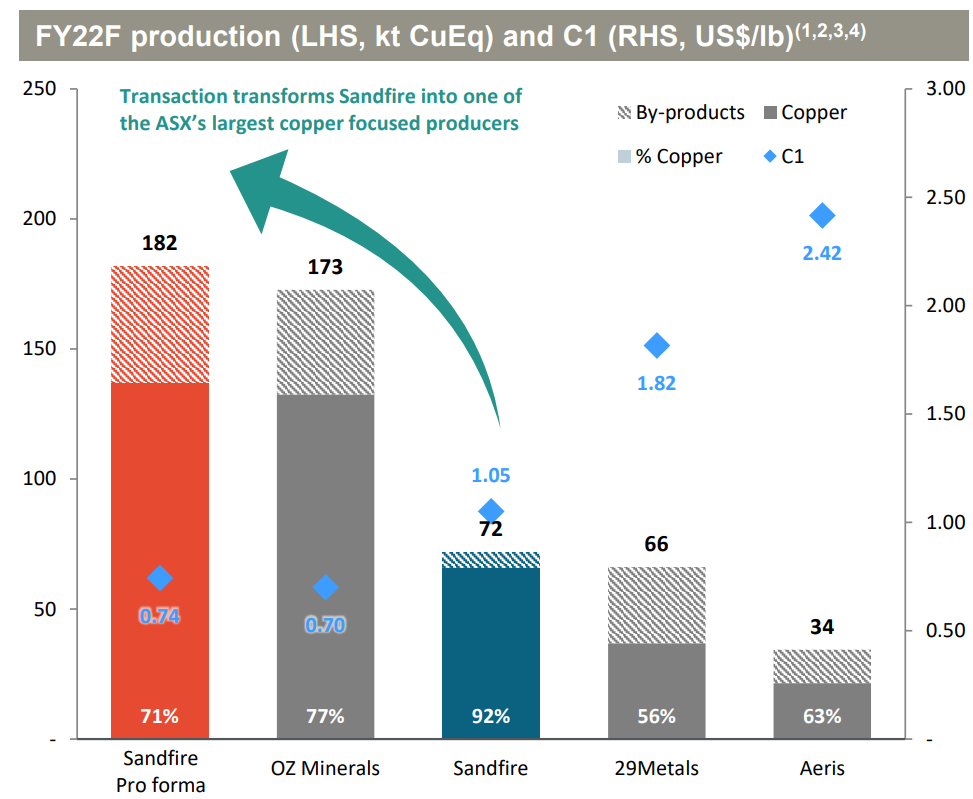 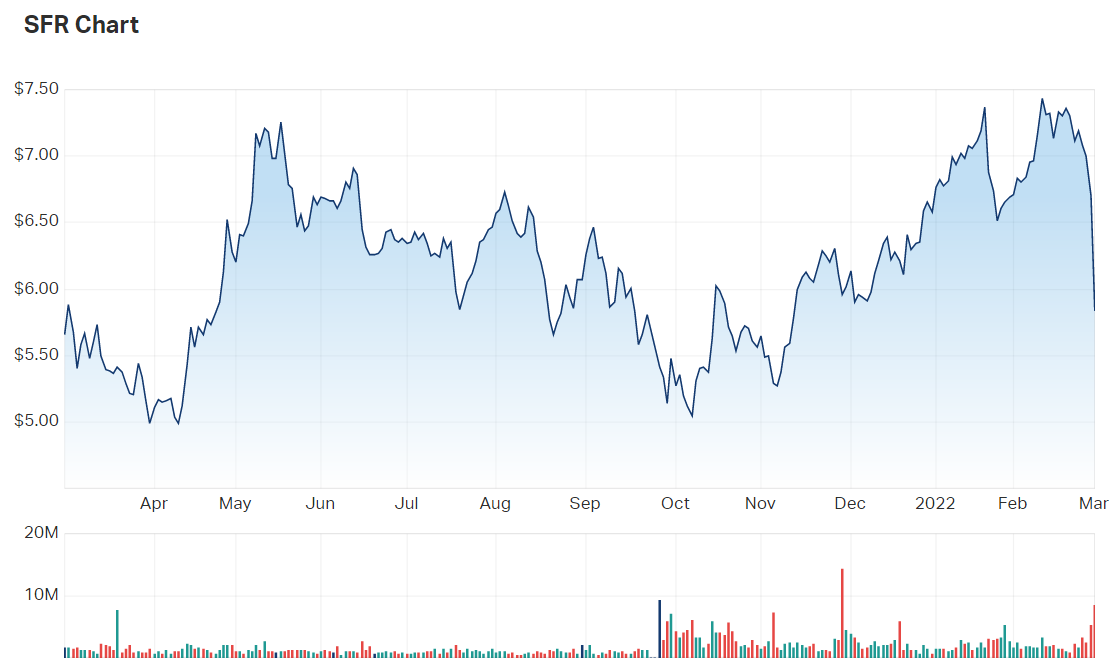