Under-the-radar chemicals manufacturer and industrials company, DGL (ASX: DGL) has rallied to all-time highs on the back of an earnings upgrade for FY22.

For the uninitiated, DGL listed in May 2021 at an offer price of $1.00. The company operates three interconnected industries including chemicals manufacturing, logistics and hazardous waste management.

Upgrade at a glance

Just two months ago, DGL said it was expecting FY22 revenue of $343m and earnings of $54m. This means that margin expansion is doing most of the heavy lifting for earnings growth.

“All three operating segments are performing strongly with increased activity due to market and seasonal factors,” CEO Simon Henry said in a statement.

Henry has been adding sporadic on-market particles to his already massive position in the company. More noticeably, a $1.43m on-market trade a month before today's earnings update.

DGL is coming out of an 8 month range on some significant volume, notably 25 March and 13 April.

The stock can be illiquid at times, but another upgraded guidance coupled with insider buying paints an encouraging outlook for DGL shareholders. 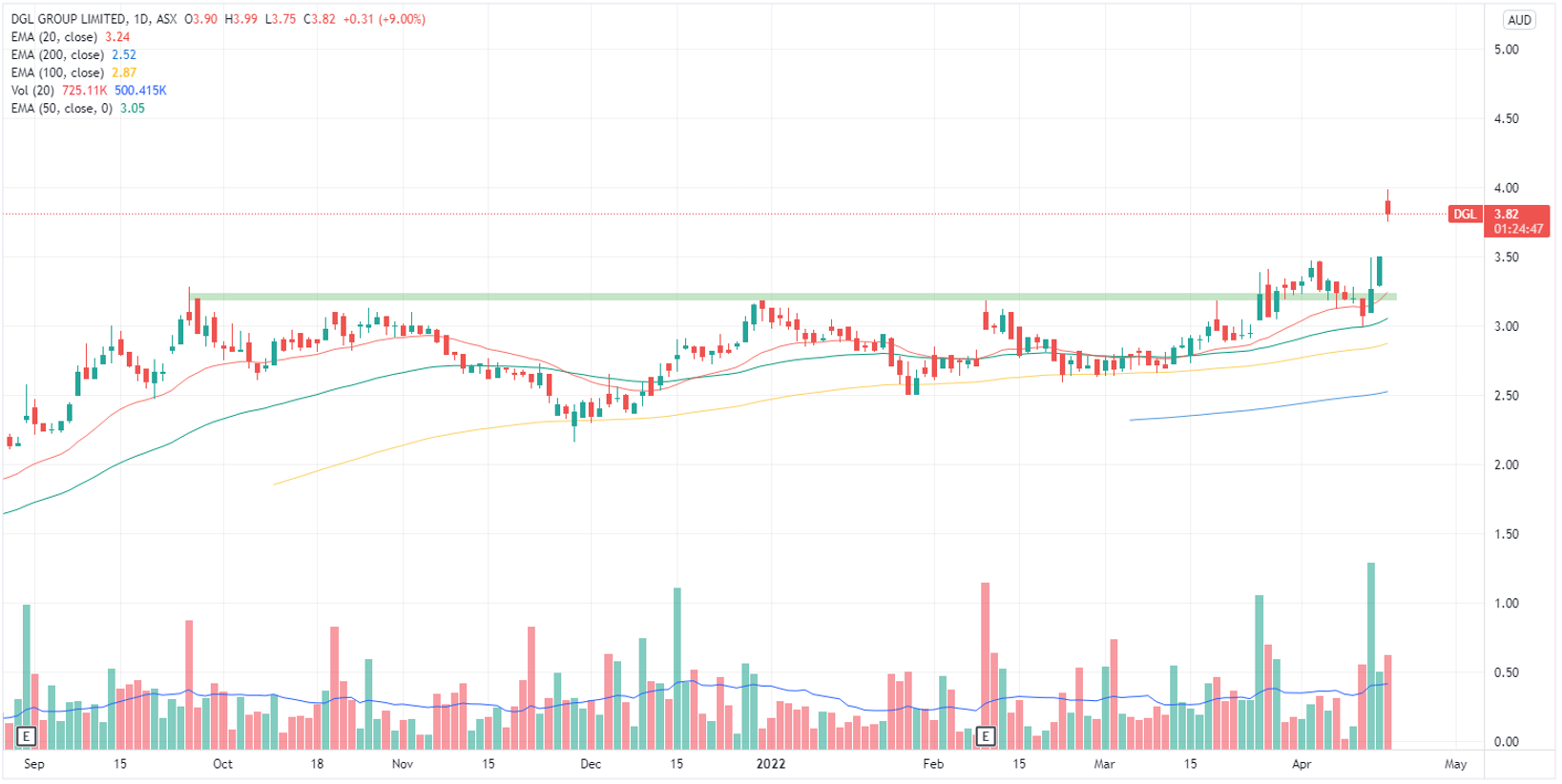