Following quickly on the heels of acquiring unlisted Telmen Energy, TMK Energy (ASX:TMK) formerly Tamaska Oil and Gas, has slipped seamlessly into its exploration shoes, which marks the beginning of the company’s exciting drilling phase.

All approvals are now complete for the drilling of the company’s Gurvantes XXXV Coal Seam Gas (CSG) Project in the South Gobi Basin of Mongolia.

The Gurvantes XXXV CSG Project is located less than 20km from the Chinese-Mongolian border and close to the extensive Northern China gas transmission and distribution network and is close to several large-scale mining operations with high energy needs.

This means the Gurvantes XXXV CSG Project is ideally situated for future gas sales to satisfy both local Mongolian, as well as Chinese energy requirements. 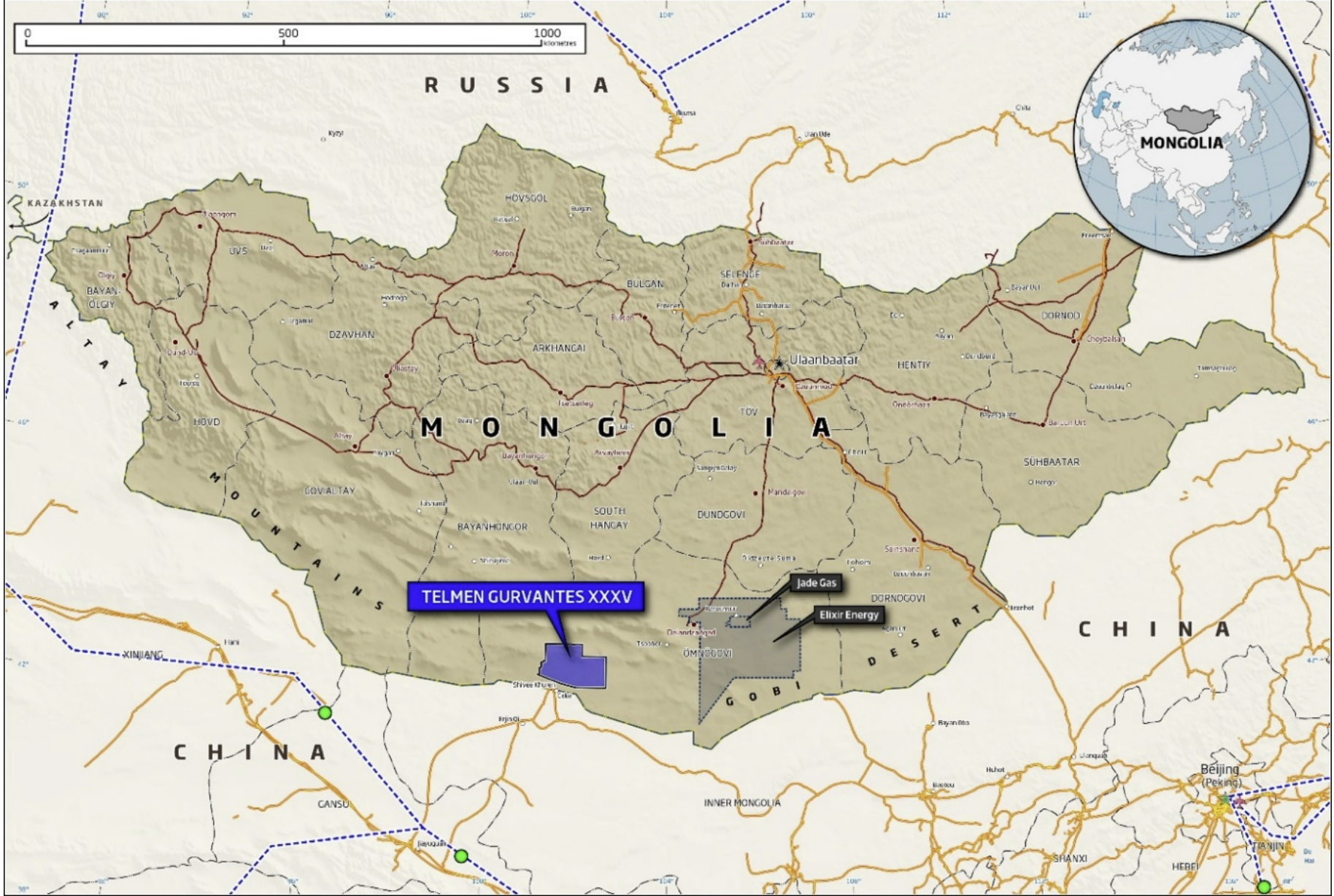 As a sweetener, heading into the initial drilling, shareholders can sleep well knowing that fellow ASX-listed CSG explorer in Mongolia, Talon Energy (ASX:TPD) will fully fund the initial works program to the tune of US$1.5m.

Talon, which is spending US$4.65m under a two-stage farm-in to earn a 33% working interest in the Gurvantes XXXV CSG project, also has the option of funding stage two.

The company [TMK Energy] is also well placed for future activities with around $3.8m in cash following the completion of a $1.96m placement.

The project, which covers 8,400 km2 is considered one of the most prospective underexplored basins for CSG globally and has been independently assessed to host a Prospective Resource just shy of 6 trillion cubic feet (TFC) of gas.

Gurvantes XXXV hosts multiple very thick, high-quality coal seams which outcrop at the surface and extend along an east-west strike.

Preliminary exploration for CSG was initially completed in 2004-2005 and CSG test work  confirmed the high-gas content of the coal and other critical coal parameters needed for a successful CSG project.

Between now and June, Farm-in partner Talon plans to commence and complete the first phase of the exploration program by drilling a minimum 4 fully tested cored holes where important data will be gathered to confirm coal thickness, gas contents, gas composition and permeability.

The drilling program is expected to allow for the estimation of Contingent Resources and allow for the design of a pilot well program.

Once phase one is complete, and the company has a clearer estimation of contingent resources, phase two is expected to start in the second half of 2022. 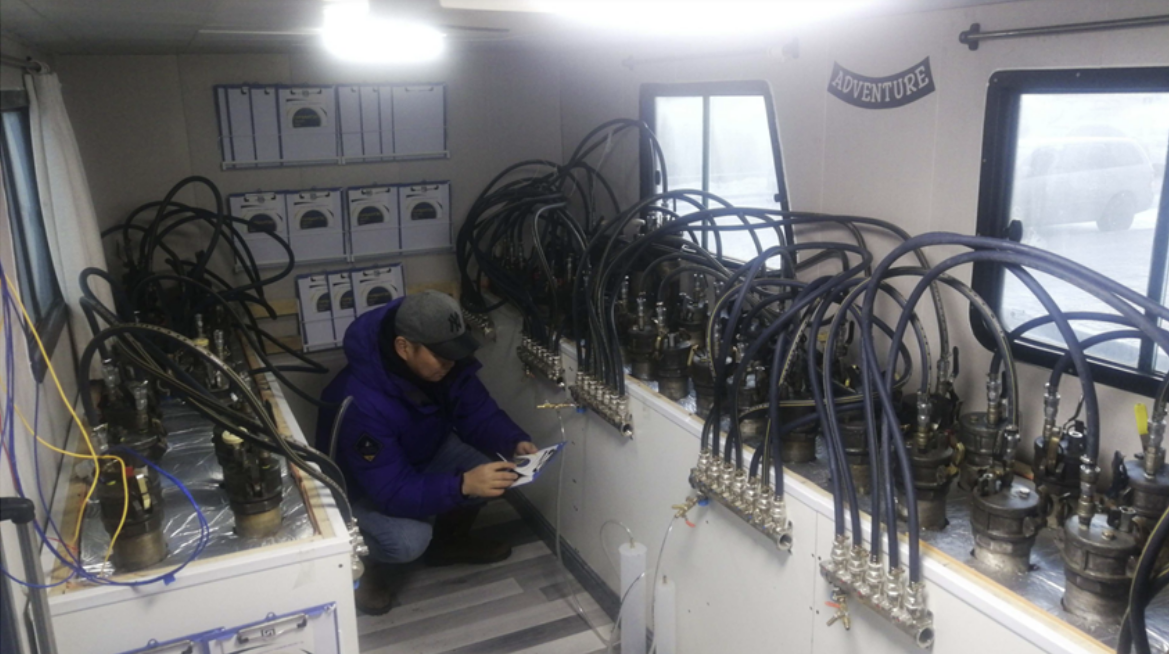 The Telmen acquisition, and initial drilling campaign at the Gurvantes XXXV CSG Project, coincides with the appointment of former Mongolia-based coal geologist Brenden Stats as CEO. With the drilling program expected to commence in the next few weeks Stat notes it is a truly exciting time in the exploration phase of the Gurvantes XXXV CSG Project.

A geologist with fifteen years of experience in the Natural Resources industry, Stats has been living or working in Mongolia since 2011, with a particular focus and expertise on coal projects located within the South Gobi Basin.

“I will be on the ground in Mongolia during the start of the upcoming drilling activities and am very much looking forward to delivering what we believe is a world class CSG project right next door to the largest growing gas market in the world, China,” said Stats.

Former Managing Director of Elixir Energy (ASX: EXR) [another CSG company operating in Mongolia], Dougal Ferguson who has been working with Telmen over the past 18 months and arranged the farmout to Talon and negotiated the deal with TMK Energy, has been appointed Chief Commercial Officer.

Gema Gerelsaikhan, who is Mongolian based and has more than ten years of experience in marketing and communications, business development in real estate, mining and hospitality sectors is one of two existing non-executive directors of Telmen to have been appointed to the TMK Energy board.

The second non-executive board appointment is that of Stuart Baker, who has more than four decades of experience in the oil and gas sector and currently provides independent advice to corporates and investors in the Australian oil and gas industry.

Brett Lawrence has stepped down as Managing Director and has assumed a non-executive director role.

Tsetsen Zantav, the major shareholder of TMK holding approximately 27.4%, has been appointed as an advisor to the Board.

DISCLAIMER: Market Index helps small-cap ASX listed companies connect with Australian investors through clear and concise articles on key developments. TMK Energy Ltd was a client at the time of publishing. All coverage contains factual information only and should not be interpreted as an opinion or financial advice. Consider consulting a qualified financial adviser before making an investment decision.