Based on the standard principles of technical analysis, Trading Central signals indicate that the share price of Hot Chili (ASX: HCH) may rise from yesterday’s close of $1.91 to the range of $2.04 to $2.08 in the next 23 days.

The copper explorer’s share price has inched progressively higher from $1.68 on 12 January, following the release of assay results from last year’s drilling work at the Cortadera deposit in Chile, which the company said expands its potential as an open-pit asset.

Initial results from Cuerpo 1 and 2 confirmed wide intersections of copper and gold mineralisation, with some of the best yielding 156 metres at 0.4% copper and 0.1 grams per tonne (g/t) gold from the surface.

Five drill holes have so far returned intercepts in excess of 0.3% copper equivalent mineralisation, and within a noteworthy maximum depth of 36 metres, with the majority less than 10 metres downhole.

“It is pleasing to see further growth in Cortadera’s open pit potential with these new drill results and we look forward to announcing further results soon.”

“A resource upgrade this quarter and a combined pre-feasibility study in the third quarter will position Costa Fuego” — the combined Cortadera and Productura deposits — “as a production front-runner in the senior copper development space this year.”

With three of eight RC holes have already been completed, Hot Chili has kicked off its next phase of growth having launched an initial 20,000-metre drilling program that will test several high-priority targets within the Costa Fuego Project.

Easterday noted that all exploration targets – fully-funded for the next 18 months - being tested this year are capable of materially lifting the scale and economics of Costa Fuego even further.

In light of Hot Chili’s aggressive drilling program, investors can expect a pipeline of news from the company as additional results from drilling at Cortadera, and updates regarding a pre-feasibility study for Costa Fuego, plus drilling results from other deposits in Chile become available.

In addition to targeting a resource upgrade for Costa Fuego in the first quarter, Hot Chili is also looking to sign an off-take agreement with strategic investor Glencore in the next few months.

Under the terms of this agreement the mining giant would purchase 60% of the first eight years of production. 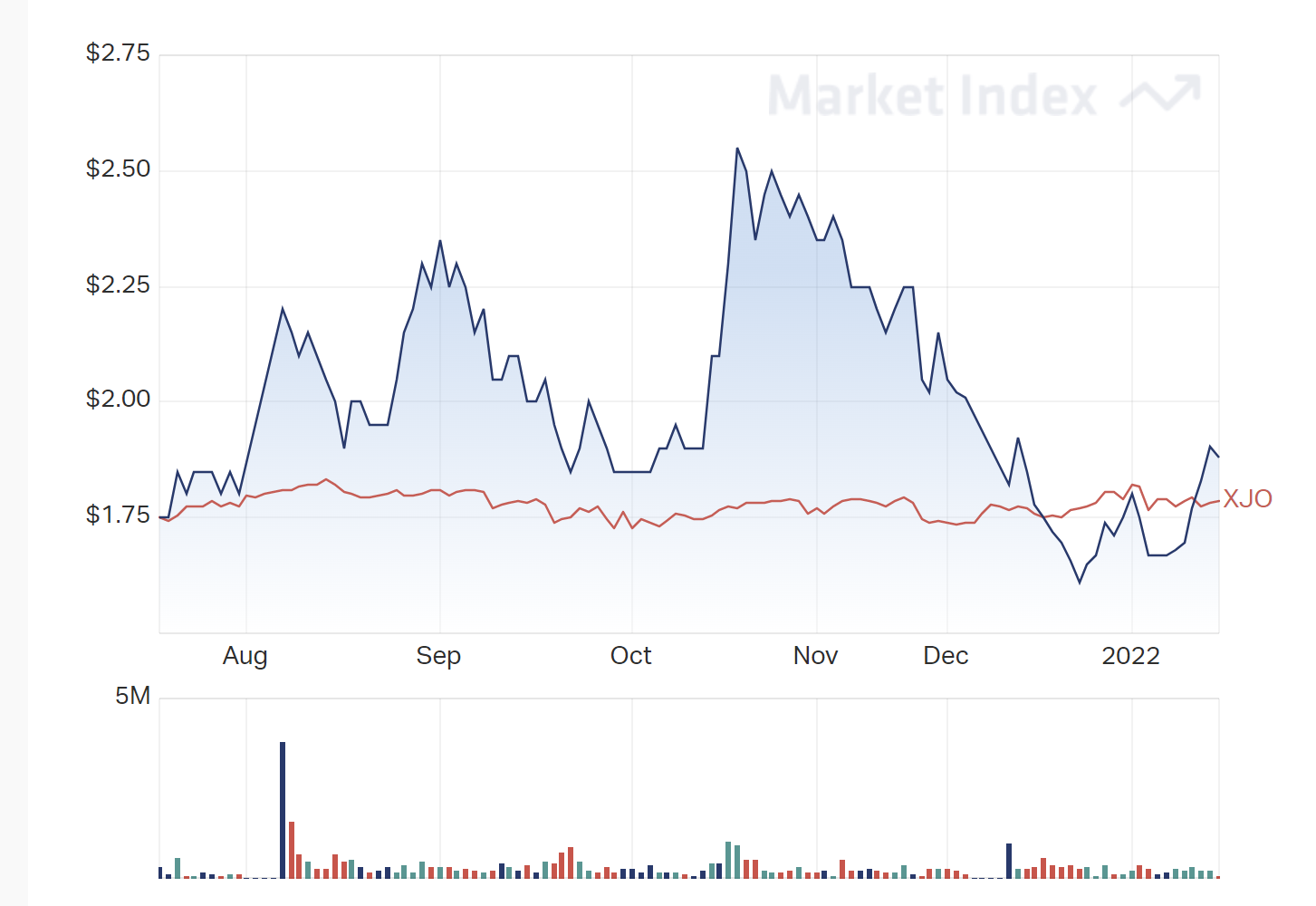 Going into lunch today the share price was down -1.31%.