After clearly being puzzled by Genworth Mortgage Insurance Australia’s (ASX: GMA) double-headed announcement today, the market ended up pushing the stock 1.75% higher at the close.

Driven by better-than-expected performance on net claims, the company reported underlying NPAT of $134.3m - including underwriting result of $172.5m - up 76% on the previous period and well ahead of Goldman Sachs ($95.2m).

But due to unrealised mark to market investment losses of $162.1m mainly on the bond portfolio, statutory NPAT of $18.9m was materially lower, down -68% on the previous period.

The second part of the company’s two-part announcement today was decidedly more encouraging for shareholders.

To gear up for a tightening housing and investment market environment in the second half, the company announced an on-market share buy-back for shares up to a maximum aggregate value of $100m.

Based on its last closing price of $2.88, the buyback represents 9.2% of its issued share capital, or around 34.7m shares.

Today’s buyback decision follows shareholder approval to [ buy back] up to 60m shares at the 2022 AGM.

What defined today’s first half result

The net earned premium of $217m was 16% ahead of Goldman Sachs and up 27% on the previous period.

CEO Pauline Blight-Johnston describes the interim result as “another strong underlying financial performance" with the group remaining "well-positioned to continue to support Australians through the changing economic environment ahead.”

For the full year, gross written premiums are likely to remain below 2021 levels as industry new loan commitments slow, particularly for first-home buyers and other higher loan to value (LVR) lending.

"The extent of any further unrealised investment gains or losses will primarily depend on movements in bond rates which remain uncertain in the current environment," the $1.1bn group noted.

“Higher bond rates are expected to benefit second half FY22 interest income and are positive for future profitability.” 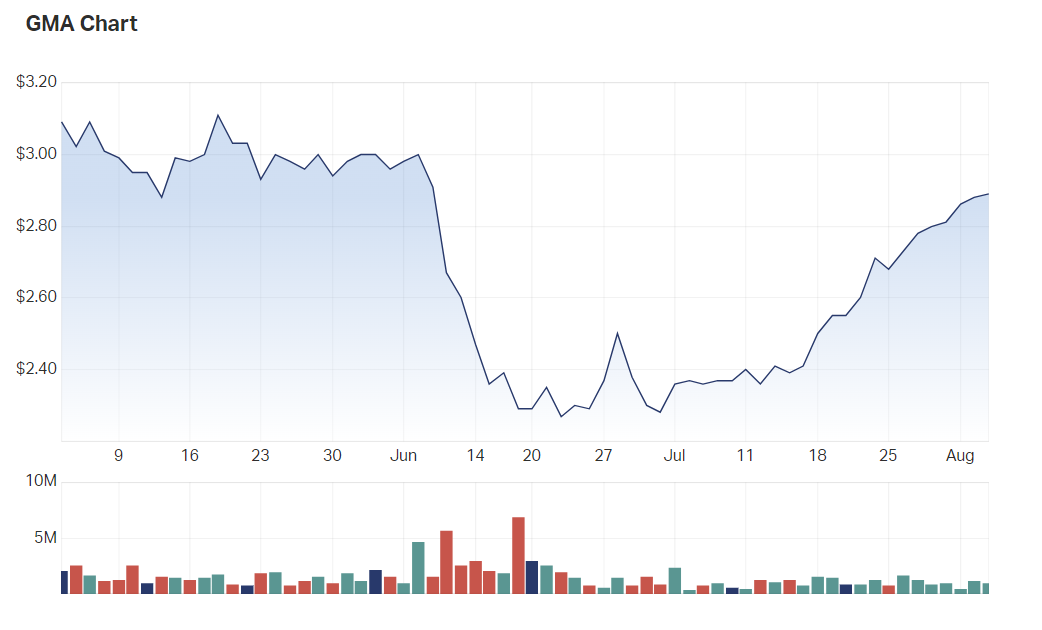 Consensus on the stock is Hold.

Based on Morningstar’s fair value of $3.35 the stock appears to be undervalued.

Goldman Sachs regarded today’s result as positive and maintains a Buy rating and target price of $3.47.

The broker notes that over the last 12 months, the company’s NTA/share has grown 5%, its surplus has increased, while return on tangible equity (ROTE) has also increased 6.5% to 17.5%.

Mid-May Macquarie downgraded Genworth to Underperform from Outperform after updating forecasts to include a more bearish economic environment.