Ahead of its exploration plans for the second half of 2022 at Greenbushes South in WA, Galan Lithium (ASX:GLN) has discovered the first known pegmatite outcropping believed to host lithium.

The 200m x 40m outcropping has been logged by the company as a priority target within a larger parcel of 18 priority targets found in an airborne survey. 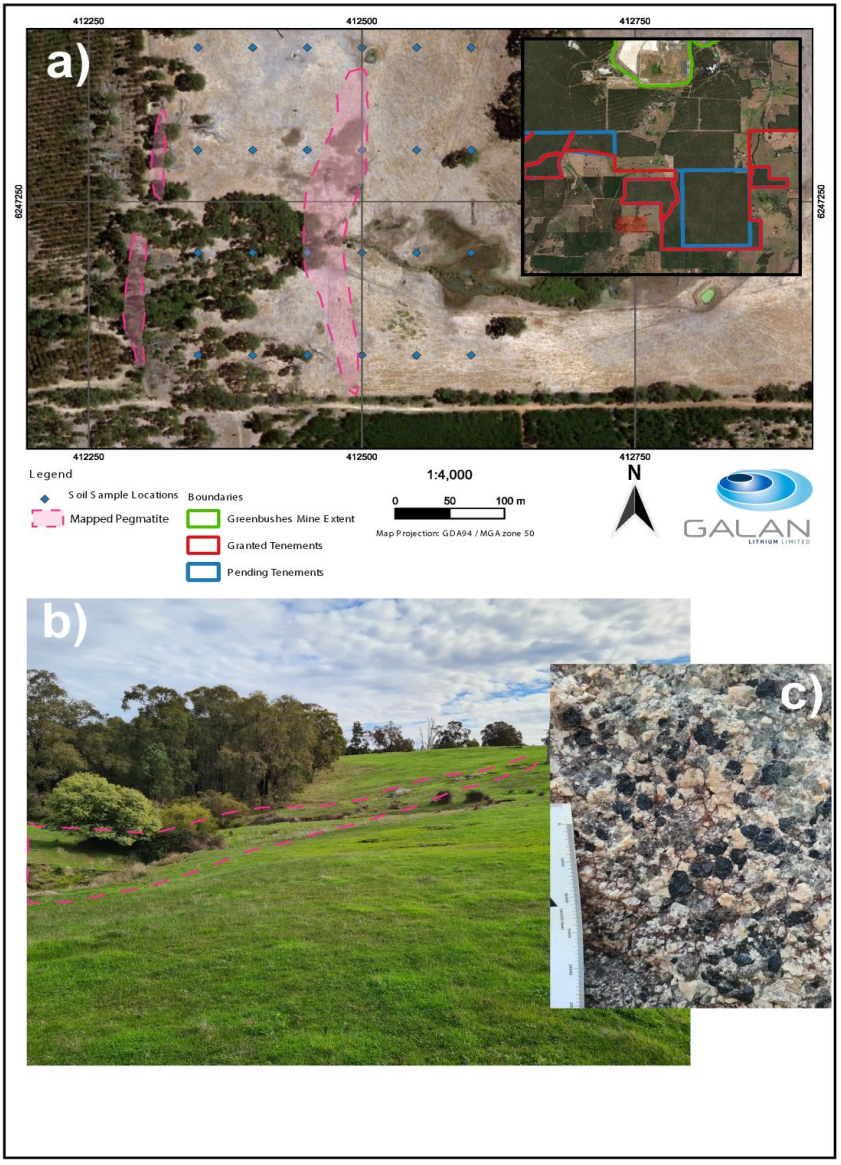 (Source: Galan) A look at the acreage where a key target has been identified. Unusually high rainfall has led to a proliferation of greenage.

Before the company can fire up its exploration drills on-site, Galan must first satisfy the WA Department of Biodiversity, Conservation and Attractions’ (DBCA) Conservation Management Plan (CMP) requirements.

Galan notes the CMP has hit the final stage of the approvals process, currently subject to final regulatory review.

Following ministerial approval of the activities planned for Galan’s tenements, activities remain on-track to commence in Q3 of 2022.

The target containing the 200m x 40m pegmatite outcrop, which Galan calls GS11, has already been subject to initial soil sampling by the company ahead of exploration drilling.

Soil samples and rock chips from the GS11 target have been sent to a laboratory for geochemical assay and further fieldwork at GS11 is scheduled for July.

Galan's partnership with Lithium Australia (ASX:LIT) sees the former team up with a major Australian explorer in the region.

Lithium Australia's Greenbushes Project is joined in the region by Talison Litihum's Greenbushes Lithium Mine, advertised as the largest lithium mine in the world.

Talison is a subsidiary of Windfield Holdings, which in turn is owned by China's Tianqi Lithium.

Tianqi owns a lithium refinery in the Kwinana Industrial Area a few hours north of Greenbushes and south of Fremantle.