From gold to REEs, Dateline Resources can’t stop having a good run this year

New assay results from the company’s latest exploration activities show Dateline Resources’ (ASX:DTR) Colosseum gold mine in Ontario, USA, has become an operation of two stories: one of gold, and one of rare earths.

At this time, some 813,000 ounces of gold remain recoverable from Colosseum, which, under previous ownership, was a pure play gold operation.

It turns out, however, old guards knew there was high-impact rare earth mineralisation on-site. They just never did anything about it, effectively handing Dateline an unexplored REE project.

Using the local knowledge of two professors in rare earth metallurgy, Dateline has confirmed the presence of abundant REE mineralisation on-site. Dr. Anthony Mariano was a leading force in the recent exploration program, identifying a number of outcrops previously missed.

The company’s Colosseum mine sits to the north of the largest (and only) REE mine operating in the USA, called Mountain Pass. Mountain Pass is run by a company listed on the NYSE, MP Materials.

It boasts a mill feed grade of ore with 8% Total Rare Earth Oxide (TREO) content. For comparison with other high-impact projects:

So far, initial results from Colosseum show grades of 0.391%—still significant compared to many other REE plays. Company management, bolstered by the assessments of Dr. Mariano and his colleagues, are confident higher grades remain to be seen.

Of particular interest to the company is the fact it has found neodymium, which a major Chinese benchmark currently places at USD$154,660/tn.

Dateline will retain its local advisors in designing drill plans.

With a market cap of $49.5m, Dateline is likely well placed to continue plugging away on-site. Also worth noting is the company sold its first gold concentrate to a Korean gold smelter earlier this year, officially making it a gold producer.

One year returns for Dateline investors currently reflect growth of 20.48%. 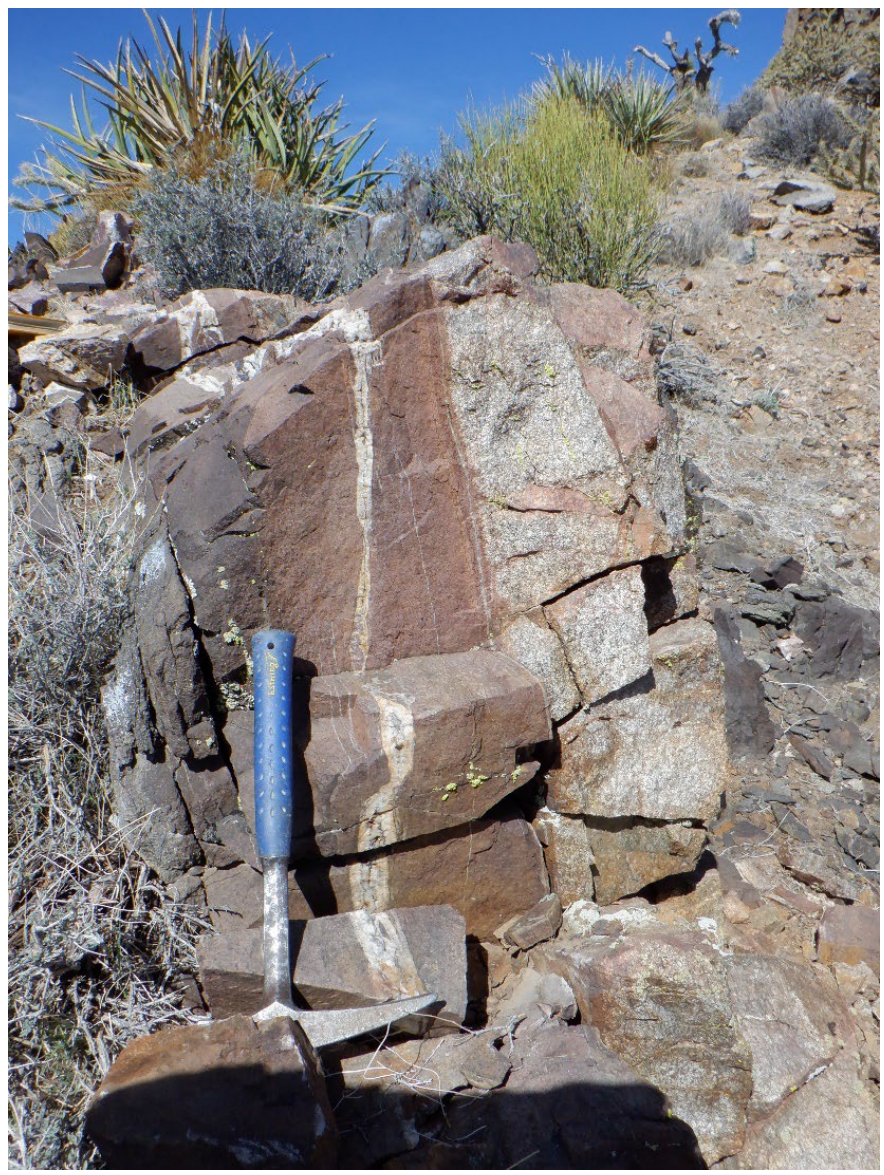 A snapshot of recent geological finds on-site Colosseum. While it may not be obvious, the thin white vertical streak is a quartz vein, strongly coincident with gold and REE mineralisation

Disclaimer: Market Index helps small-cap ASX listed companies connect with Australian investors through clear and concise articles on key developments. Dateline was a client at the time of publishing. All coverage contains factual information only and should not be interpreted as an opinion or financial advice.

Can't attend? Don't worry. A recording of the event will be available after the fact on the company's website.