Building solutions smallcap Fleetwood (ASX: FWD) received a welcomed kicker to its embattled share price, down -37% over the past year, after signing a five-year agreement with Rio Tinto (ASX: RIO).

Investors gave the announced $52m and $70m agreement to provide the big miner with accommodation services at Searipple Village in Karratha, the thumbs-up today, with Fleetwood’s share price up 8.49% two hours out from the close.

The 5-year agreement will see Rio secure 250 rooms nightly for all FIFO personnel needing accommodation in Karratha, Dampier or Wickham, where accommodation cannot be met by the miner internally.

“We are delighted to continue our long-standing working relationship with Rio Tinto. This contract underpins the utilisation of Searipple Village over the next five years and provides the basis for further occupancy in this core asset.”

Today’s announcement follows last week’s update on the ongoing underperformance of a key project, the significant impact of cost increases, and material; and labour shortages on the overall performance of the business.

Project delays associated with poor weather on the east coast, plus labour and materials shortages have significantly hampered progress across projects in NSW, Vic, and WA during the second half of FY22.

The company has also endured major delays and cost escalations on the Ti Tree Camp upgrade mining project in WA.

As a result, management advised the market to expect second half earnings (EBITA) to be similar the first half when the company reported an earnings (EBITA) loss of -$1.5m on revenue of $209.2m.

At the time, the company anticipated a return to profitability in the second half of FY22, but clearly that is no longer the case.

Based on the order book and outlook across the operating businesses, Fleetwood now expects to return to profitability in FY23.

During first half FY22 the company managed to maintain a strong cash position of $56.2m.

Based on Morningstar’s fair value of $2.83 the stock appears to be undervalued. 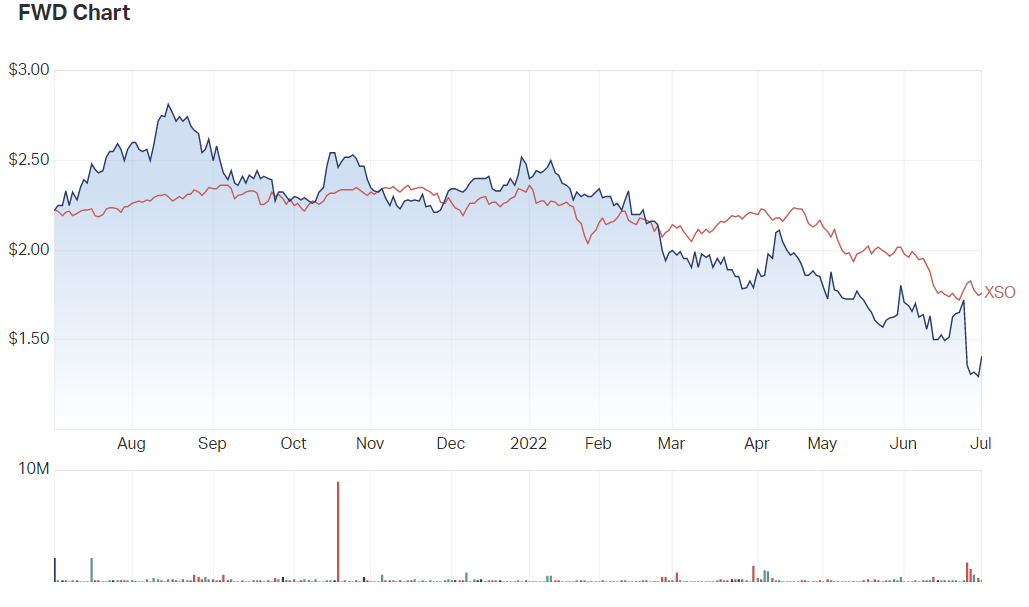