Just over a year ago, Federal Reserve chair Jerome Powell told reporters that they’re ‘not even thinking about’ rate hikes. Now, all they think about is rate hikes.

Fed officials reaffirmed the hawkish stance needed to fight inflation, even if it comes at the cost of slowing what appears to be an already fragile economy, according to Wednesday’s meeting minutes.

In the near-term, “participants judged that an increase of 50 or 75 basis points would be likely appropriate at the next meeting,” the minutes said.

Alarmingly, “participants concurred that the economic outlook warranted moving to a restrictive stance of policy, and they recognised the possibility that an even more restrictive stance could be appropriate if elevated inflation pressures were to persist.”

The Fed seems to have done a complete 180, from dismissing inflation to now trying to clamp it down at all costs.

“Participants recognised that policy firming could slow the pace of economic growth for a time, but they saw the return of inflation to 2 percent as critical to achieving maximum employment on a sustained basis,” the minutes stated.

All eyes on oil-inflation divergence

Commodity prices have fallen across the board, especially oil, which is down -12.7% in the last three sessions to a 3-month low of US$99.3 a barrel.

We're now witnessing quite a divergence between oil and inflation, a promising sign that consumer prices might soon begin to peak. 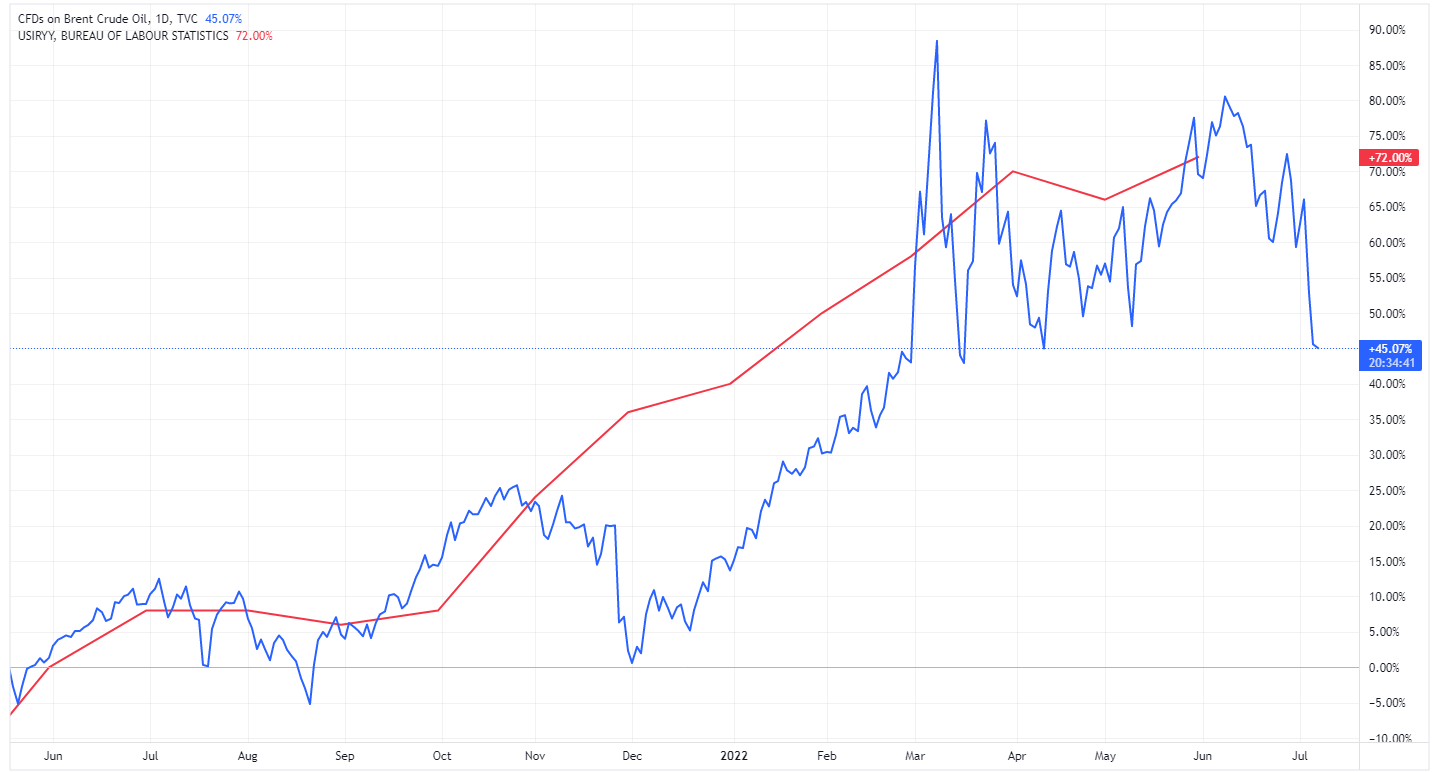 The US will report its July inflation rate on Wednesday, August 10.