The Federal Reserve is widely expected to raise interest rates by 75 bps on Thursday, even though the world's largest economy is at risk of falling into a technical recession.

Money markets briefly flirted with the idea of a 100 bps hike following a hotter-than-expected June CPI print of 9.1%. Though, the probability of that has fallen off following pushback from policymakers as well as falling gasoline prices and deteriorating economic conditions. 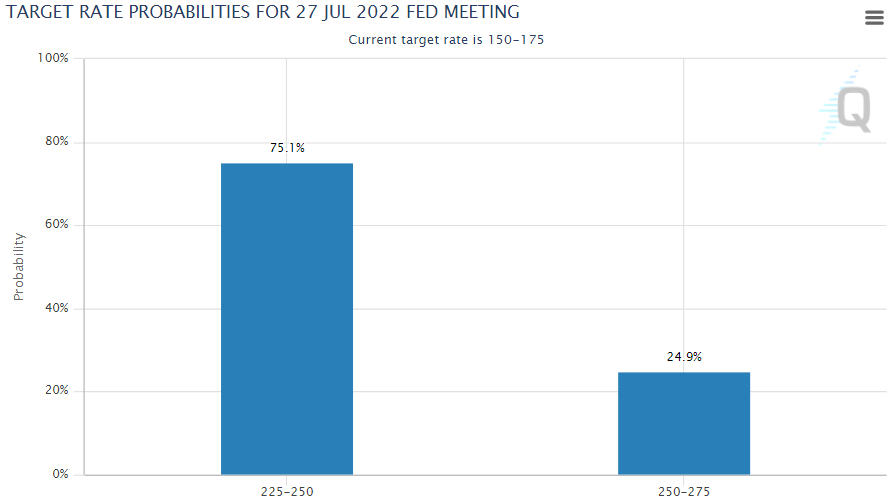 The Biden administration is arguing that the US economy is far from a recession, even if June quarter GDP numbers are negative.

"We're not going to be in a recession, in my view," Biden said. "The unemployment rate is still one of the lowest we've had in history. It's in the 3.6% area.”

"My hope is we go from this rapid growth to a steady growth, so we'll see some coming down. God willing, I don't think we're going to see a recession," he added.

US GDP growth unexpectedly fell into contraction in the March quarter, down -1.6%. Consensus expects the June quarter to be 0.5%. But 20 of the 63 economists surveyed by Bloomberg expect a negative reading.

Last week, US services purchasing manufacturing index for July fell sharply to 47 from 52.7 in June, flagging that the services sector, which makes up over 70% of the economy, is in contraction.

Still, the US National Bureau of Economic Research (NBER) is unlikely to declare a technical recession as it takes into consideration other factors such as the labour market, consumption and investment - factors that have held up relatively well.

Still, the Fed is expected to remain on an aggressive tightening path. The bond market is currently priced for the Fed funds rate to peak in February 2023 at 3.44%.

Traders will be closely watching for any signs of more hawkish or dovish than expected commentary. Though, central banks, more broadly speaking, have avoided making explicit commitments to specific-sized rate hikes at upcoming meetings.

The S&P 500 is down -10% since the Fed kicked off its hiking cycle in mid-March, but the index has gained 1.5% or more on each of the last three rate hikes, Bespoke Investment reported. 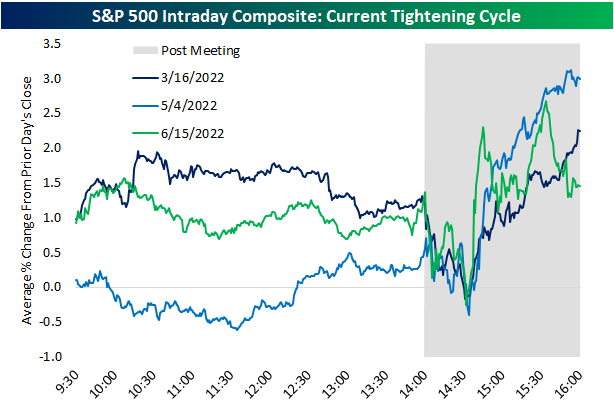