Euro Manganese (ASX:EMN) is to receive in the coming weeks the second module of its final demonstration plant with the assets now en-route to the company from Shanghai and to depot facilities located in Hamburg, Germany.

The modules will then be sent to the Euro Manganese Czech Chvaletice Manganese Project site by rail.

Euro Manganese reports the Chvaletice site is "the only sizable resource of manganese in the EU."

Euro Manganese is developing the metal for sales into the electric vehicle (EV) supply chain, with high-purity manganese a high-demand product for Original Equipment Manufacturers (OEMs).

The Chvaletice Manganese Project sees the company undertaking the re-treatment of tailings from a decommissioned mine to produce manganese. 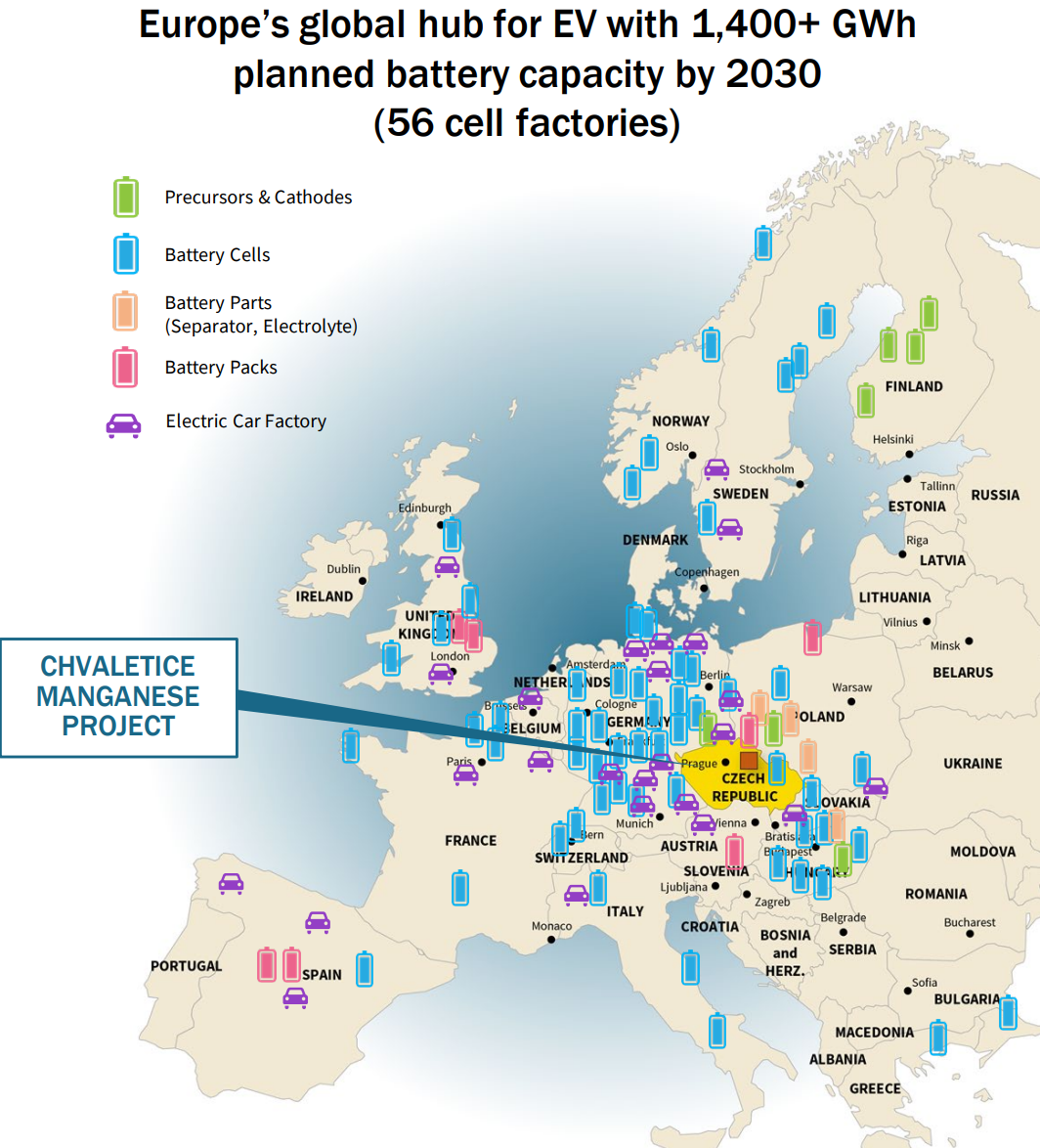 Manganese as a “forgotten” battery metal

Euro Manganese notes that manganese is an essential element in manufacturing cathode technology, even going so far as to dub the element a "forgotten battery metal."

The company also predicts OEM demand for high purity manganese will increase in coming years as battery performance, and demand for it, improves.

By 2030, management expects that 60% of all EV batteries produced will require high purity manganese.

The difference between ore and concentrate

Manganese is a common by-product left in the tailings from mining operations for multiple metals and other natural resources.

While Manganese ore prices are currently trading relatively flat compared to where prices were in May 2020, high-purity manganese concentrates can pull significantly higher prices on the market.

The steel industry is the largest consumer of manganese ore, but concentrates have technological manufacturing implications, particularly for the EV market, which is growing at one of the fastest rates in the world within Europe.