The S&P/ASX 200 Energy Index is up 2.3% on Friday after a shocking week of ASX sell-offs borne from ongoing nerves about interest rates at home, and, the ongoing influence of Chinese lockdowns in Shanghai on trader behaviour.

Thursday was the worst performing day this week for the Index as the price dropped to 9,719, but the Index has today recovered 220bps.

The XEJ Index over the last three months, compared to the All Ords, shows ongoing energy strengths

The International Energy Agency this week released a report highlighting current conflating impacts on the price of crude oil, noting that Russian supply chains are starting to dwindle as the petrostate continues to disrupt supply dynamics in response to geopolitical events.

The IEA is forecasting a potential decline of Russian output by 3 million barrels per day from July.

However, the agency suggested the shortfall would ultimately be shrugged off. In March this year, the IEA painted a picture notably more gloomy, suggesting a Russian supply disruption would rattle markets.

The agency’s bean counters have since changed their minds, leaving oil traders more interested in the larger story: Chinese lockdowns. The lifting of lockdowns in China last year, and the snapback in demand, was the key trigger in pushing up the price of crude through 2021.

And, as a side-note: Saudi Aramco this week became the world’s most valuable company, superseding Apple. 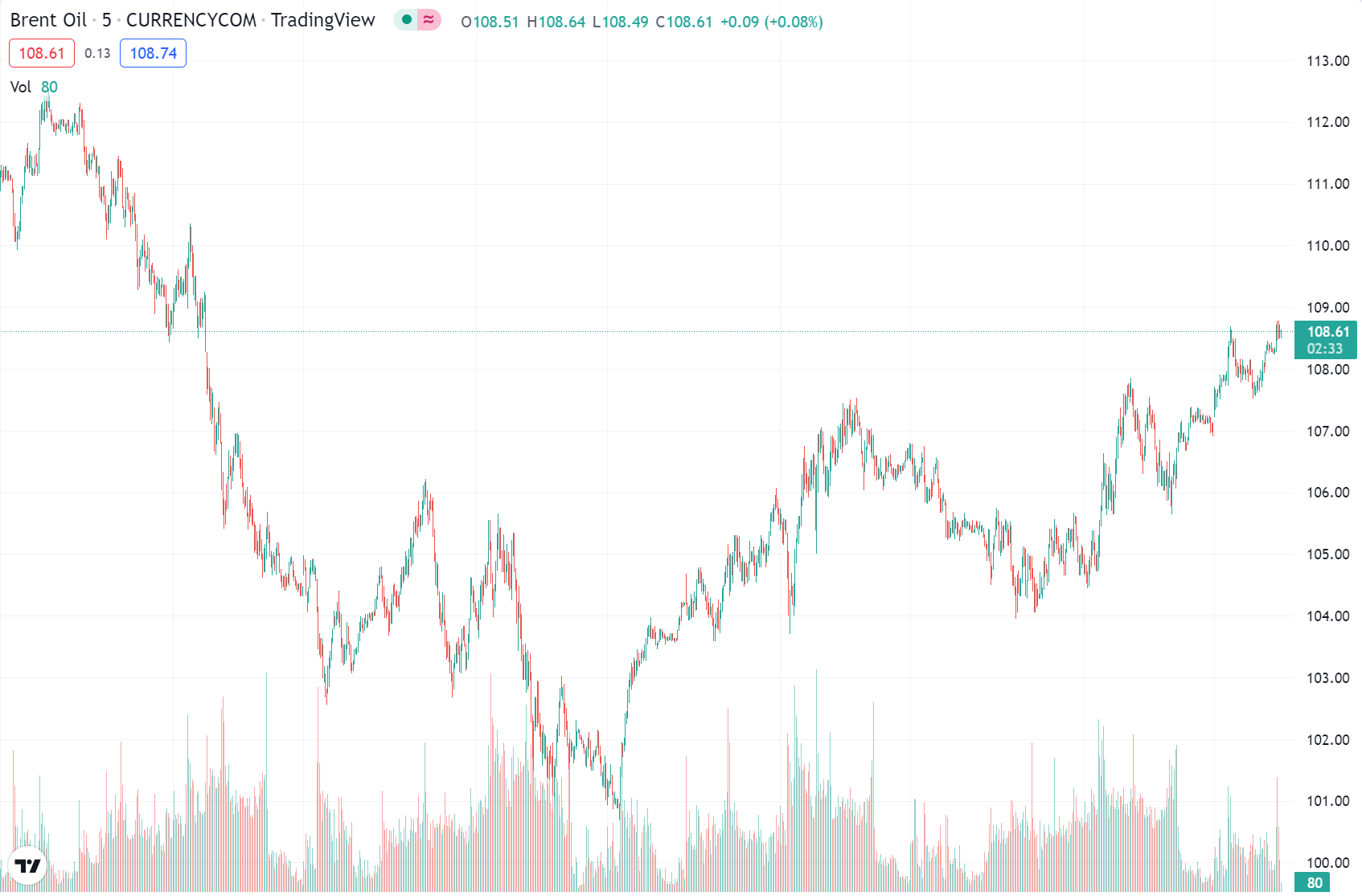 (Source: TradingView) A snapshot of Brent Crude charts over the last five days

Much the same as last week, oil continues to trade sideways as the market awaits meaningful catalysts on which to base trading decisions.

The EU backed away from a hardline embargo on Russian crude, but, ongoing accusations that Russia is weaponising energy exports continue to proliferate day-by-day in international media and risk analyses.

It is expected that the EU will eventually take some form of action against Russian energy, but what that will look like, who it will impact, and what it ultimately means for crude prices, remains to be seen.

The same is true for China’s latest response to covid outbreaks. Lockdowns continue in Shanghai and reports of panic buying in Beijing suggest the zero-covid policy will continue for the weeks to come.

While not related to energy, it’s worth noting that Tesla sales have dropped in China due to the lockdowns, and, Toyota has cut back its production output for the same reason. That, and an ongoing microchip shortage, but that’s getting off-topic.

Woodside Petroleum (ASX:WPL) is up 2.64% today in mid-afternoon trades to $30.38 as the energy sector bounces back from a gloomy Thursday, but, the value of the share dropped -4.5% this week on a 1W basis.

Beach Energy (ASX:BPT) is yet a similar story still, up 1.08% in mid-afternoon but down -4.2% this week, correlating with Woodside and Santos.

YTD performance had slid downward towards 30.36%.