It’s been a strange fortnight for Eclipx Group (ASX: ECX) with the fleet lease and management services provider’s share price up 2.8% 26 April – on the back of no news – and relatively flat today after announcing a strong first half result this morning.

The share price quickly rallied as high as $2.84 after the car leasing group flagged used car prices remain considerably higher than what they were before the pandemic.

However, 20 minutes later the company gave up virtually all its early morning gains at around $2.70.

What may have irked the market this morning were revelations the company is reneging on paying shareholders a first-half dividend.

Given the group continues to be a beneficiary of the Australian Federal Budget’s instant asset write-off policy, it does not have distributable franking credits.

But in the absence of franking credits, management has – in light of the strong 1H performance - flagged a planned $40m on-market share buyback as the most efficient capital distribution to shareholders.

In case you were wondering, an on-market share buy-back program of up to $40m reflects a capital pay-out ratio of 65% of 1H22 net profit.

Management expects to resume paying dividends by 2024 or 2025 once its franking credits balance has increased.

To the uninitiated, Eclipx is a mid-cap stock (market cap of $807m a little outside the ASX300) which operates brands including FleetPlus, FleetPartners and FleetChoice.

The group has 93,000 vehicles on its books via fleet management arrangements and novated leases.

Much of the group’s strong interim net profit growth – up 57% to $59.4m for the six months ended March 31 – is being attributed to elevated valuations of vehicles at the end of three-year or four-year leases in a market.

Underpinning the interim result were used car prices which are up more than a whopping 30% compared with pre-pandemic levels.

What's equally noteworthy is that NBW is one of the Group’s most profitable segments, having grown at more than 30% - adding growth in assets under management for the first time in three years.

CEO Julian Russell notes that today’s interim was the best half-year result in the company’s 40-plus year history.

Russell noted that while demand from corporate customers for electric vehicles was on the rise, supply constraints, especially on semiconductors - a vital component in modern vehicles which rely heavily on electronic circuitry - were also a big issue in that segment.

“The challenge is really around the supply of these vehicles… they’re coming, and we’re getting prepared for it,” he said.

With the group now in the best financial position - with no net debt – Russell highlighted maximum balance sheet flexibility to capitalise on future opportunities as they emerge.

Order books are expected to remain elevated, and gradually convert into NBW, and therefore recurring NOI in due course. 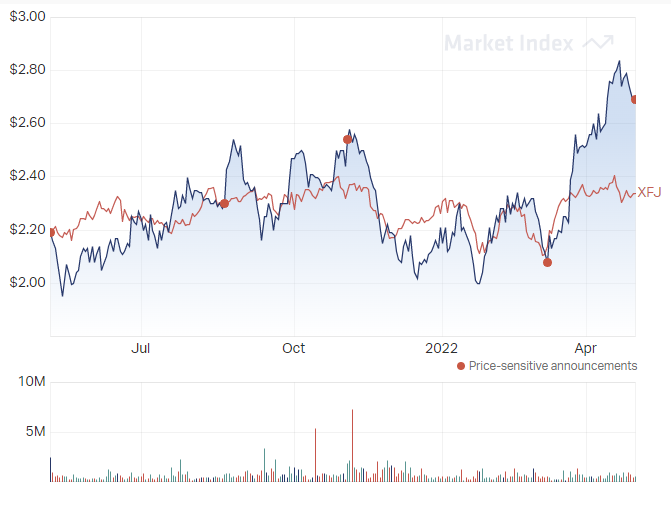 Based on the brokers that cover Eclipx (as reported on by FN Arena) the stock is trading with 7% upside to the target price of $2.89.

Consensus on Eclipx is Moderate Buy.

Based on Morningstar’s fair value of $3.08, the stock appears to be undervalued.

Due to used car prices staying stronger for longer, plus the benefit from elevated end-of-lease income, Credit Suisse, Macquarie and Morgan Stanley share Buy (or similar) recommendations, with price targets ranging between $2.82 and $2.95.