The company is developing machine learning tech to better identify and treat patients with cardiovascular disease; that broad category the global leading cause of death.

Aortic stenosis is a condition defined by narrowing of the heart’s aortic valve, which feeds back into the aorta (the human body’s largest blood vessel.)

How does Echo IQ’s tech work?

Key measurements are captured both manually and through an initial AI scan depending on complexity, before being turned over to a complex algorithm software product.

Echo IQ states its software can identify early warning signs of conditions (like aortic stenosis) before patients may be aware of changes to their heartbeat or other symptoms. 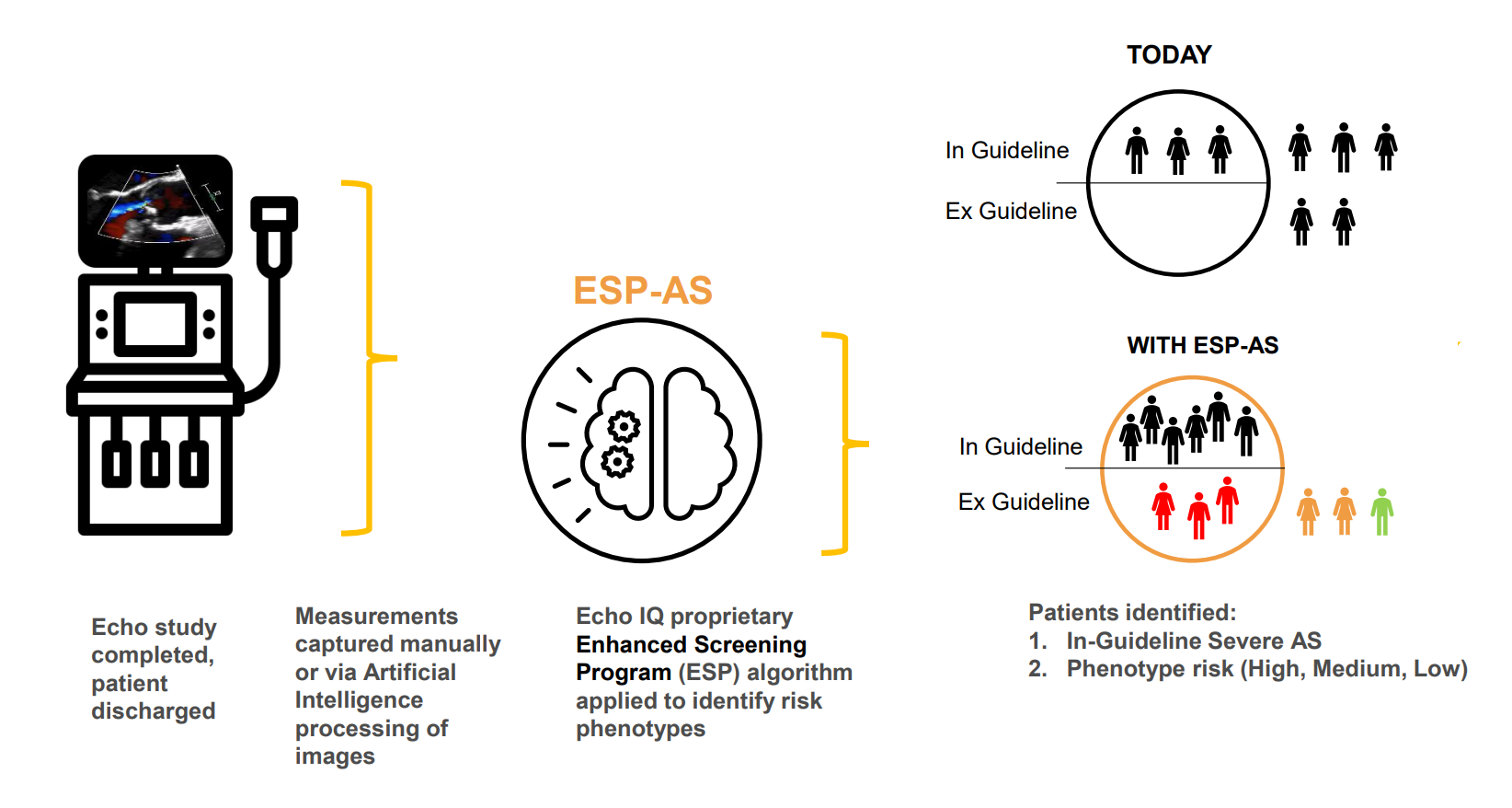 A large part of efficacy is based on Echo IQ’s access to the National Echo Database Australia (NEDA).

Further access to mortality data gives the tech its best possible chance of enhancing the ability to identify high-risk patients, and compare low-risk patients, based on ultrasound data.

Echo IQ intends to use the conference to engage with leading players in the sector ahead of regulatory approvals in the US.

It also hopes to prove its credentials ahead of an expected FDA approval next year.

“Being accepted at the ESC Congress is further evidence of the ground breaking work we are bringing to the cardiology market,” Echo IQ executive chair Andrew Grover said.

“The work being shared is fundamental for…FDA clearance, expected to be completed in early 2023.”

The US cardiology market is the largest in the world, Echo notes.

Echo IQ's three month charts show it underperforming the healthcare index - however, one week performance is up over 14%