Underlying operating profit before tax of $195m is up from the forecast range of between $183m and $189m.

Management attributes the improved outlook for the half year to underlying strength of the ongoing business, the continued growth of its new car order bank and the benefits of the group’s productivity and cost out programs.

While today’s update is decidedly more upbeat that the commentary supporting previous guidance mid-May, Eagers’ share price was up only modestly (1.14%) at noon.

The sale of Bill Buckle Auto Group delivered cash proceeds of $88m and an estimated profit before tax of $48m.

Management notes while proceeds are recognised in the expected NPAT for the six months ended 30 June 2022, they are not included in the underlying operating profit (before tax) for that period.

Given the underlying strength of Eagers balance sheet, with available liquidity of $843m and net corporate debt of $13m, the company is planning an on-market (circa $250m) share buyback of up to 10% of its issued capital. 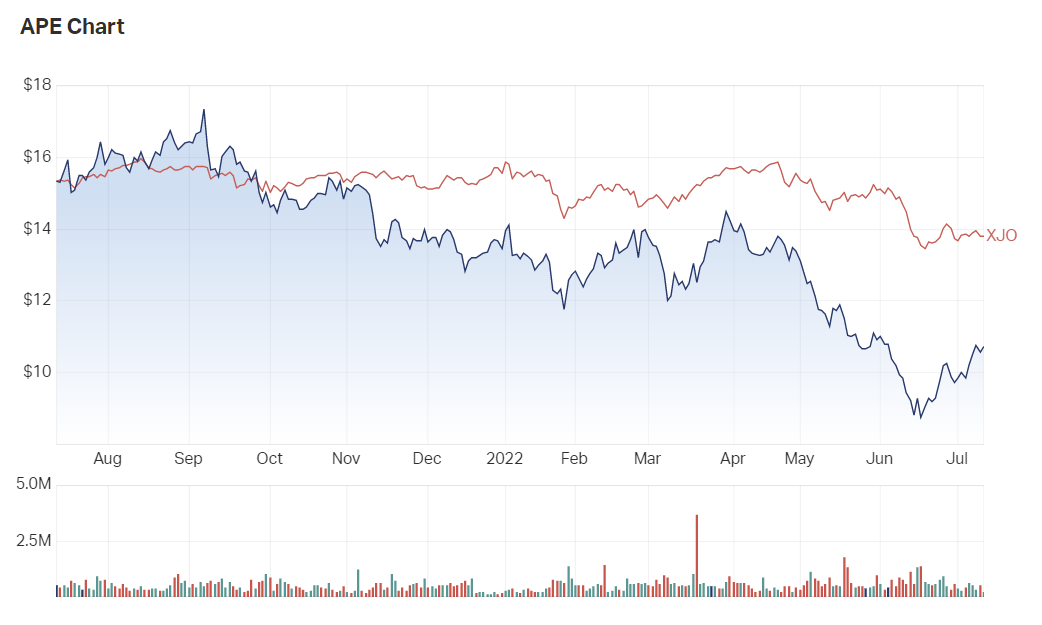 Eagers share price is down -29.42% over 12 months and since late April has fallen -24% to $10.68 after releasing pre-tax profit projections mid-May that were set to fall behind the previous period.

What clearly spooked investors back in May was management’s talk of an impending slowdown in its core business due to softening output of new vehicles delivered in first half FY22.

Consensus on Eagers is Moderate Buy.

Based on Morningstar’s fair value of $14.52 the stock appears to be undervalued.

Based on the six brokers that cover Eagers (as reported on by FN Arena) the stock is trading with 32.7% upside to the target price of $14.44.

Morgans recently (06/07/22) downgraded forecasts for Eagers on the expectation of weakening consumer demand and limited upside for near-term vehicle supply in Australia.

With higher inflation and interest rates having created higher uncertainty, Morgan Stanley has cut EPS forecasts across the range companies under its coverage by up to -37% in FY23 and by up to -81% in FY24.