Designed to investigate for zones of resistivity within the large Matilda South circular gravity anomaly to a maximum depth of 1500m, management are encouraged by AMT survey results where resistivity values are interpreted as being consistent with a mafic / ultramafic intrusion.

The Matilda South anomaly was previously reported as being interpreted to be almost certainly due to a mafic / ultramafic intrusion (refer ASX Announcement of 18 January 2022).

While this was never guaranteed, Dundas Minerals managing director Shane Volk notes that the identification of resistivity anomalies at Matilda South is the desired outcome from this AMT survey program.

“These encouraging results now provide us with distinct areas of focus, as we continue to progress Matilda South towards a maiden drilling program, which we are targeting to commence by mid-year,” Volk said. 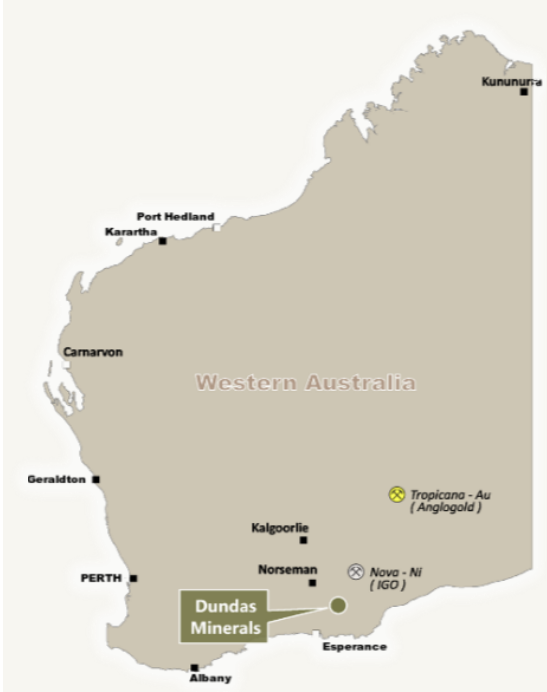 Commenting on the exploration history of the Matilda South area, Volk notes that much of the area that now sits within Dundas Minerals granted exploration licence E63/2056 was held by Canadian junior explorer IGC Resources Inc., from 2005 until 2009 (via its Australian subsidiary Goldport Pty Ltd).

“The deepest air-core drill hole was to 64m and only one hole was drilled within the area covered by the AMT survey, that hole was to a depth of 11m,” Volk said.

“Despite a recommendation being made to proceed to deeper drilling following completion of its 2006 air-core drill program1, no further drilling was ever undertaken.” 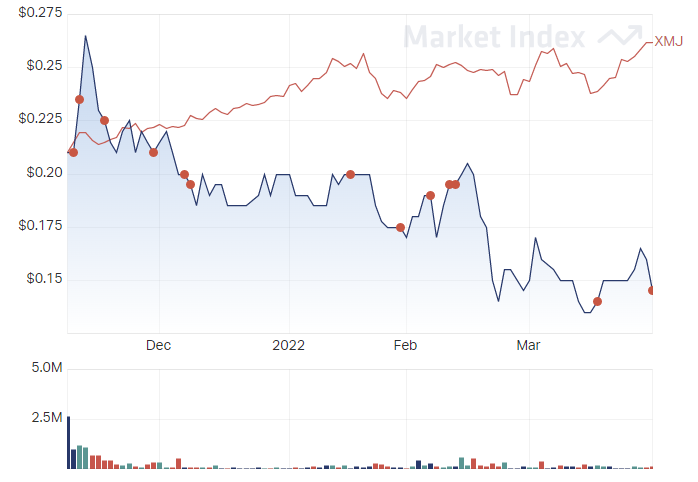 Dundas Minerals' share price has struggled over the last six months but was up around 6% at noon today.