WA1 Resources (ASX:WA1) is firing up an RC rig at Pachpadara, a target within the larger West Arunta project, on the hunt for copper, gold, and rare earths.

Within Pachpadra are two targets: P1 and P2. Both targets will receive two RC drill holes.

Drilling at both will give geos a chance to test the peak and bottom of each anomaly present underground detected in magnetic imaging.

The company expects each drill run to max out at 400m, based on current interpretations of geophysical data.

The same will be done for an eastward target called ‘Luni,’ which too will receive two RC drillholes on-site, figuring out the same things.

The company intends to report assay results for all upon receipt of all data for all six assets. It expects drilling to take three weeks, complete early August.

At that same location, evidence of copper and nickel was found in five samples taken from nearby accessible ironstone on-site.

No magnetic anomaly data was produced at the site of the rock chip sampling, and further exploration will be conducted by the company in the weeks and months ahead. 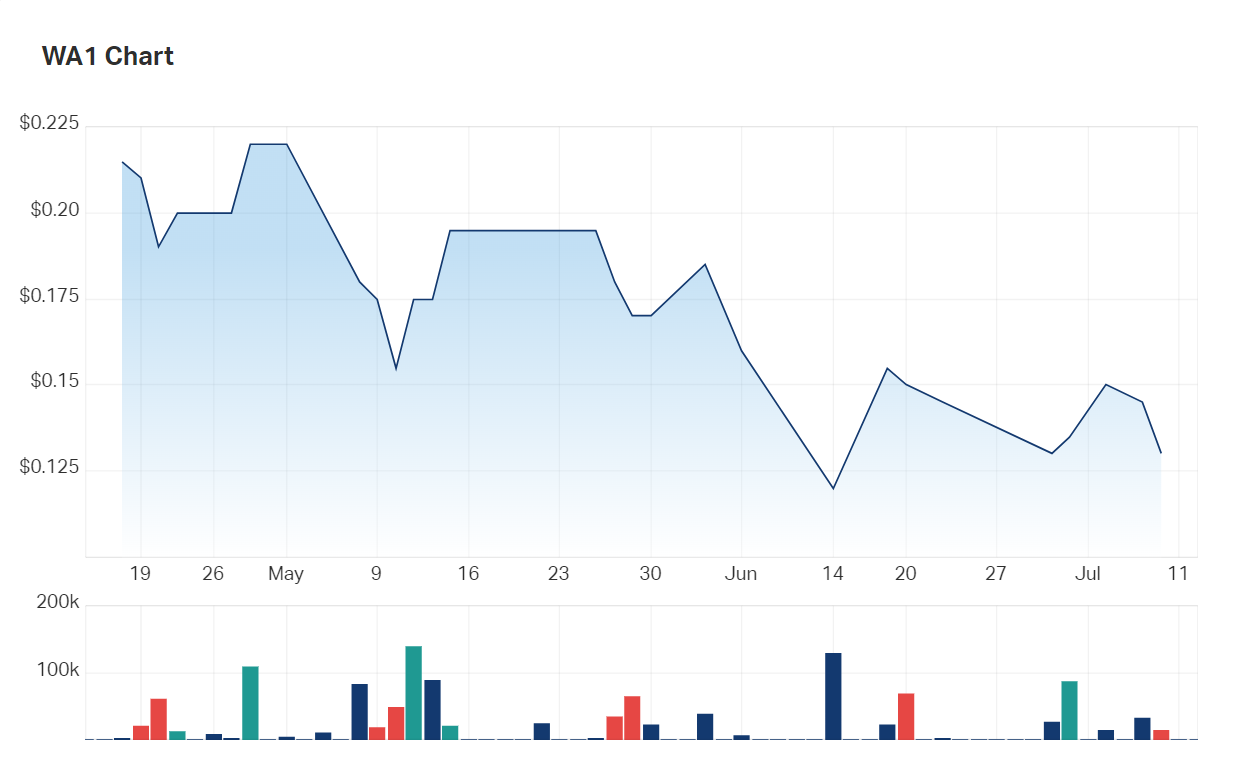 WA1 was a Market Index client at the time of publishing. All coverage contains factual information only and should not be interpreted as opinion of financial advice.