Barely six weeks since posting a -$3.9m loss for the half year – which saw the share price drop -11% - Decmil Group (ASX: DCG) this morning issued a profit warning after citing supply chain issues, higher costs and border challenges that resulted in contract losses.

The market was clearly unimpressed with today’s announcement with the share price down -13.16% in early trade.

Adding to the announced resignation of CEO Dickie Dique today, the construction engineering group also guided to a revised earnings (EBITDA) loss for the full year of between -$10m to $15m.

The company notes major difficulties accessing labour due to interstate travel restrictions related to covid which resulted in several projects in Qld and WA incurring losses.

Management also notes that delays in project commencements on two wind farms, Crookwell and Ryan Corner, where Decmil has been awarded construction contracts, have also hit the short-term revenue outlook.

Commenting on today’s announcement, Dique said that the forecast financial result was largely influenced by cost overruns at a Qld road project and the financial collapse of a subcontractor in WA.

While Decmil is required to book the expected total loss on those projects in its FY22 results, it may recover some of those losses in claims in FY23.

While delays in project commencements on two windfarms, Crookwell and Ryan Corner - where Decmil has been awarded construction contracts - have impacted the company’s short-term revenue outlook, Dique reminded investors that Ryan Corner has now received all permits.

While on site work at Ryan Corner should begin in April, Crookwell is currently awaiting permits to commence work.

Dique was also quick to remind the market that recent contract losses did not reflect the success of other projects in the Company’s work portfolio. 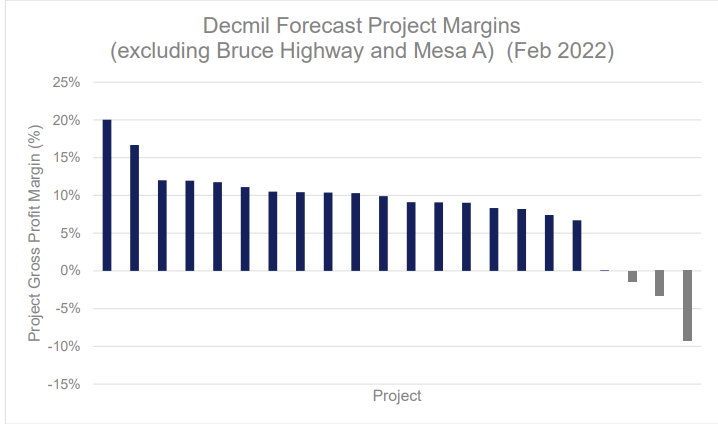 Decmil currently has 24 active projects, 19 of which are forecast to have a positive gross profit margin.

“The losses on the projects referred to above are confined to a small number of projects and while many other significant projects, such as Albany Ring Road, Mordialloc, Gippsland Line Upgrade (GLU), and Barwon Heads, are all tracking well, “said Dique. 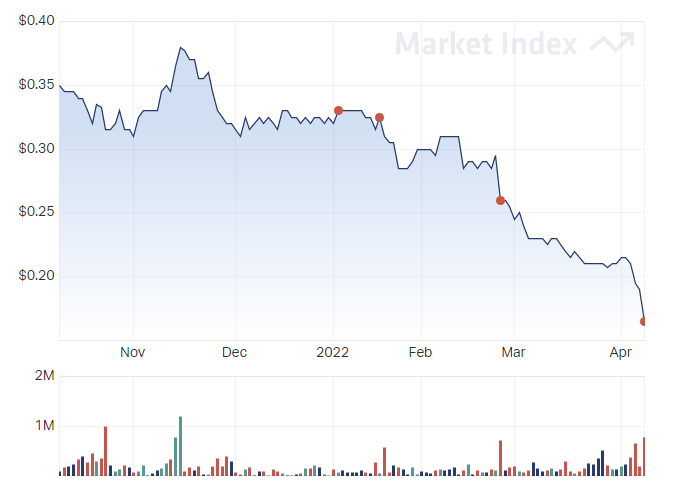 Decmil Group's share price has been losing ground over the past six months.