The broker's change in outlook came as the NZ government removed a 10-day self-isolation period for Kiwi citizens and highly skilled workers, ahead of its plan to open up to travellers from Australia and elsewhere later in the year.

The broker also predicted that regulated aeronautical prices, or landing fees, charged to airlines, could be increased by the NZ Commerce Commission in the next regulatory period, boosting the airport's top-line revenue as travel picks up.

As with other airports, shares in the Airport have fallen sharply, by about 23% since the start of 2020, when nationwide lockdowns closed off most international travel, and subsequent domestic lockdowns caused by covid outbreaks cut domestic passenger numbers.

In the first half FY22, the Delta outbreak that surfaced in NZ mid-last year strangled a nascent recovery in domestic passenger numbers, which had at the time returned to 90% of pre-covid levels.

The numbers fell to near zero in August but had climbed back to near 40% of pre-covid levels by the year-end.

The collapse in passengers has hammered the airport, which provided earnings guidance for FY22 of an underlying loss after tax of -$25m-$50m.

First half FY22 worse than a year earlier

On February 24, the airport reported a first half FY22 net underlying loss after tax of -$11.5m, -21% worse than the loss for first half FY21. Total number of passengers decreased to 1.7m, down -39%, and the airport once again did not pay any dividend.

Revenue fell across most of its business units, including a -40% drop in revenue from hotels, -30% less revenue from parking, and -1.4% less in retail, where contracts protected the airport to some extent.

The Airport’s property unit was the only standout, increasing revenue by 16.6%.

The airport’s CEO Carrie Hurihanganui expects international travel numbers to remain low for the rest of the year.

“While the recovery pathway remains uncertain, there is demand for travel and people want to fly as soon as they are able,” she said. 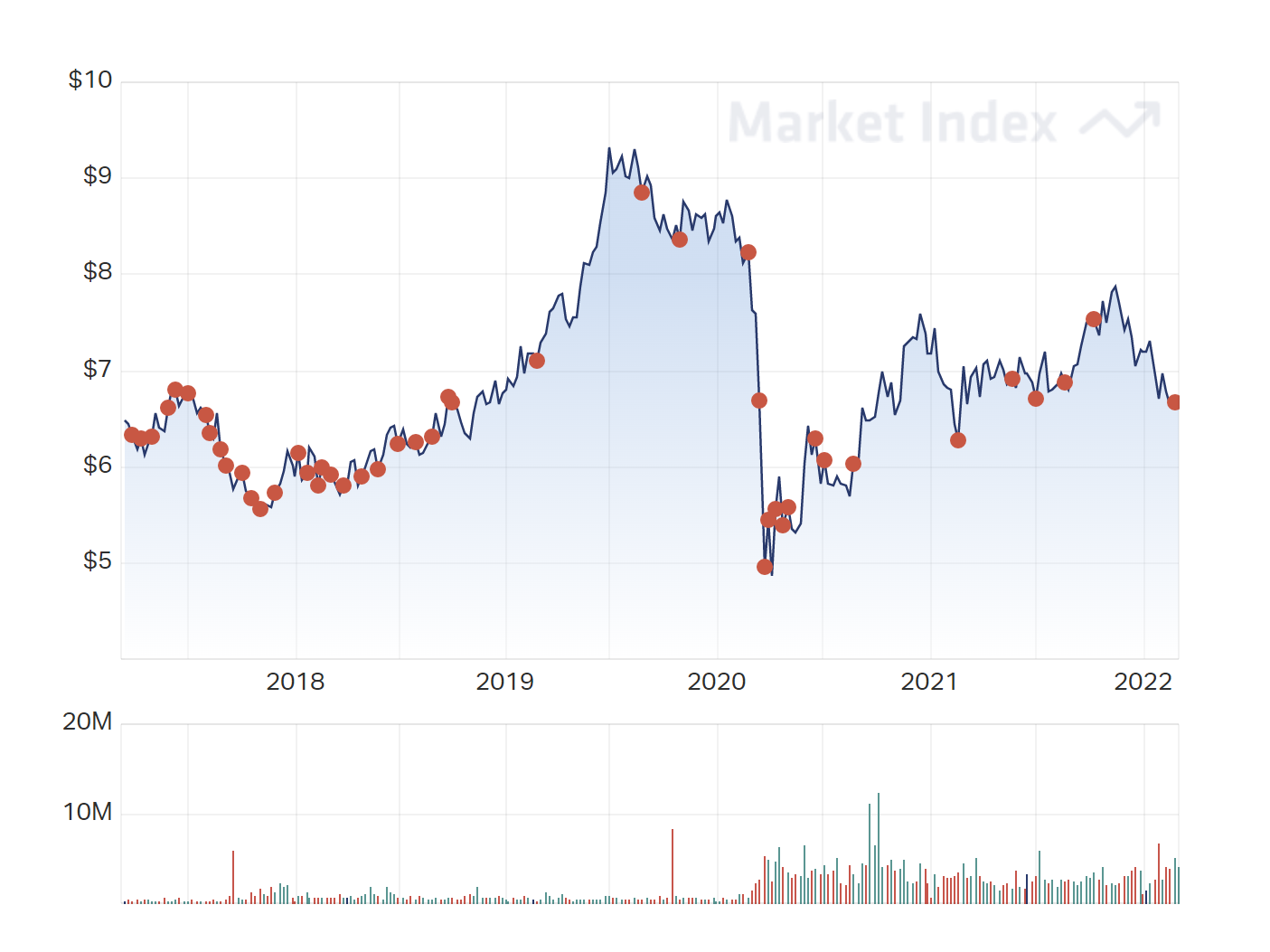 Note when the rot set in on the airport's share price

What the Brokers think

Morgan Stanley: Result was in line with expectations, though property portfolio performance offset some of the loss. Equal Weight rating and target price retained.

Macquarie: Results in line with expectations. Border reopenings have been delayed longer than expected, with a recovery pushed beyond six months. The broker reconfirmed its Outperform rating with a lower target price.

Consensus on the airport is Hold.