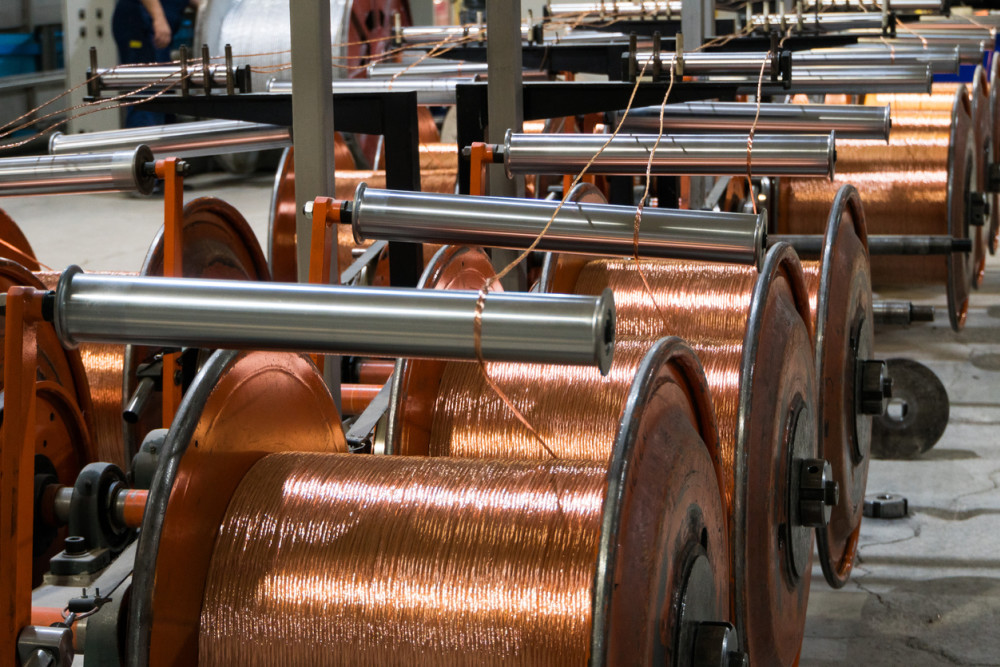 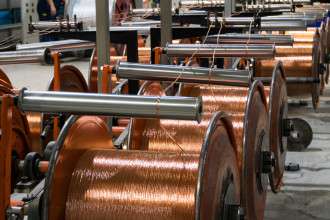 The rapid deterioration of copper prices could be a cause for concern, down almost -15% since mid-April to an 8-month low of US$4.1/lb.

Copper is often seen as a barometer of the world economy, given its acute sensitivity to global industrial activity.

Copper prices were breaking out in early March thanks to a combination of strong demand from developed markets, underperforming Chilean mine supply and recovering demand from China.

Supply-side conditions were tight, with Goldman analysts forecasting a refined copper deficit of 374,000 tonnes in 2022, followed by enlarged deficits for 2023 and 2024.

Fast forward to May, a demand destruction narrative is beginning to unravel from concerns about a slowdown in global economic growth and weaker consumption. 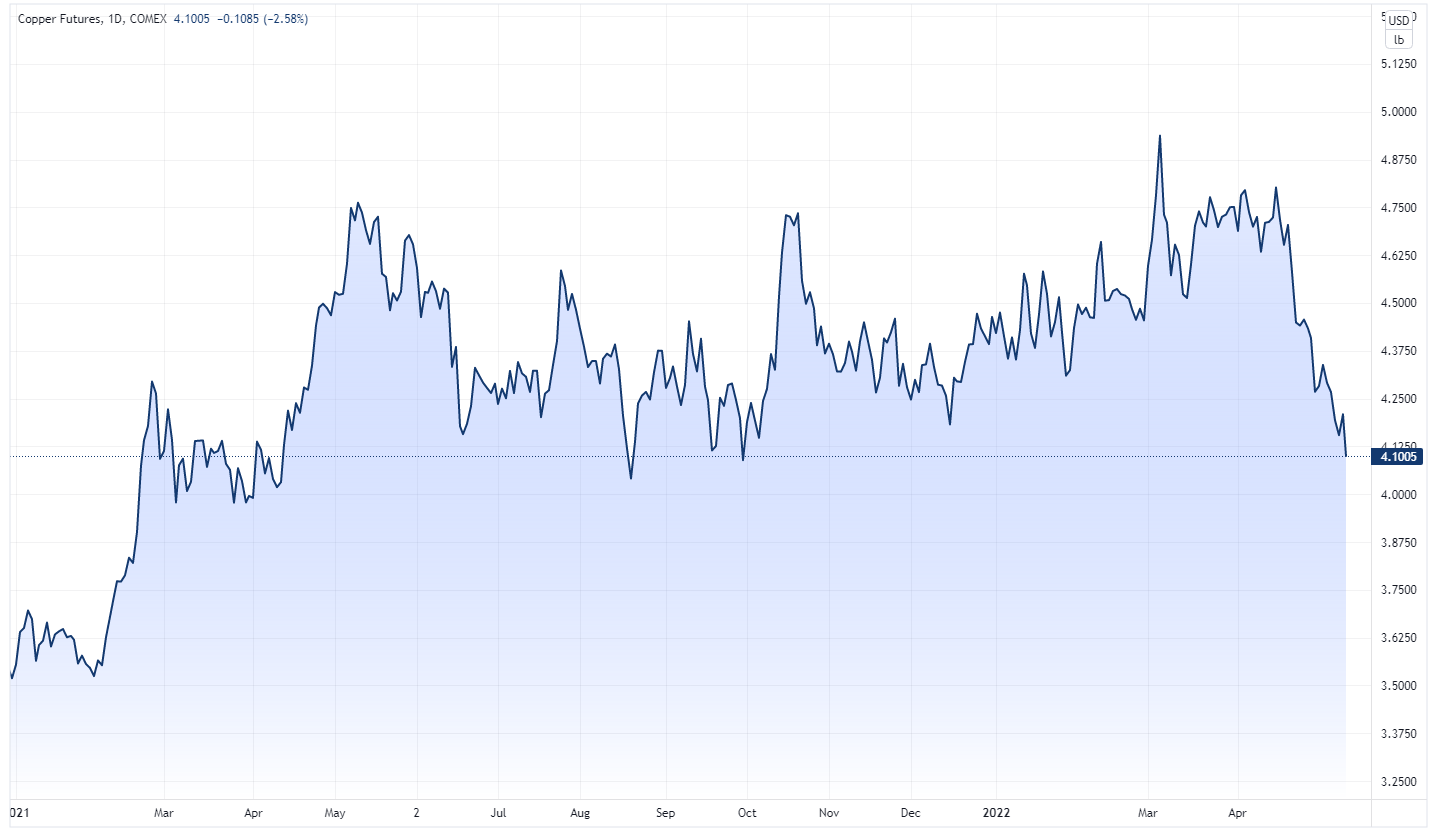 March quarter GDP readings from major economies are beginning to show cracks amid a squeeze on living standards.

Fitch Ratings cut its forecast for China's GDP growth to 4.3% from 4.8%, well below the country's target of 5.5%. Fitch said that "recent mobility trends suggest that China’s growth momentum deteriorated significantly in April."

"Our forecast remains subject to downside risk if containment measures fail to bring new outbreaks under control quickly or if the easing of current restrictions is delayed."

Earlier this week, Shanghai health authorities said that covid transmission risk has been effectively curbed as fewer and fewer cases were detected outside of quarantined zones.

Authorities reaffirmed their view that the city should stick to lockdowns and control measures to avoid a rebound in case numbers.

The US consumer price index hit 8.3% in April compared to expectations of a 8.1% gain.

Hotter-than-expected inflation rattled the markets on Thursday, in anticipation of a more aggressive push from the Fed. 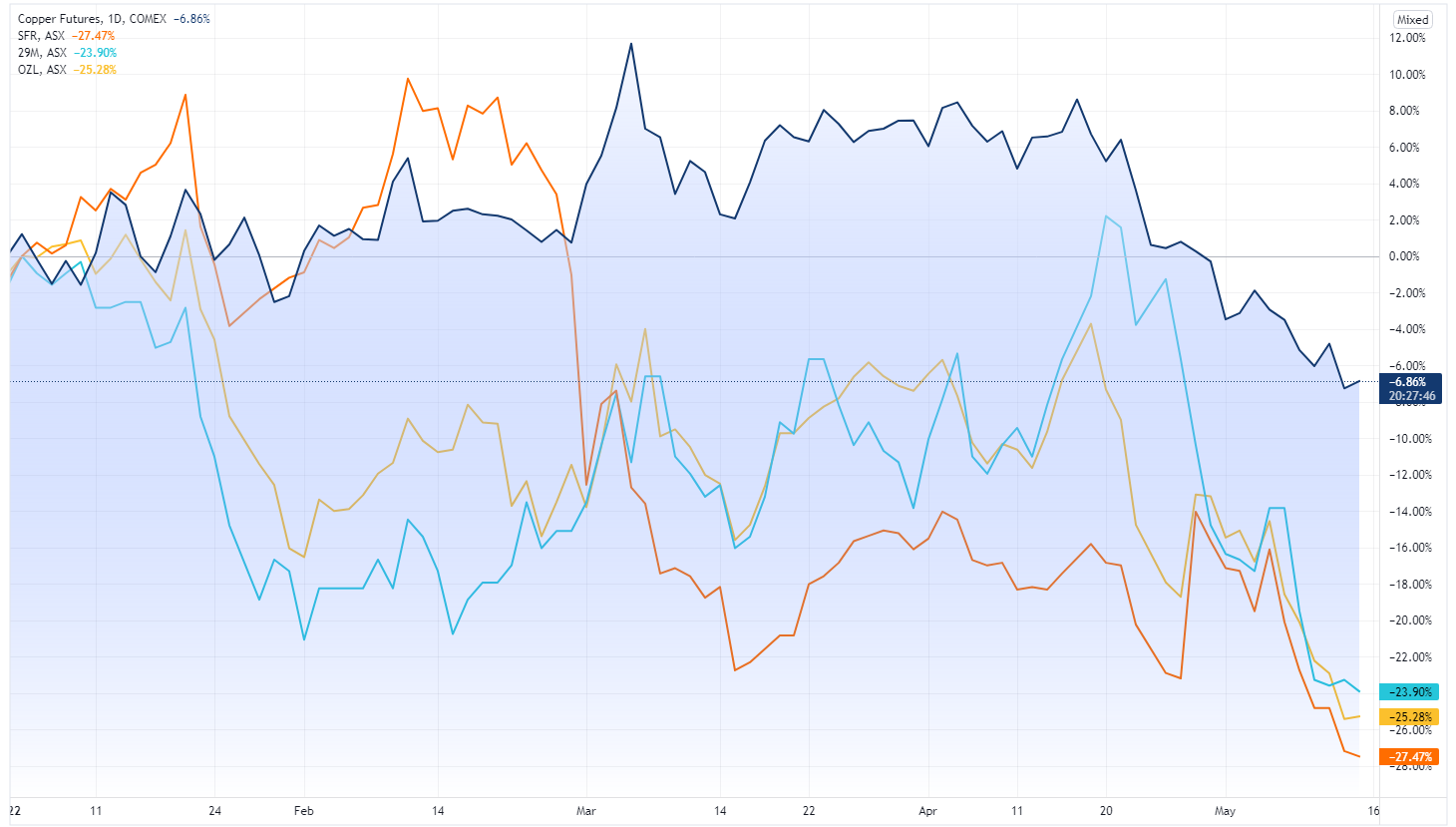