Buyers have returned to the downward spiraling Codan (ASX: CDA) after management reaffirmed that FY22 will be another record setting year for profits.

Down but not out

“The Board is expecting the record FY22 first-half profit of $50m to be matched in the second-half of FY22. This will result in a record FY22 full-year profit,” said Codan in a statement to investors this morning.

The expected $100m net profit for FY22 will represent an 11% increase compared to FY21.

The Board expressed its intentions to pay out 50% of profits as fully franked dividends. At Codan’s current share price ($7.73) this represents a yield of roughly 1.9%.

Codan made a conscious decision to increase inventory levels in the first-half of FY22. This took a toll on cash flows, which was -$12.9m compared to $49.8m a year ago.

“Our decision to invest in inventory rather than let customers down has proven to be the correct one,” said Codan management.

“Notwithstanding this investment in inventory, $41 million of cash has been generated from operating activities so far in the second half of FY22, this is a significant improvement over the first half, which had an operating cash outflow of $13 million.”

Shorts are on the rise

Codan's short interest as at May 16 sits at 1.77%, not too high at face value but rapidly rising from less than 0.1% at the beginning of the year. 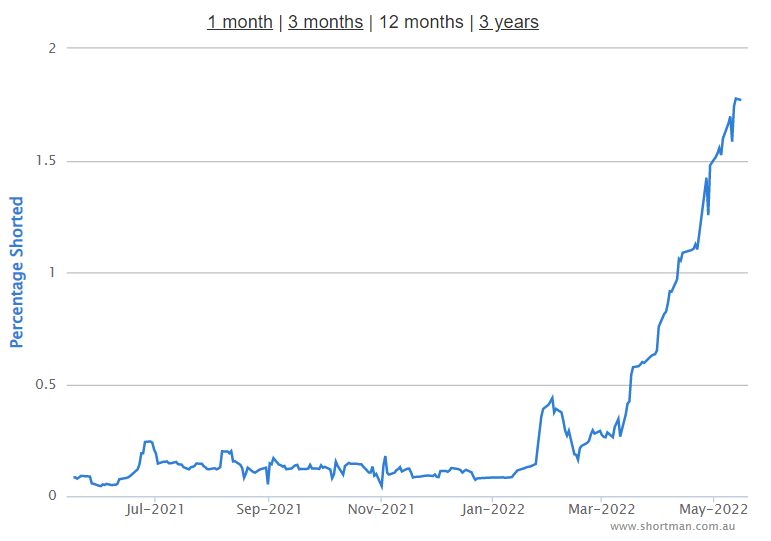 If cashflows are rebounding in the second-half, does that imply Codan has normalised its inventory levels?

Have supply chain conditions improved enough for the company to lax on inventory?

Can the bounce hold?

This isn't the first time Codan has bounced from oversold levels.

Three weeks later, Codan was back below pre-trading update levels.