Cobalt Blue Holdings (ASX: COB) was up 21.74% at the open this morning after disclosing that the coalition government has granted the small-cap ($165m) green energy exploration company “major project status” to a $560m cobalt mine near Broken Hill.

In an attempt to boost Australia’s stake in global lithium-ion battery supply chains, the mine has been earmarked to produce 16,700 tonnes per year of cobalt sulphate.

To the uninitiated, cobalt sulphate is a key ingredient in the making of electric vehicle batteries. 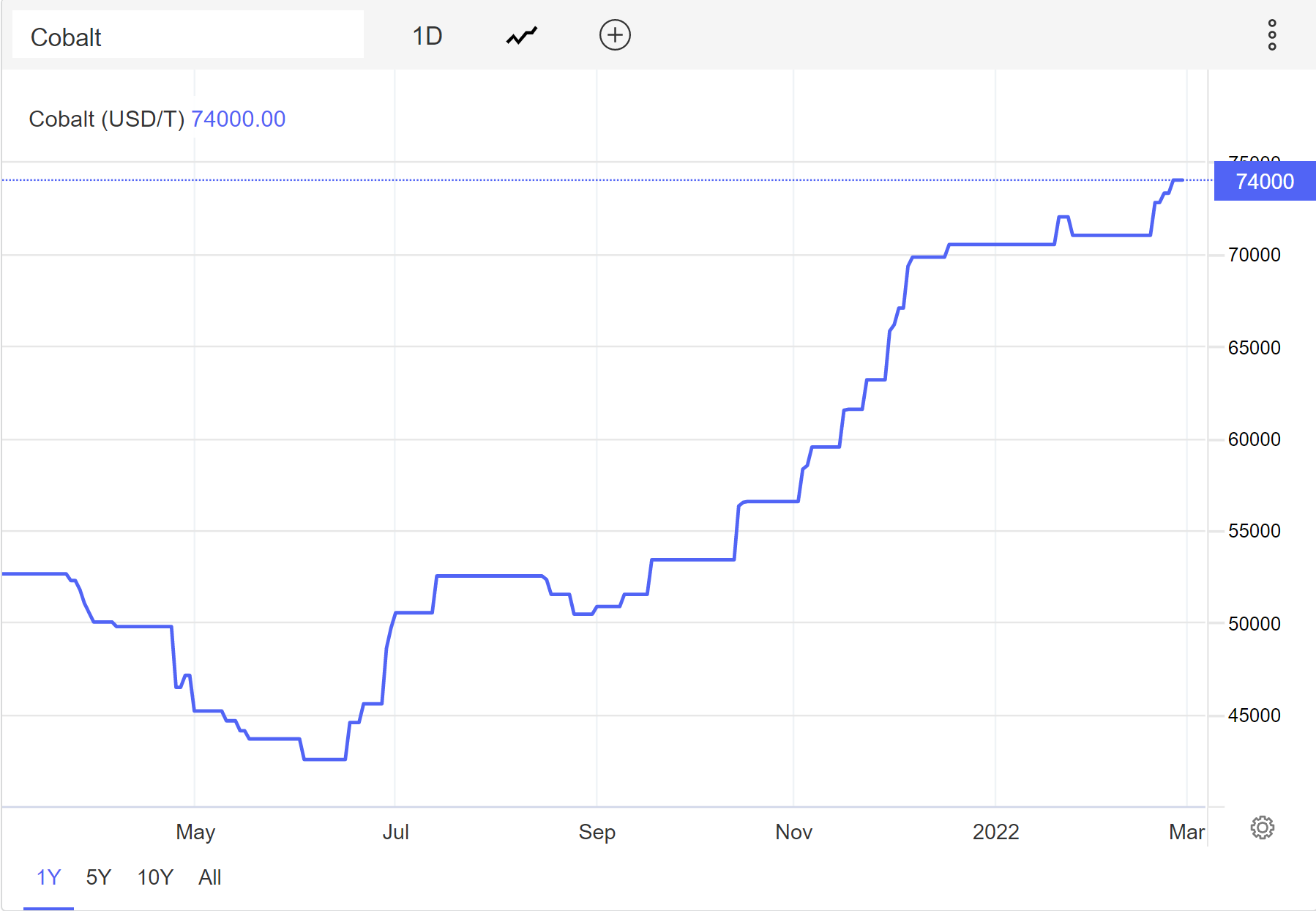 Today’s announcement also gets a big tick from the ethical investors with Cobalt Blue management declaring their commitment build the world’s biggest “ethical” cobalt mine.

The special status announced today isn’t accompanied by government funding nor does it incubate the project from risk. However, what it is expected to do is fast-track approvals and red tape on the pretext that the overall project is of national strategic significance.

Why cobalt and why now?

Simply put, demand for cobalt is expected to mirror the unprecedented demand for EV batteries, and the race is on for new mines to ensure there’s sufficient supply.

US Geological Survey (USGS) data reveals just how much of the current world supply is reliant on the Congo (DRC) which is currently home to 70% of global supply, much of which is turned into refined cobalt by China.

Based on USGS data, 1.4m tonnes of reserves have been identified in Australia, second only to Congo, with 3.5m tonnes. This is in addition to the 5600 tonnes Australia produced in 2021, making it the world’s third largest, behind the DRC (120,000 tonnes), and of all places, Russia (7600 tonnes).

A helpful leg up

Cobalt Blue’s CEO Joe Kaderavek expects major project status to “greatly assist” the company in raising development capital “by recognising the strategic importance given to this project by the Australian government”.

“This milestone is critically important for overseas partners and well-timed in our development journey. COB can now boast both Made in Australia and Backed by Australia,” said Kaderavek.

Founded in 2016, Cobalt Blue aims to become the world’s biggest supplier of “ethical” cobalt from a mine 25 kilometres outside Broken Hill, NSW. The Broken Hill Cobalt Project (BHCP) is the only large scale, ex African, greenfield primary cobalt project globally.

As well as receiving strong state and federal government support, the BHCP has also attracted interest in partnerships from several commercial players in the battery or battery chemical space. 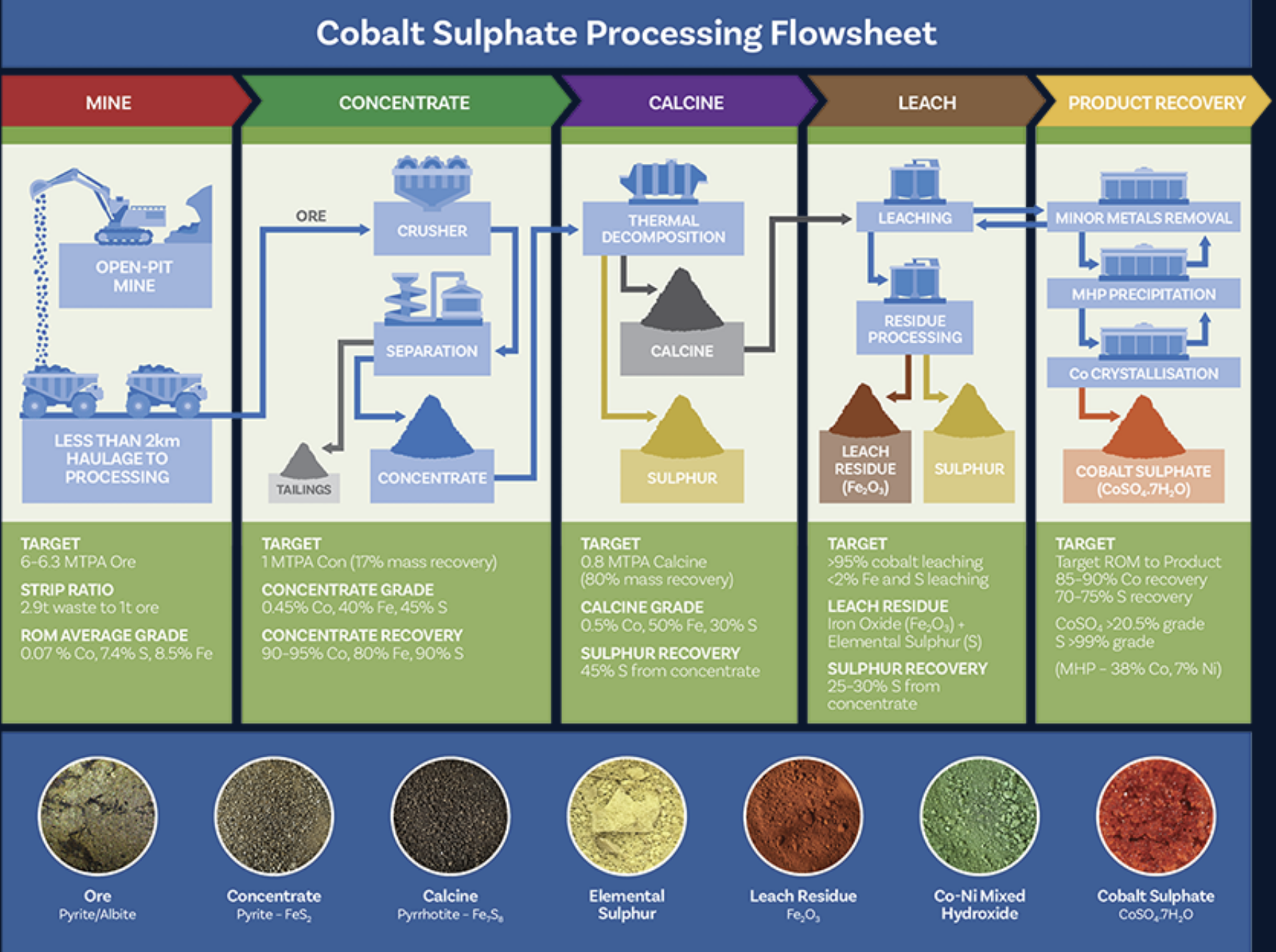 The main targets for exploration within the BHCP project are well known and document large-tonnage cobalt-bearing pyrite deposits. The project area remains under-explored with the vast majority of historical exploration directed at or around the outcropping pyritic cobalt deposits at Pyrite Hill and Big Hill.

Numerous other prospects within COB’s tenement package are at an early stage and also remain under-explored.

The company plans to update the market regularly on future developments, and news of future capital raisings are also likely.

Based on Morningstar's fair value of $0.69, the stock appears to be undervalued, even after today's rally.

Finally a day in the sun: The Cobalt Blue share price today. 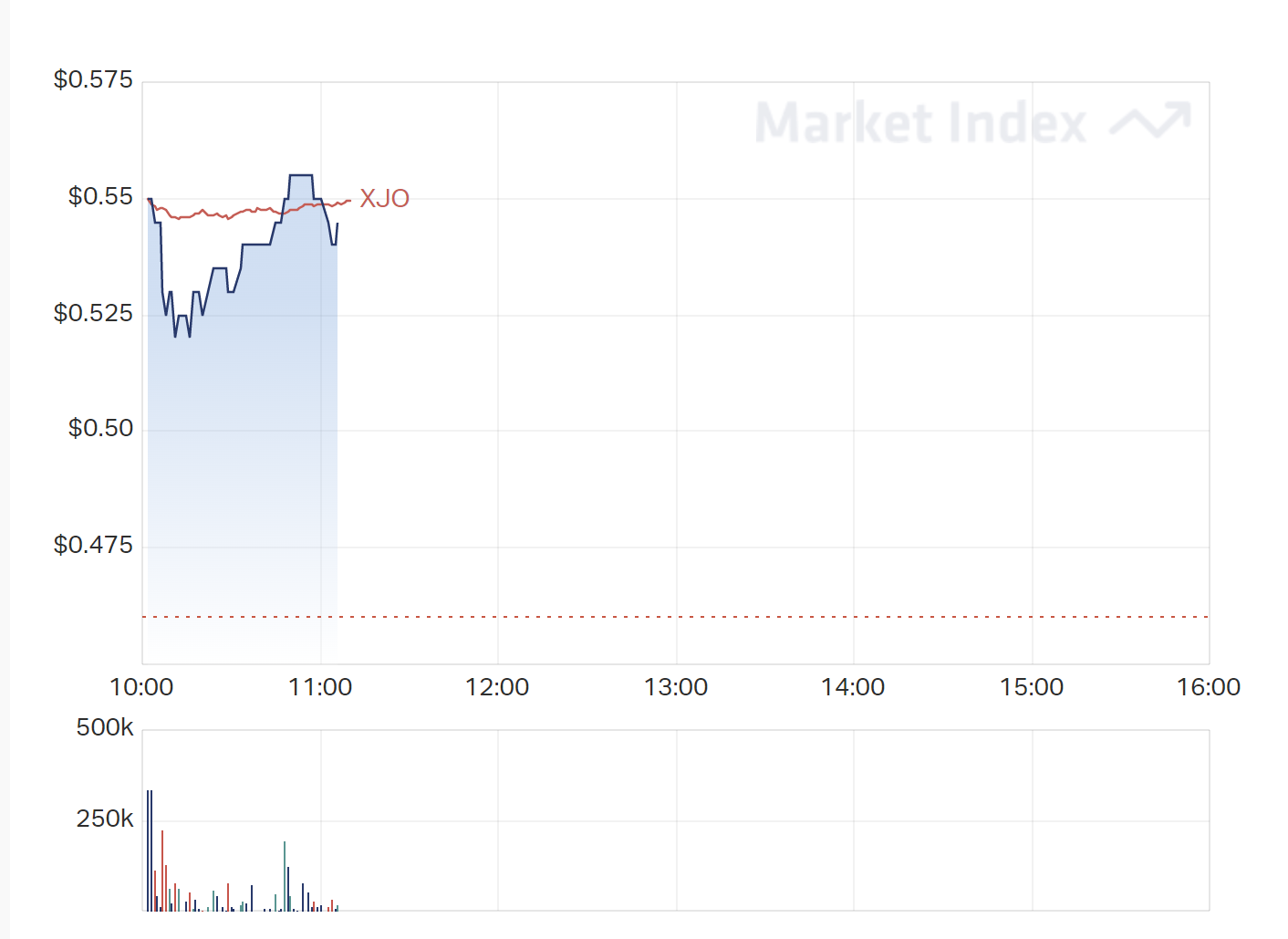 Cobalt Blue is on a tear today.

Over the last 3 years, earnings at Cobalt Blue have declined by an average of -22.90% annually. This is worse than the industry average growth of -0.82%.