BMG Resources up over 30% as gold resource doubles

BMG Resources (ASX:BMG) has seen its share price enjoy a substantial and abrupt increase today to 5cps in the early afternoon from 3cps as the company announces the discovery of more gold than realised onsite its Abercromby Gold Project in WA.

BMG Resources notes at least five new intersections of gold have been logged onsite including 10m at 11.71 grams of gold per tonne from 295m.

That most promising result, in drill hole 21ABDD004, was completed 250m to the south of already logged mineralisation onsite, which BMG Resources is hopeful reflects a healthy strike extension potential to the East Lode geology of its project.

The company also highlights in its release today that results from a 10,300 metre aircore drilling program completed in February 2022 to the south of the Capital Prospect are soon to be released.

If those results indicate further promising signs for the resource potential onsite, BMG Resources is likely set to enjoy a higher valued acreage than it was previously aware of by way of existing drillwork and tests.

The new results from today stem from works also completed in February earlier this year which covered 2,613 metres of assays.

The program was comprised of five diamond tails and five standalone drillholes targeting specific depths to map strike extensions, today confirmed by the company, though continuity between drill locations is to be further surmised by pending aircore data.

BMG Resources’ geo team predict the Capital Prospect has a number of north-west trending shear zones that contain internal high grade gold deposits. All drillwork to date, and ongoing, aims to figure out exactly where and how deep the company should exert its efforts.

BMG Resources’ most exciting recently discovered find in the February assay drilling, at 11 grams of gold per tonne, is the immediate focus for the company’s next steps.

It has secured another diamond drilling rig to execute a replacement hole so as to test the extension of the West Lode.

Upon the receipt of test results from the aircore works, the company will continue to define the continuity of gold onsite, peruse aircore numbers to see if there are any other targets waiting to be found, and update the JORC compliant resource estimate onsite.

BMG shares are currently up some 35%. 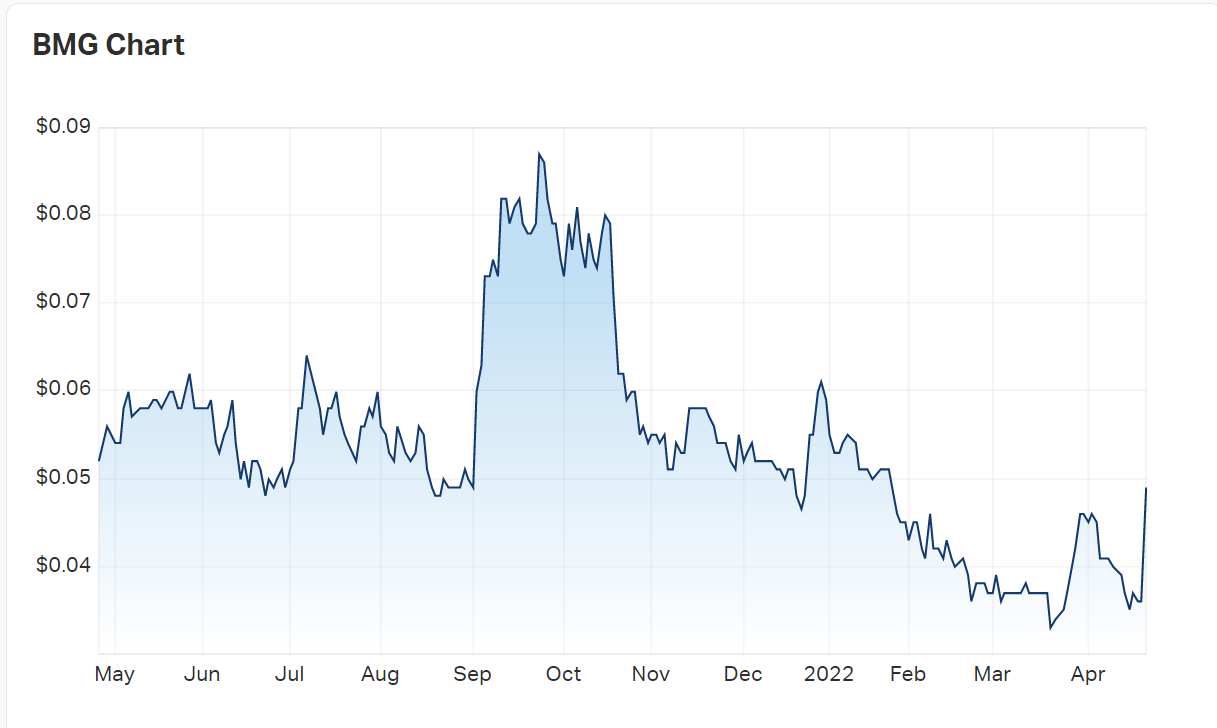