A scaling back of rate hike expectations for the Reserve Bank (RBA), after inflation data failed to offer any upside surprise, saw Australian government bonds mirror falls by their US counterparts this week.

Having shed 27 basis points since Monday, the three-year government bond yield fell to 3.1%, the lowest since early May, while the 10-year rate slipped back to where it was 28 April at 3.11%.

Interbank futures imply a 90% chance the RBA will increase its current 1.35% cash rate by 0.5 of a percentage point at its next policy meeting - always the first Tuesday of each month - on 2 August.

Adding to the scale back in rate hike expectations this week were cuts by Treasurer Jim Chalmers to the country's forecast economic growth by half a percentage point for this fiscal year.

However, Chalmers did predict inflation peaking at a very high 7.75%.

Meantime, bond markets expect the cash rate to reach 3% by Christmas and peak at 3.3% by April.

The A$ rose to a six-week high of US70.12¢ following a decision by the US Federal Reserve (The Fed) to raise rates as expected.

Interestingly, The Fed dropped forward guidance on policy after noting that future moves are more dependent on the flow of data.

Contrary to what the head-line numbers tend to suggest, The Fed chairman Jerome Powell sees the strong labour market as a reasonably good indictor that the US is not in a recession.

The market took solace in Powell’s reassurance that while rate increases to date are still working their way through, the central bank could start to slow the pace of tightening. 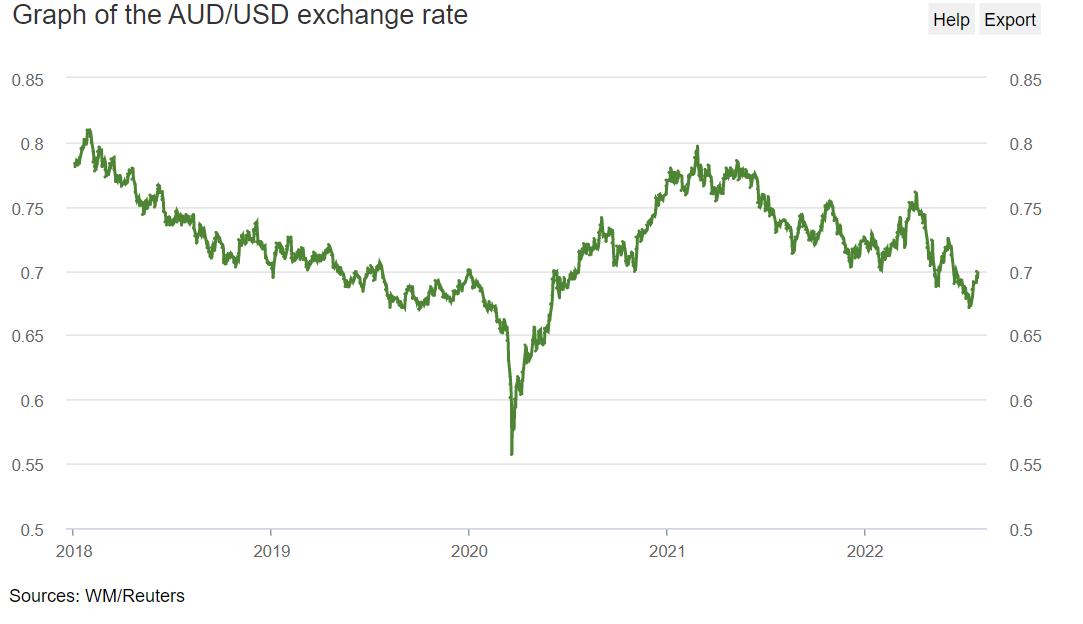