The ASX is poised for a fall at open following a weak session on Wall Street. The Dow Jones fell heavily as cyclical sectors like banks, energy and industrials weighed. 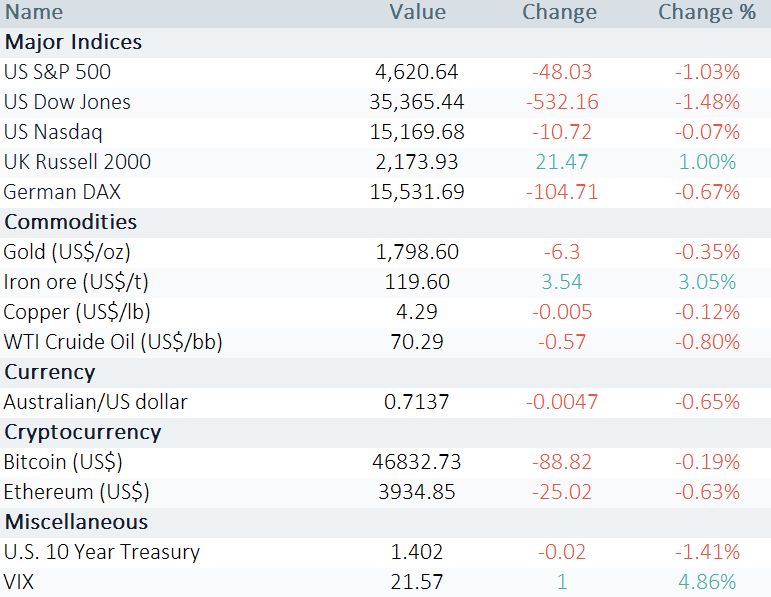 Major US indexes closed lower last Friday as investors assessed the economic impact of the rapidly spreading omicron variant and the most recent decisions by central banks around the world.

The blue-chip Dow Jones fell the most as cyclical sectors like financials and energy underperformed. While the tech-heavy Nasdaq closed at almost breakeven. 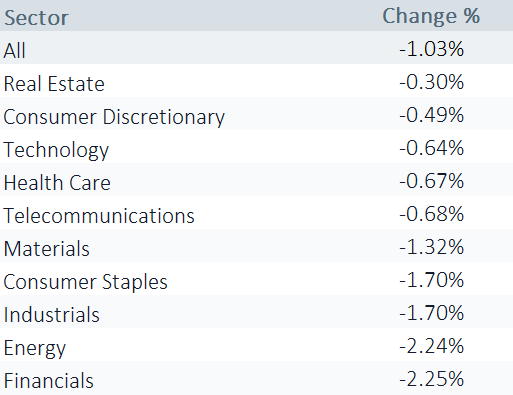 The financial sector was the biggest drag with a -2.3% loss after bank stocks posted outsized declines. Wells Fargo lost nearly -5%, while Citi, Bank of America and JPMorgan all lost over -2%.

“Covid news may continue to be a drag for oil prices for the rest of the year, but prospects of $100 oil at some point next year will lead to some buying on every critical support level,” said OANDA senior market analyst Ed Moya, adding that “WTI crude appears posed to hover around the $70 area.”

Technology stocks held up relatively well but still registered step losses for the week. Microsoft, Alphabet, Tesla and Apple all declined between -4.1% and -6.8% last week. 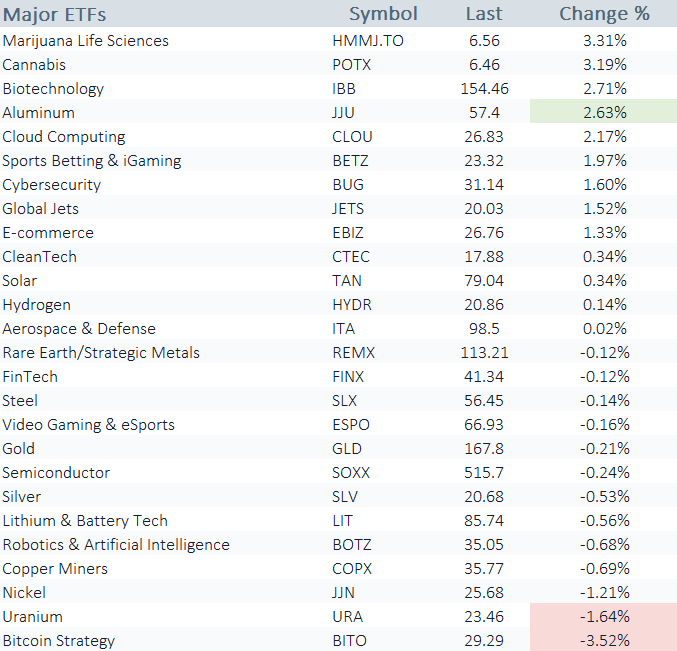 The Cannabis ETFs staged a small bounce off multi-year lows. Despite topping the ETF leaderboards, the move didn't test any major price points or moving averages.

The Aluminium ETF is pushing 2-month highs as spot prices bounced from US$2,600/t to US$2,700/t. The aluminium market is expected to fall into deficit next year as China cuts production ahead of its Winter Olympics.

The Bitcoin ETF closed at yet another fresh all-time low. Crypto markets remain on edge after reports that Russia’s central bank may look to ban investing in cryptocurrencies.

The central bank is concerned that aggressive marketing by brokers and the nation’s comparatively lower levels of financial literacy could push people into high-risk products. A report is being prepared to outline its position on a possible ban, according to Reuters.

The Uranium ETF continues to hover just above its 200-day moving average. Uranium stocks have been pummeled in recent months following a sharp re-rate between January and September.