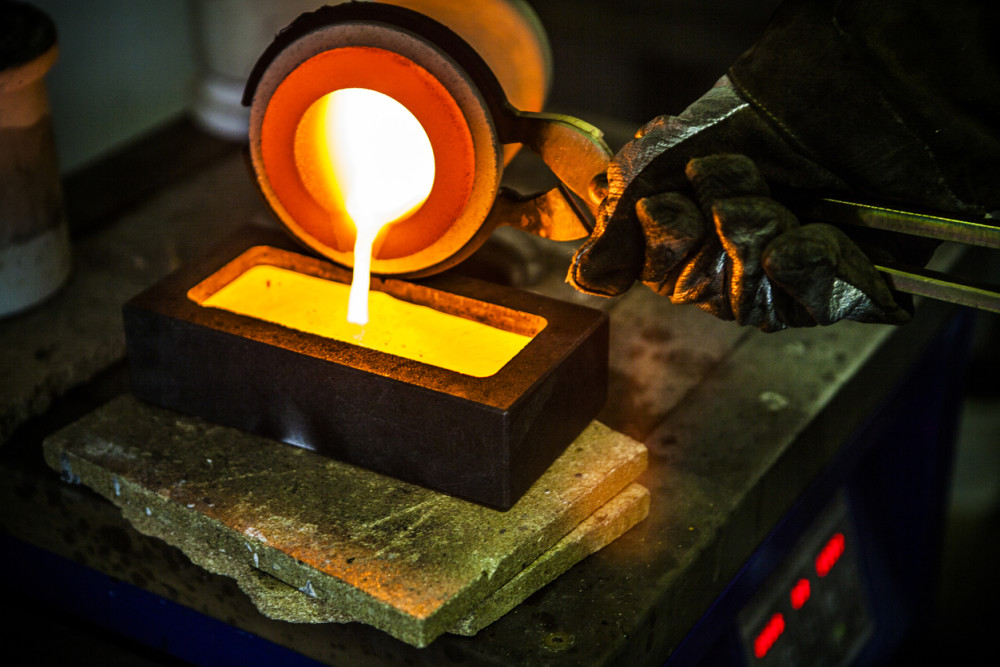 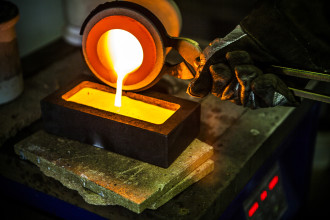 Askari shares are up 9% to 54cps as the eastern states heads towards 1PM.

Askari Metals notes the cores were retrieved from drill holes located along strike of Ramelius Resources' (ASX:RMS) Edna May Gold Mine.

The Phase II drilling assay results, which turned up the 8m core @ 4.88g/t in ABRC027, are to be followed by a second RC campaign for a further 3,000m of drilling. 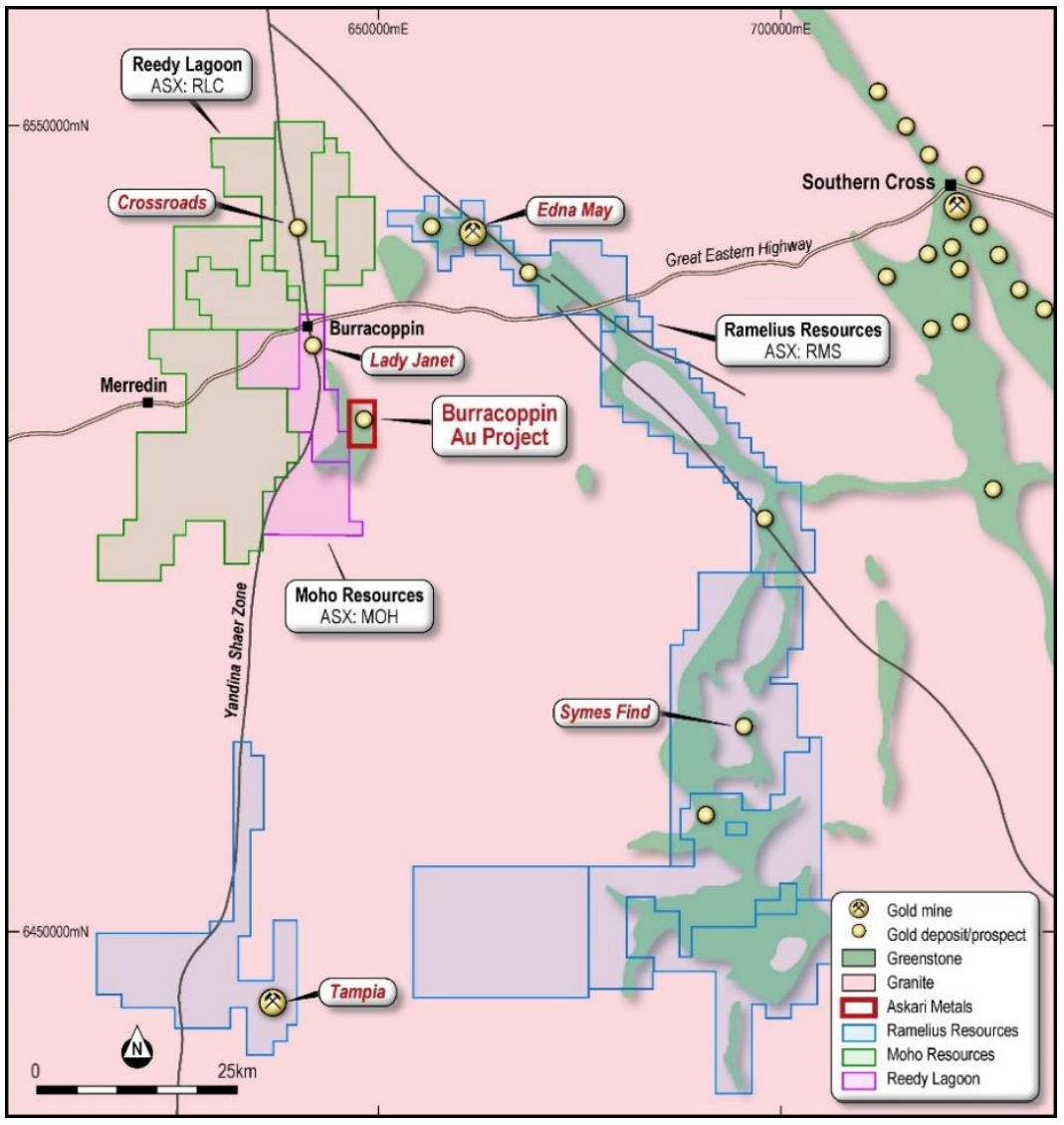 A map showing the location of Askari's WA Burracoppin acreage

The first drilling already conducted targeted mineralised zones on site associated with historic workings and proximity to shafts dating back to the 1930s.

Burracoppin is located some 20km to the east of Merredin. Phase II of the RC drill run was completed in late February 2022 and comprised 13 holes for 1,300m.

Interestingly, the company is optimistic on the accuracy of newspaper reports from the 1930s that suggested gold produced at Burracoppin returned grades over 10g/t, though the exact quantity of such mineralisation remains unclear.

Phase III to launch in late May

Phase III drilling will commence later this month with results expected early in H2 of 2022.

The Phase III drill campaign will test the validity of a 3D mineralisation model the company retains on the cards to inform the progress of future exploration. 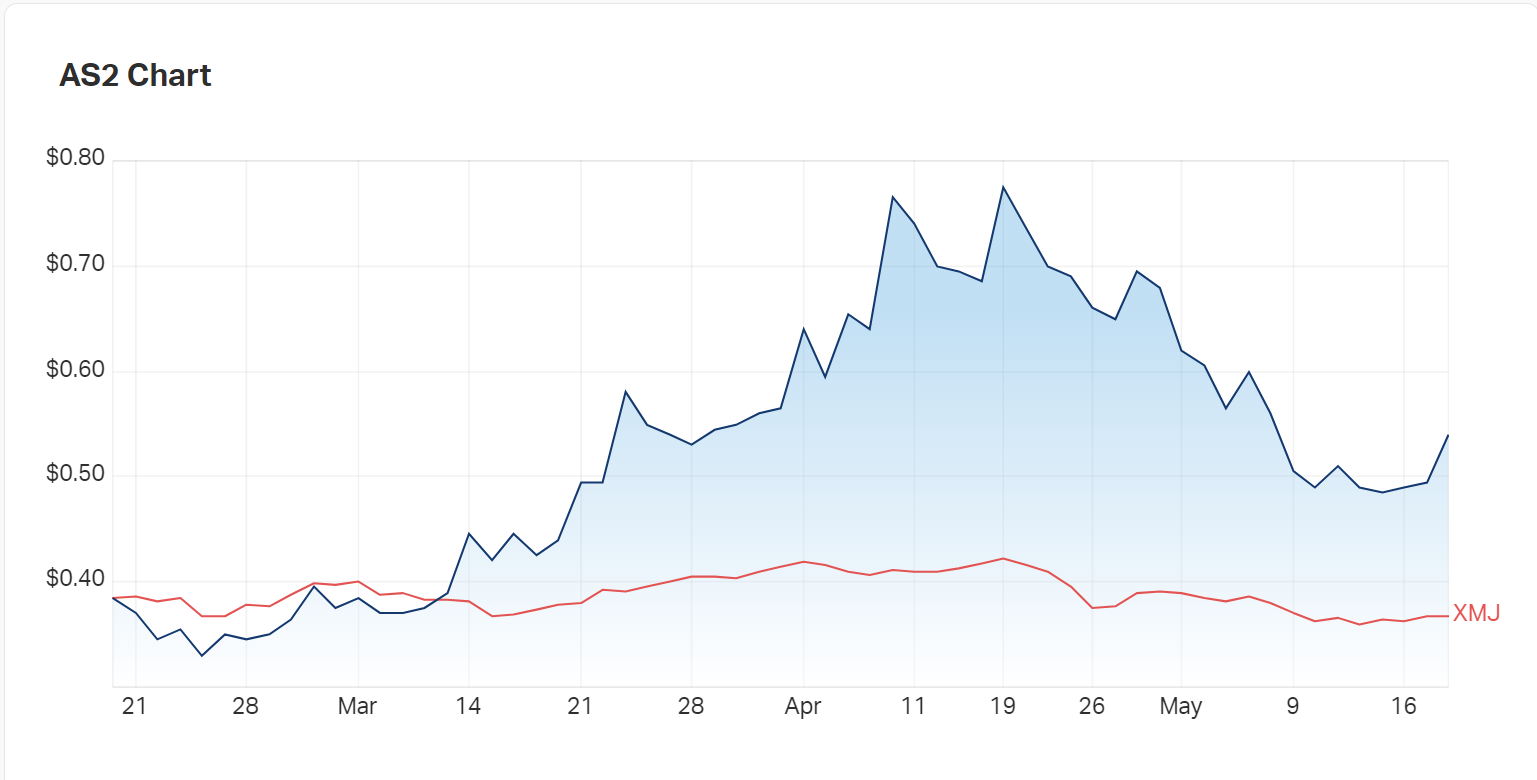 The shape of Askari's three month chart versus the materials index