Surging lithium prices has helped Allkem (ASX: AKE) deliver a significant uplift in earnings for the first-half of FY22.

The company's stock has reversed opening gains of 5.5%, now down -2% in late morning trade.

Financials at a glance

This is the first time Allkem will be reporting as a combined entity following its merger with Galaxy Resources.

Mt Cattlin is an established WA-based mine, previously owned by Galaxy. The project has achieved a material uplift across all operational and financial metrics including:

Allkem said that March quarter pricing was already double December quarter prices, up 111% to US$2,500 a tonne.

An exploration program has been planned to commence in March to “test immediate extension to mine-life”.

The reopening of WA borders on 3 March is expected to reduce the pressure on staff and material resources, and improve cost management.

Olaroz sales were down -24% following a decision in 2020 to reduce excess inventory during significant market softness.

At the same time, costs rose 20% due to producing a higher grade of lithium carbonate as well as elevated labour and gas prices.

Allkem has upgraded its second-half price guidance for lithium carbonate to US$25,000 a tonne, up 125% compared to the first-half.

Allkem said its Stage 2 expansion reached 68% completion on 31 December. However, the company raised total Stage 2 costs by 10-15% to US$375-380 to reflect inflation and changes to project scope.

Allkem has largely completed the construction of the Naraha facility, designed to convert Olaroz lithium carbonate into lithium hydroxide.

Lithium hydroxide is a refined and more expensive product that enhances the performance of batteries.

First production at Naraha is expected to commence in the first-half of calendar year 2022.

In addition, construction at the Sal de Vida project has commenced.

Commissioning and first production is expected in the second-half of calendar year 2023. 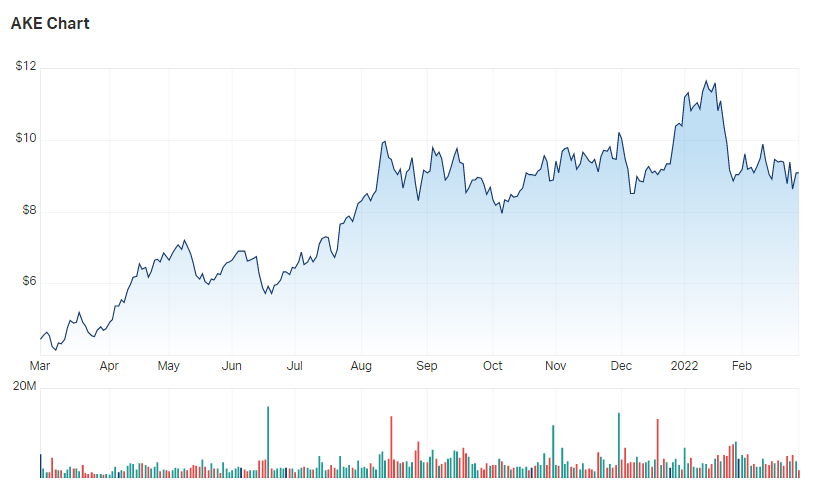