Miramar Resources (ASX: M2R) was up around 8.5% at the open following further clarification of the high-grade gold results at 80%-owned Gidji JV Project in WA that the gold explorer announced last Friday.

The Gidji project is located around 15 kilometres north of Kalgoorlie and in close proximity to a number of gold mining and processing operations. Miramar purchased an 80% interest in a number of tenements along the Boorara Shear Zone as part of its October 2020 initial public offering (IPO) and ASX listing.

Having now secured all significant aircore drilling results from its 80%-owned Gidji JV Project, the company notes final assays from the December 2021 aircore drill program included results such as 4m grading 1.54 grams per tonne (g/t) gold in GJAC619 at the far northern end of the Marylebone East target.

Marylebone East remains open to the northwest of this hole for at least another 500m for a total strike length of about 2.5km.

As previously announced, the December 2021 aircore program also returned strong hits such as 1m at 11.8g/t gold and 1m at 11g/t gold on the eastern Marylebone trend between two earlier 200m-spaced lines.

Management notes aircore drilling at the Blackfriars target has identified an intermediate porphyritic unit between the Black Flag Beds to the west.

Underscoring Miramar’s objectives at Gidji is finding competent rock units - sandwiched between less competent units – that can act as a focus for gold mineralisation.

It’s understood this newly recognised porphyry unit has been observed in two drill sections to date and may be equivalent to the porphyry that hosts most of the gold mineralisation at the 1.6Moz Aphrodite gold deposit, which is also located at the contact between Black Flag sediments and a basalt unit.

The current aircore drill programme is infilling the Blackfriars footprint and testing the Highway target for the first time, while a detailed UAV magnetic survey has been commissioned for the Boorara North target.

“At Gidji, we now have analogues for not one, but two plus million-ounce gold deposits,” he explained.

“Given the size and tenor of the untested historical auger gold-arsenic anomalism at Highway, we are hoping we might have a trifecta at Gidji.” 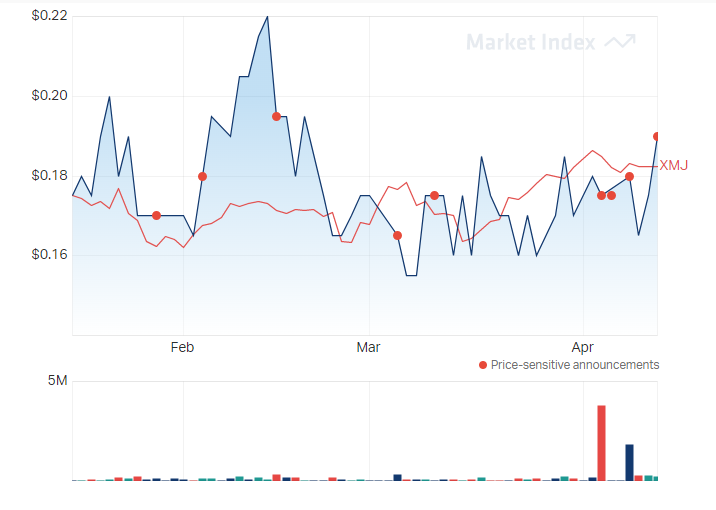