Agrimin Limited (ASX:AMN) is securing its commercial position with 70% of SOP to be produced at its flagship Mackay Potash Project in WA now locked in with Offtake Agreements (OA).

The company executed OAs with Nitron Group for 115,000 tonnes per annum and Gavilon Fertilizer for 50,000tpa SOP in the quarter.

At the same time, the potential for efficient logistics operations onsite the Mackay project has been enhanced by the Federal Government’s decision to provide $400m in funding to seal Tanami Road in WA.

The infrastructure works allow Agrimin a greater opportunity to ensure the safe and cost-effective trucking of materials from the project site to secondary locations and buyers. 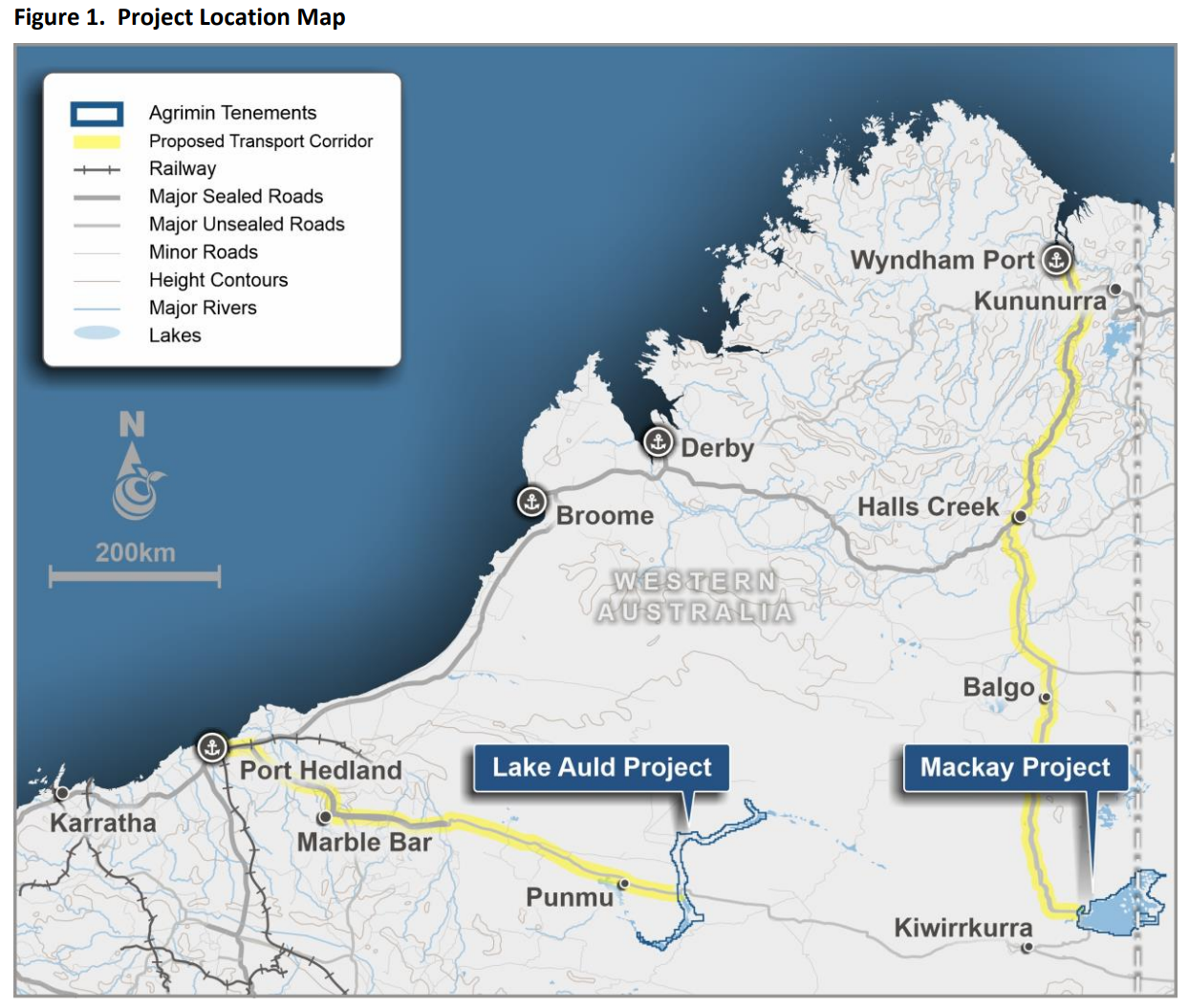 Schematics detailing the location of the Mackay Project

With $9.2m cash in bank at the end of Q1 and a capital raising of $10m completed in the quarter, Agrimin’s development of its Mackay Potash Project appears a reliable bet to roll out on-schedule and on-budget.

Native Title negotiations and secondary safety and works applications remain in momentum as the company continues to check its boxes.

As part of two separate placements in the quarter, the company issued 14.3m new shares as it pulled in two tranches of $5m to a total of $10m.

It also issued a further 47m new ordinary shares through a bonus issue of one new share for every five already held. The bonus issue sought to reward shareholders in the company patiently waiting for Mackay to make FID.

Agrimin intends for the expanded share base to allow for higher liquidity in day-to-day trades of company shares. Expenditure for the quarter was $1.43m. 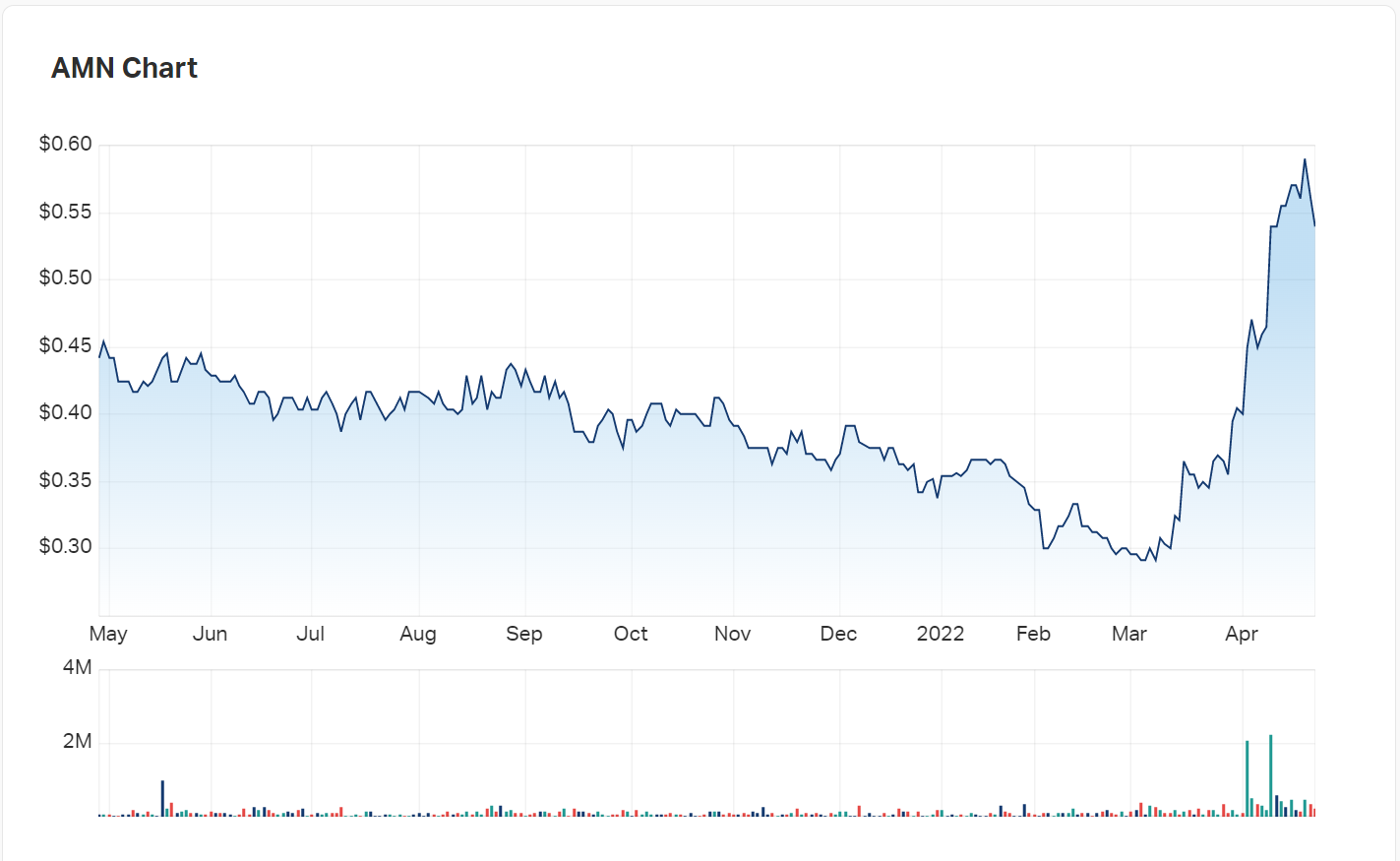 The shape of Agrimin's charts over the last year.