After reassessing it priorities and planned expenditures, the neurological specialist plans to suspend its clinical trial operations for Fragile X Syndrome - a genetic condition that causes a range of developmental problems including learning disabilities and cognitive impairment - and reallocate resources (forecast to be approximately $12) to:

It’s understood there are currently no treatments approved anywhere in the world for FXS.

At the commencement of the XanaFX trial, the company described it another important step in the quest to help make a material difference to the quality of life for people and their families living with FXS.

Commenting on today’s announcement, CEO Gourlay notes that results from the Part A trial trigged a review of the company’s priorities for the next two years.

“It makes business and scientific sense to devote resources and capability to our clinical programs focused on cognition, given the XanaMIA data, and expedite the phase 2 trials in Alzheimer’s Disease and Depression,” he said.

“This is clearly now the optimal path to commercialisation of our revolutionary small molecule drug, Xanamem.”

Given that the strong scientific rationale for our Fragile X program hasn’t changed, management expects to be able to study Xanamem in this disease with the help of strategic partners in industry or academia.

In light of recent developments, management’s focus is now on capital-efficient, Australian clinical trial operations for its studies wherever feasible.

Actinogen had a cash balance of $19m at the end of the March 2022 quarter, which will be augmented by annual rebates from the Australian government.

Actinogen shares were down around -6.00% an hour out from the close. 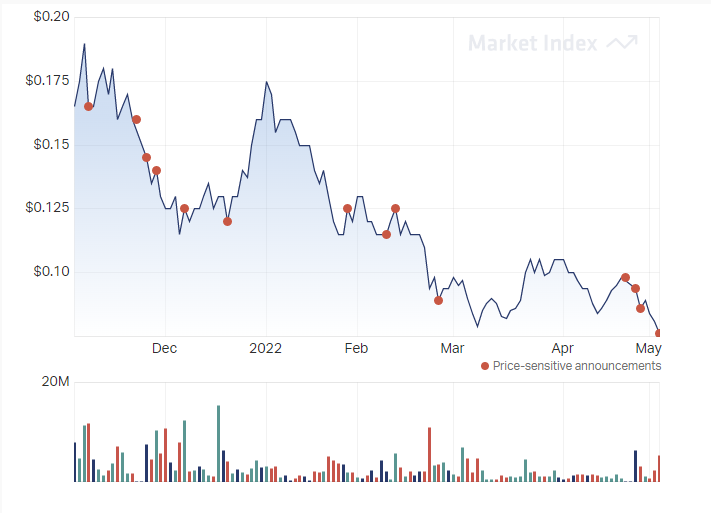