Iron ore is not for the faint of heart, having doubled, halved and then almost doubled again in the past 24 months. 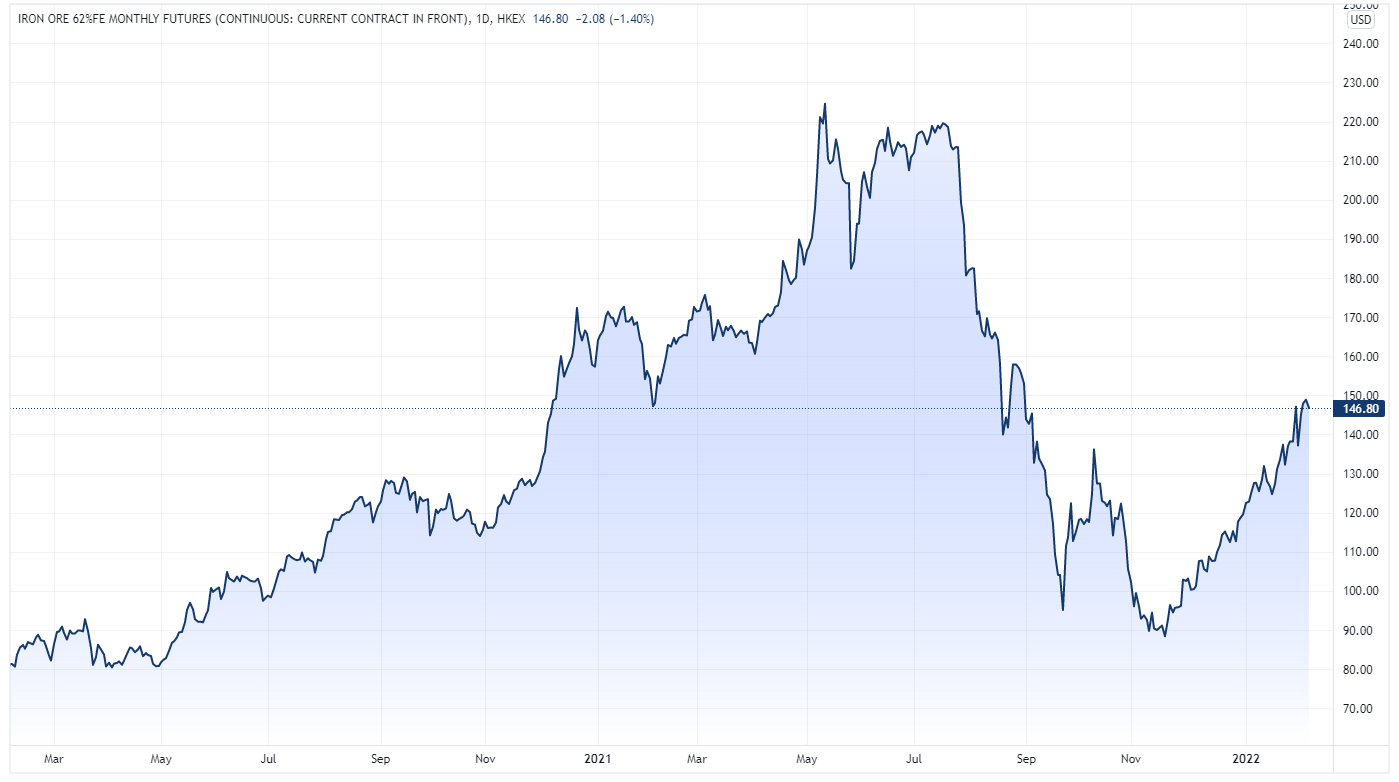 In-line with recent iron ore prices, the three stocks have rallied back to 6-month highs, just 10-20% away from last year's record highs.

Before investors get too excited, here are 5 things to consider.

China has never shied away from taking action against high prices, even if market forces say otherwise.

Production restrictions back in play

Market participants told Fastmarkets on Monday that “production and sintering restrictions were heard to be imposed on mills located in Hebei, Shandong and Tangshan from Tuesday evening onwards”.

The restrictions are expected to last until Friday, 11 February.

China has kept an eye on industrial production in the lead up to its Beijing Winter Olympics, to ensure that sporting areas have clear blue skies.

The closing ceremony for the Winter Olympics is on Sunday, 20 February.

More stimulus on the horizon?

The AFR reported China's NDRC plans to carry out "infrastructure investment moderately ahead of schedule," which could give iron ore prices an extra kick.

According to Reuters, Evergrande’s chairman said that the company needs to “clear its debt by fully restoring construction and sales activities, and not by selling off assets on the cheap.”

Evergrande vowed to ensure deliveries of 200,000 units of properties by the end of June this year. The real estate developer achieved less than 10,000 units in each of the previous three months to November 2021.

Mineral Resources (ASX: MIN) reported an -80% decline in earnings, primarily due to the collapse in iron ore prices.

Mineral Resources observed widening discounts on lower grade iron ore in the first-half of FY22, receiving an average of US$71/t for their 58% grade iron ore.

This could poise a risk for low-grade producers like Fortescue. As at 30 June, Fortescue's resource grades at operating projects was estimated to be around 56.3%.