The Chinese economy is more often than not the be all and end all for iron ore.

More recently, iron ore prices have stabilised around the US$150 a tonne level following mixed news from China. 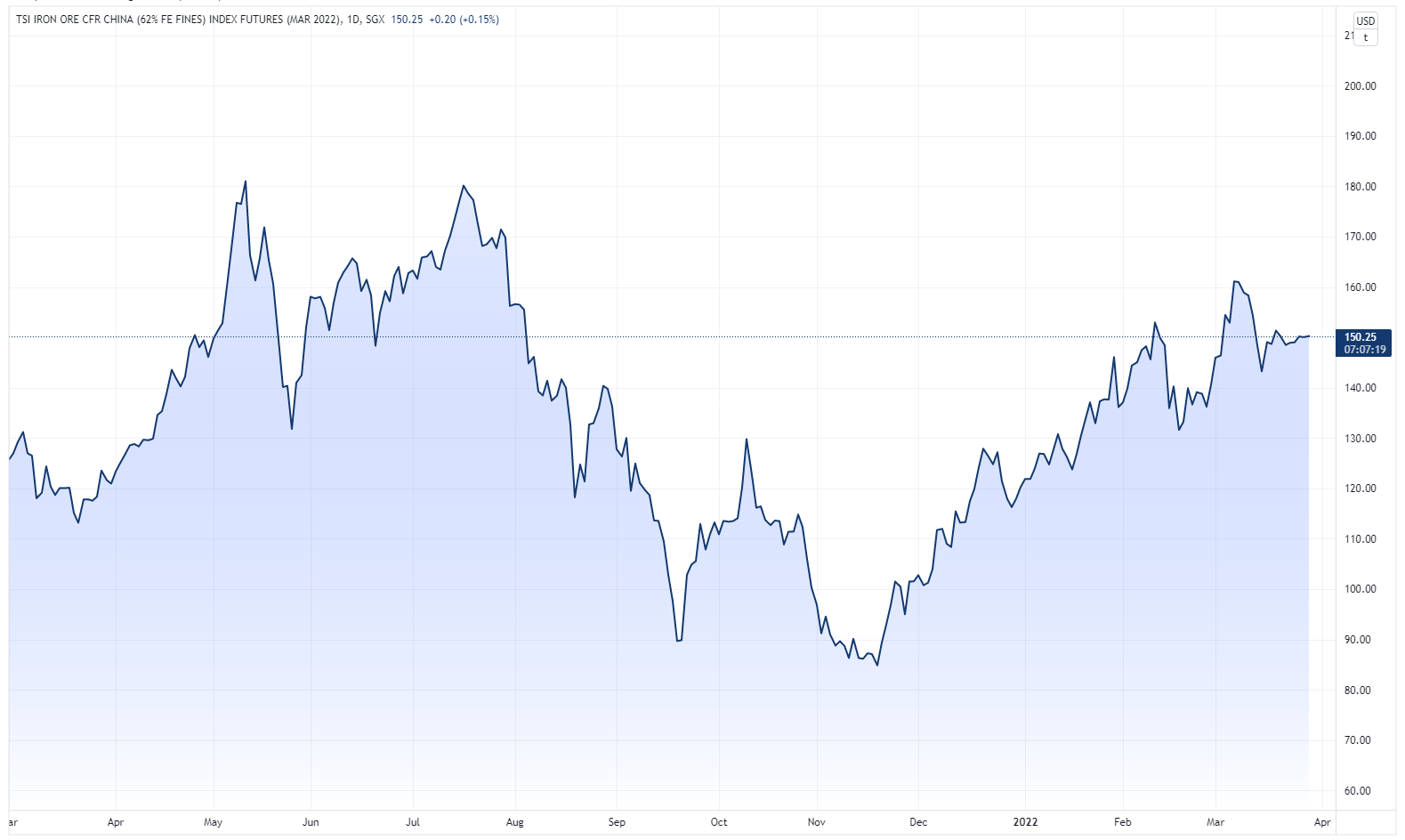 Here are three things for iron ore investors to consider.

Home sales in China’s tier 1 cities such as Beijing, Shanghai and Guangzhou rose 12% month-on-month in March but still down -44.2% year-on-year.

According to Beike Research Institute, home mortgages for first-time home buyers across 103 major Chinese cities stood at 5.34% in March, down 13 bps from the previous month.

Rates for second-home buyers was 5.6%, down 15 bps compared to a month ago. The rate cuts represent the largest monthly declines since 2019.

The state of China’s property market is important because the nation’s construction sector typically accounts for 50-60% of domestic steel consumption, according to the Office of the Chief economist.

Property debt bubble far from over

On Tuesday,  China’s third largest property developer Sunac was seeking a two-year extension on a 4bn yuan (A$840m) bond due 1 April. The company’s stock will be suspended from trading on Friday.

Another smaller property developer, Yango said it was unable to pay 5bn yuan (A$1.05bn) in outstanding debt. The company blamed factors including a temporary liquidity crunch as well as macroeconomic, real-estate and capital raising challenges.

"The still-weak physical property sales momentum under the government's mild policy adjustments and the resurgence of Covid-19 cases across major cities has led to serious pressure on Sunac's cash positions, as well as eroded financial institutions' confidence in the company,” MarketWatch reported.

Earlier this month, China locked down several provinces including industrial regions such as Shenzhen and Jilin. Now, the financial hub of Shanghai - home to more than 25m people - will be locked down in two phases.

China’s ‘zero tolerance’ policy towards covid could take a serious toll on the domestic economy and the country's appetite for commodities.

According to state media, Chinese ports and airports are operating business as usual. Only time will tell the true economic impact of recent lockdowns.