The drilling campaign kicked off last Monday, 21 March and is expected to take three to four weeks. The first week resulted in the drilling of six holes, with a further 14 to be completed over the coming weeks.

“While we don’t have an quantitative estimate yet how strongly mineralised the pegmatites are with lithium, the signs are very encouraging,” said Managing Director, Chris Evans.

“The drilling campaign so far has largely confirmed data gathered in previous drill campaigns and added to the Company’s knowledge of the extent of the pegmatite ore body.”

The batch samples from the first week will be sent to the laboratory for assay and results are expected within 6-8 weeks. 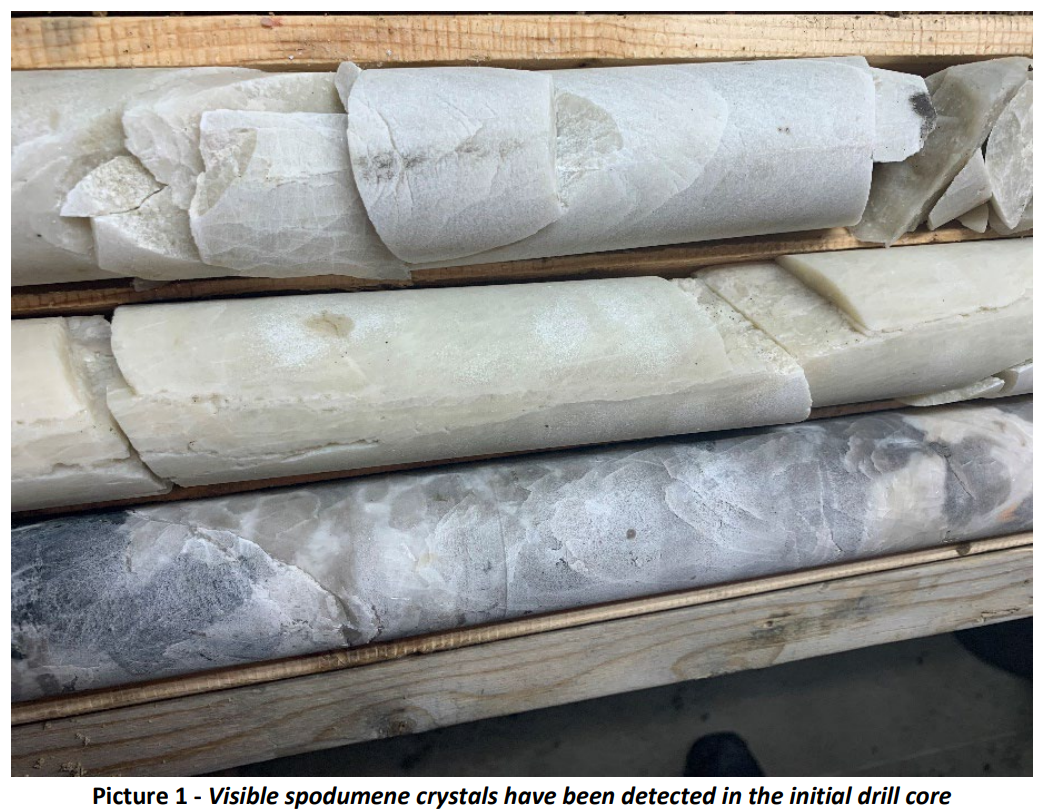 Concurrent with the drill program, Winsome is also testing several new targets near the pegmatites which were recently identified by magnetic data over the area.

Winsome advised that the gravity survey is “progressing well” and expected to be completed in the next 15 to 20 days. Analysis of the results and target identification will take a further 6-8 weeks.