Extensional drilling further north remains ongoing with the company expecting receipt of assay results in the near future. 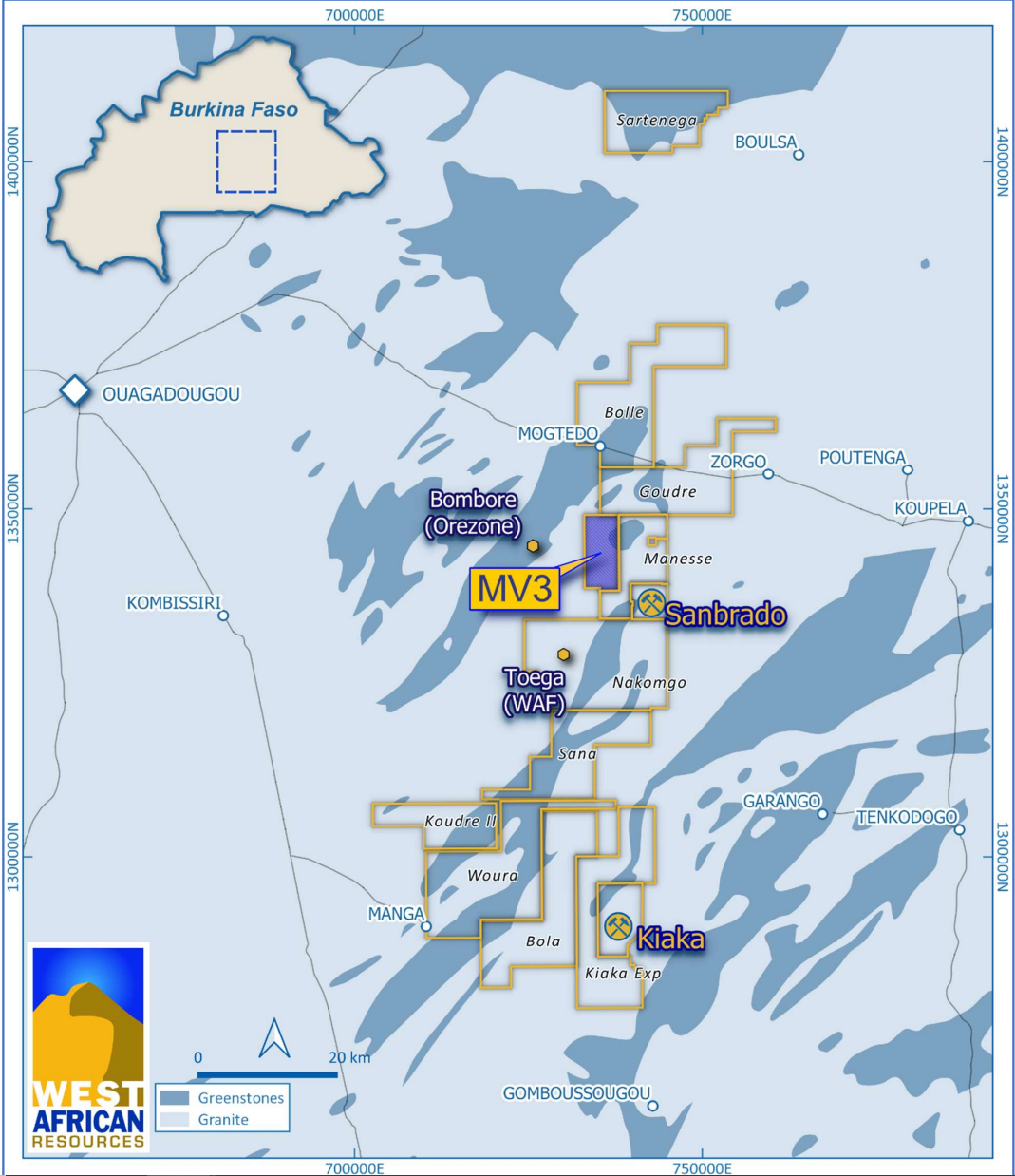 The 13m intercept at the higher grade of 5.3g/t was intercepted at 110m depth for comparison.

MV3 East drilling has focused on areas beneath historic artisanal workings between 50m and 120m downhole with ongoing drilling targeting higher grade interceptions prioritised by the company for its next round of drilling.

The company continues as well to develop ongoing exploration plans for the northern end of the MV3 Main target.

In its March quarterly, the company noted unhedged gold sales of 57,150oz at an average price of US$1,842/oz and $57m of operating cashflow generated.

The company ended the first quarter (of the calendar year) with a reported $212m cash on hand.

West African Resources owns 90% of the Burkina Faso Sanbrado Gold project; production from the site in Q1 CY22 was 65,900oz at an all in sustaining cost (AISC) per ounce of US$932/oz. 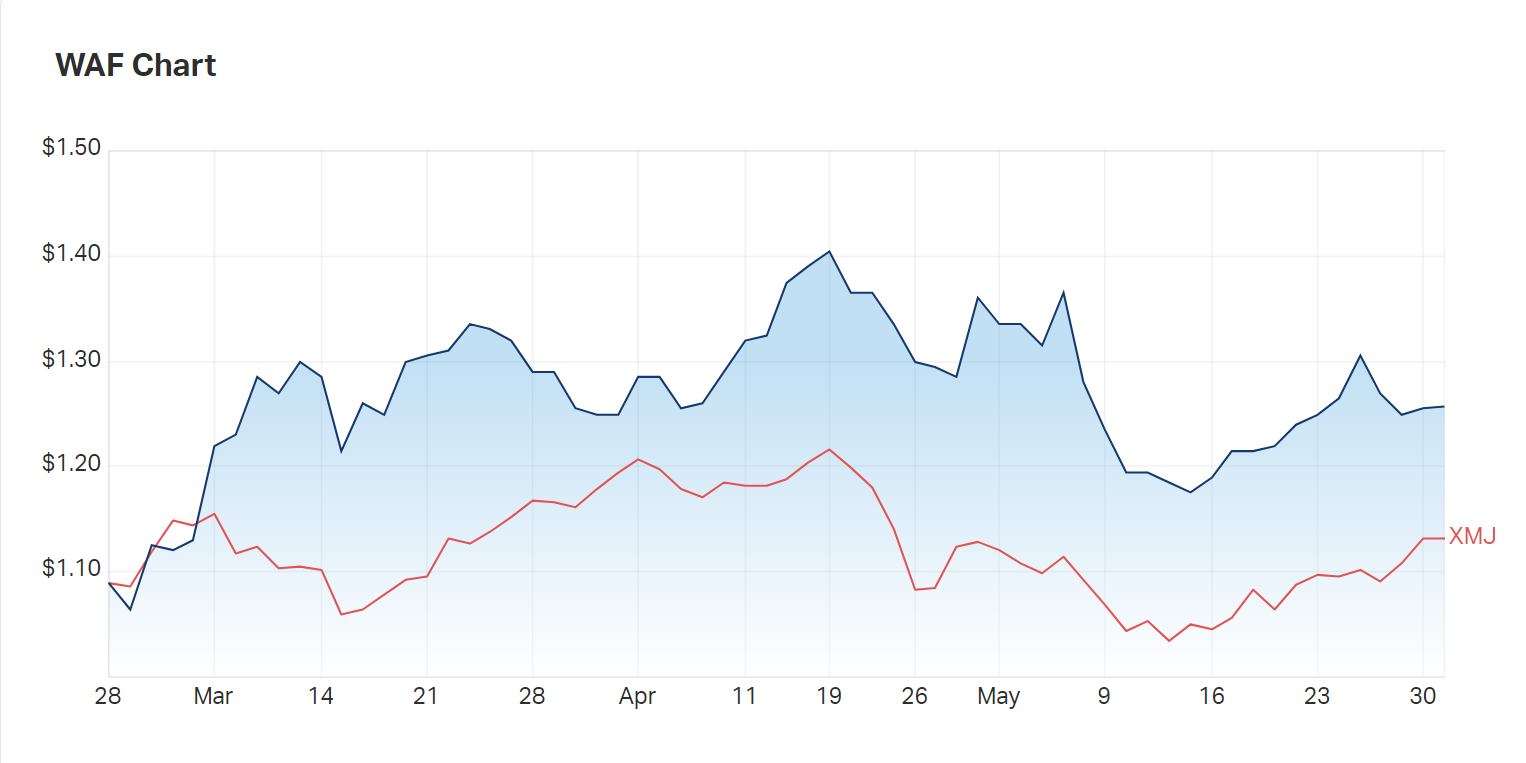