After plunging 23% to $4.28 yesterday, following a downgrade to its earnings guidance for FY22, Aussie Broadband (ASX: ABB) was up by as much as 11% in early morning trade following an adjustment to the internet service provider’s third quarter update.

While the company had given back most of the early morning gain by noon (1.25%), the turnaround in sentiment today follows further clarification of the company’s Over the Wire (OTW) figures, which for some strange reason were omitted from yesterday’s numbers.

In case you haven’t been following the narrative, the company recently acquired Brisbane-based telecommunications and IT solutions provider OTW for $344m, which represented an implied value of $5.75 each, and an implied enterprise value of $390.4m.

Management expects both companies will be earnings per share (EPS) accretive on a proforma statutory FY21 basis and is targeting annual cost synergies of between $8 to $12m within the next three years.

Management was quick to flag early synergy wins, and after moving a significant portion of its voice traffic onto the OTW tier 1 voice network, notes “$3 million of annualised EBITDA synergies have being actioned.”

As revised earnings would indicate, management also expect OTW to deliver around $11m in EBITDA (before transaction costs) for the 3.5 months owned under the Aussie Broadband banner.

Despite reporting solid growth within it trading up date - with total broadband services up 11% quarter-on-quarter or 47% year-on-year in the residential broadband segment -management advised of media buyer concerns that marketing efficiency would take a hit during the federal election.

As well as downgrading the top end of its earnings and active broadband connections guidance ranges for FY 2022, other headwinds include its Connectivity Virtual Circuit (CVC) expense, which more than doubled quarter-on-quarter to $4.9m from $1.8m.

While a rise was always on the cards, the increase was 18% greater than originally expected.

Based on the underlying strength of the most recent update, this sell-down appears harsh.

To put that in context, according to the latest ACCC report, Aussie took over half of all new NBN connections.

Adding to future upside, the construction of its own backhaul connections – which removes the need to pay lease rates for backhaul – is expected to add $15m to earnings (EBITDA).

Given the rate of the company’s rapid growth, other significant acquisitions may follow the recent purchase of OTW.

Equally noteworthy at the interim was the growth in mobile services which rose to 30,000 from under 20,000 a year ago. 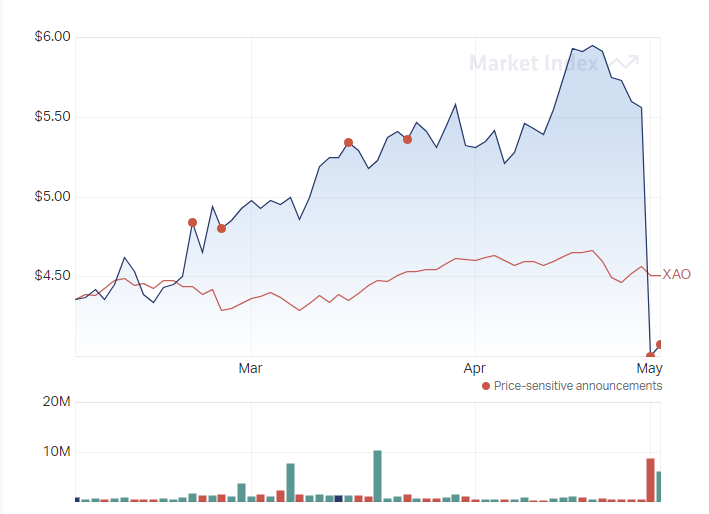 Based on the inclusion of OTW earnings, cost savings from its fibre build, and continued growth in its own business, Intelligent Investor expects Aussie to approach $90m in earnings (EBITDA) next year.

But based on a forward enterprise multiple value-to-EBITDA multiple of around 11x, the fund manager has a Hold on the stock (up to $7.00) and Buy below $3.50.

Based on the two brokers that cover the stock (as reported on by FN Arena) the stock is currently trading with 22.3% upside to the target price of $5.05.

Credit Suisse believes the selloff in the wake of Aussie’s third quarter results was overdone and retains an Outperform rating and target price of $5.00.

Meantime, Ord Minnett notes the subsequent share price drubbing was three times as large as its own reduction to forecasts and retains a Buy rating. Price target falls to $5.10 from $5.65 on reduced forecasts.