By Jonathon Davidson
Wed 11 May 22, 5:41pm (AEST)
Print Article
SPONSORED
This article was written in collaboration with Aurora Energy Metals 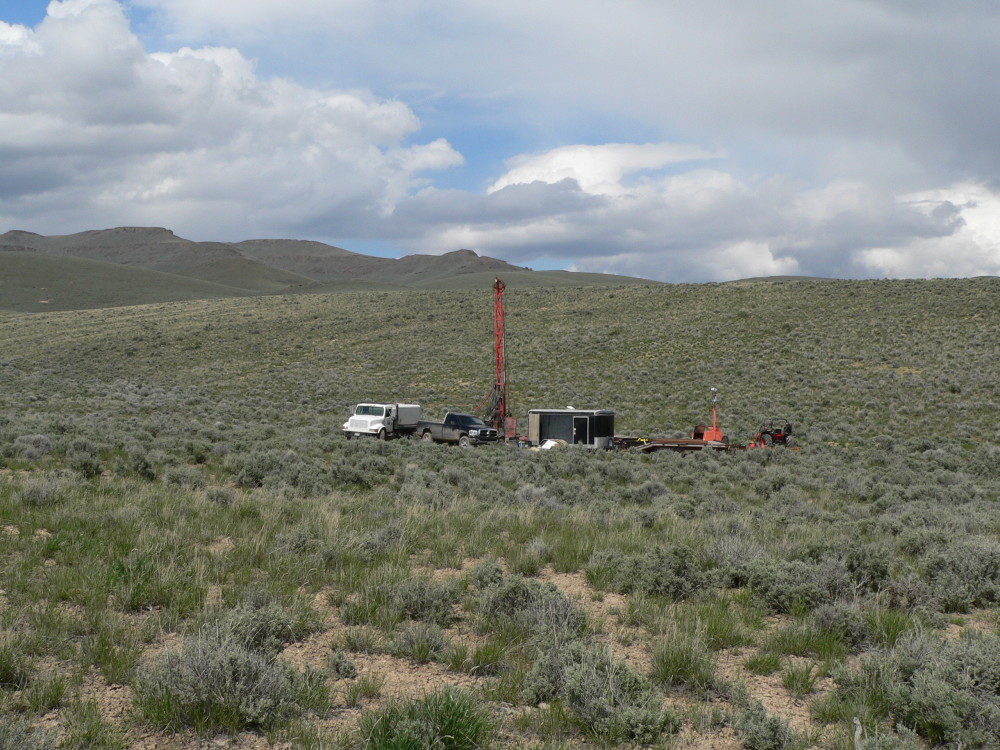 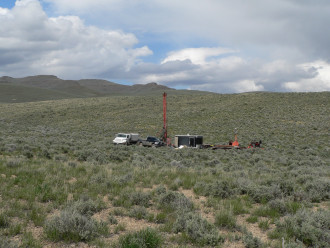 Aurora Energy Metals (ASX:1AE) will settle into its new digs on the ASX in the coming days as the latest uranium-focussed player to list on the Australian bourse, headed by the former managing director of Deep Yellow (ASX:DYL), Greg Cochran.

However, Aurora is unique in that it is not a pure-play uranium company — in fact the company’s mining claims are known to host lithium mineralisation in the lakebed sediments that both surround and overlie its uranium deposit in south-east Oregon in the USA.

The Aurora Energy Metals Project is located in the McDermitt Caldera, which already has the two largest lithium resources in the USA. This bodes well for the potential success of Aurora’s planned lithium exploration program. The Company will simultaneously conduct its planned uranium and lithium work programs, which include exploration drilling, metallurgical testwork and feasibility studies, over the next two years. With 207 granted Mining Claims and a further 188 under application, the Company has a lot of ground to cover.

Since its discovery in the late 1970’s, the Aurora uranium deposit has been extensively drilled and is also backed by a large amount of metallurgical testwork. The deposit, which is about 1,500 metres long and 300 metres wide, has had 600 holes drilled in and around it (over 63,000 metres of drilling!) which enabled the Company to declare a 2012  JORC compliant Indicated Resource of 65.7 million tonnes @ 253 parts per million (ppm) eU₃O₈ for  36.7 million pounds (Mlbs) of eU₃O₈.

Although there are apparently multiple uranium bearing minerals present in the resource, the key minerals are believed to be uranite and coffinite, which are both amenable to fairly standard, well-known uranium  processing and refining methods. 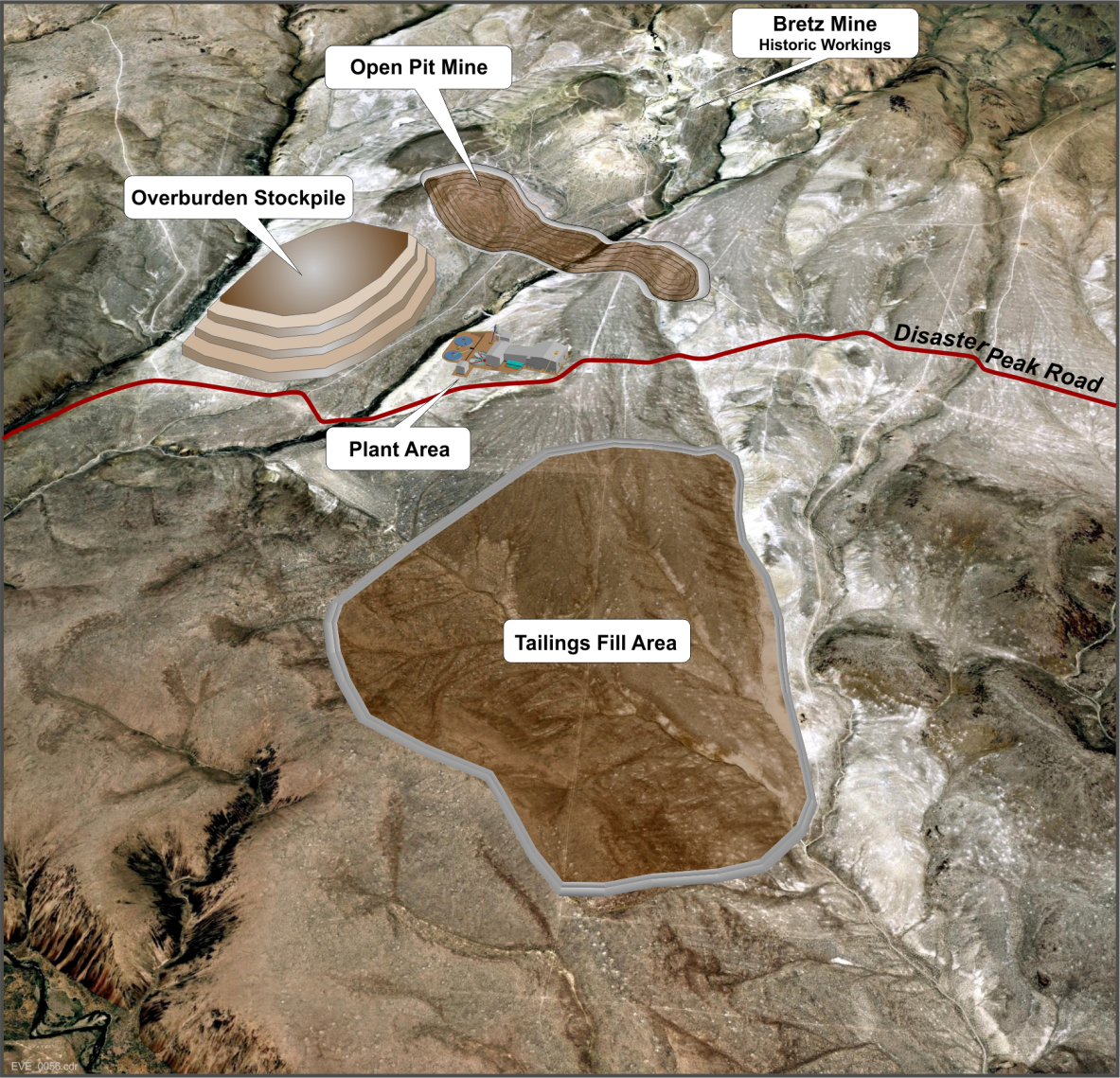 A rendered map showing a historical conceptual uranium mine layout

The Company’s MD is quietly confident about the prospects for success of their planned lithium exploration program. Some of the previous holes drilled in 2012 intersected lithium bearing clays above the uranium deposit and some of these intersections have been assayed, delivering promising results, such as 15.5m at 1,308ppm Li and 11m at 1,201ppm Li.

These grades are comparable to those achieved by Jindalee Resource (ASX:JRL) at its nearby McDermitt Lithium Project. One of the first tasks on Aurora’s lithium work program is to assay the remaining core, which could be completed fairly soon.

The Aurora Energy Metals Project is relatively proximate to Tesla’s Gigafactory, which is in Reno, Nevada.

But geologically, if you look nearby, Aurora is close to Jindalee Resources’ (ASX:JRL) McDermitt Lithium Project and Lithium Americas’ (TSX:LAC) Thacker Pass Lithium Project, which are the largest lithium deposits in the USA. 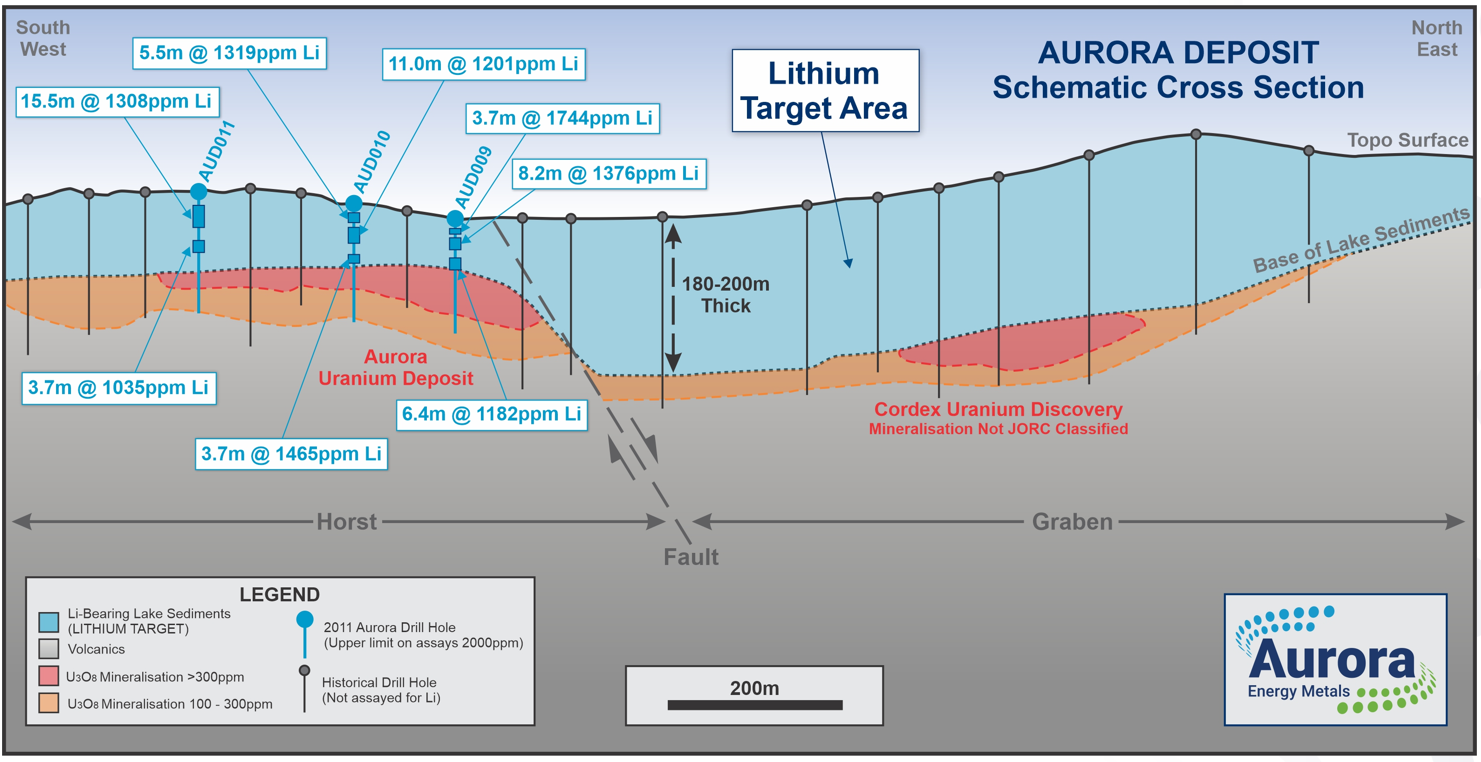 Aurora Energy Metals’ vision is to ultimately extract minerals that are required for the clean energy transition. The USA is the world’s largest producer of nuclear power and whereas previous administrations favoured renewables, the attitude towards nuclear energy have softened in recent years and the sector now has bi-partisan support. Without nuclear, the country (like most other advanced economies) will not be able to meet its clean energy targets.

Hydroelectric power typically provides more than half of Oregon's total electricity (and is one of the top-five US States in renewable electricity as well). That means that the Aurora Energy Metals Project, which has an existing substation and powerline close by, will have access to emissions-free clean energy. On site a low, and even zero carbon footprint, could be achievable.

Portland, Oregon is also home to NuScale, the world’s first and only publicly traded provider of transformational Small Modular Nuclear Reactor Technology, having listed on the New York Stock Exchange just last week.  Aurora’s MD Greg Cochran has said that he’d welcome an opportunity to collaborate with NuScale and perhaps one day even become their homegrown uranium supplier of choice.

Apart from NuScale, Oregon also has a research nuclear reactor facility at the Oregon State University and one at Reed College. Reed is referred to as one of the most intellectual colleges in the US and the Reed Research Reactor has been in operation since 1968. 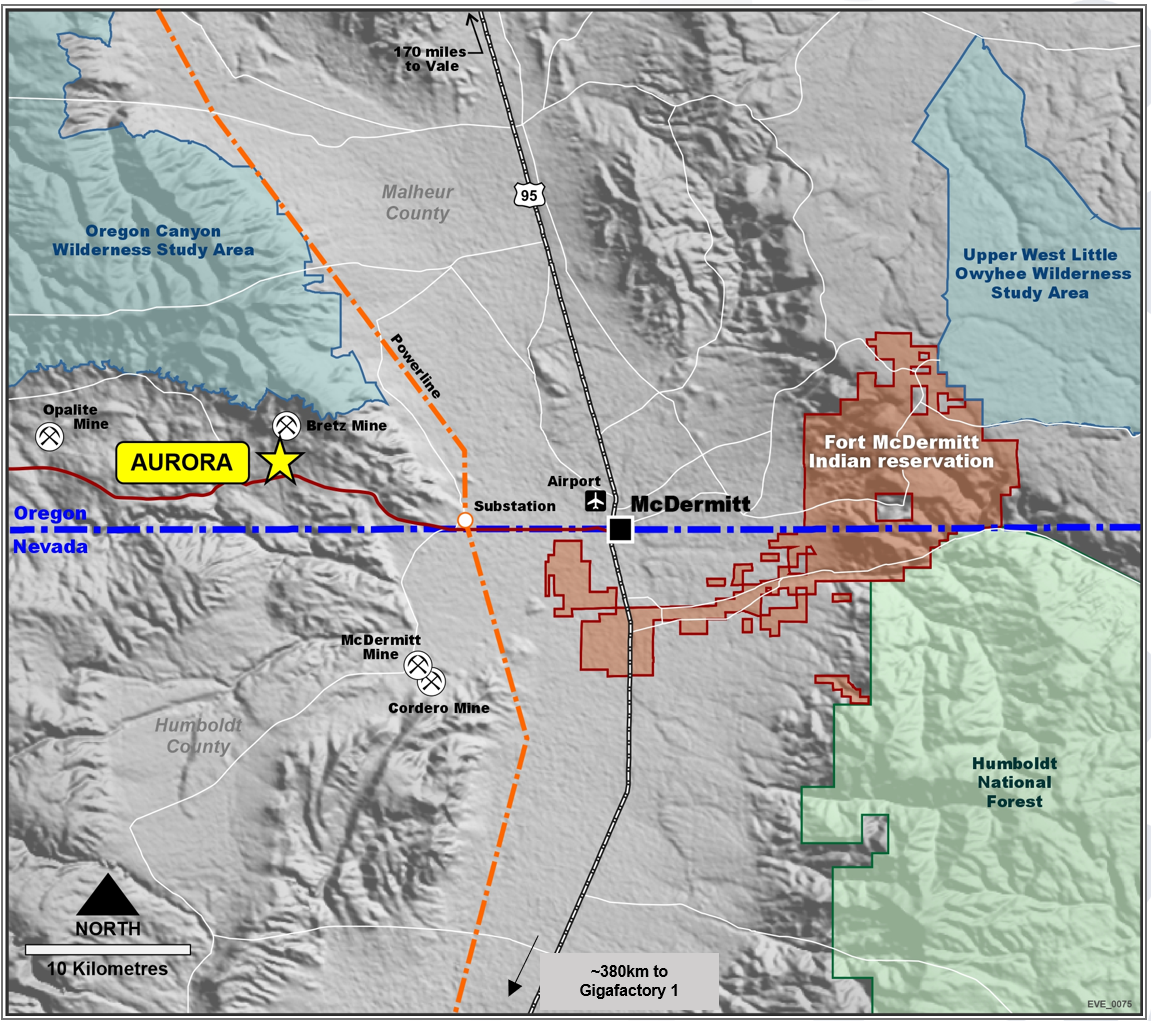 The IPO has been managed by Euroz Hartleys’ Perth office throughout the listing process. For more information about the IPO, please contact Nick McGlew at Euroz Hartleys by emailing [email protected], or, calling on [+61] 08 9488 1400.

To find out more about Aurora Energy, we've written up a Deep Dive profile which you can read here.