The market left United Malt Group (ASX: UMG) with no doubts over what it thought of its earnings miss warnings, with the agribusiness down -12.94% heading into lunch today.

What irked investors this morning were revelations that United Malt expects underlying earnings (EBITDA) - before software-as-a-service (SaaS) costs - for the full year ending September 30 to be between $100m to $108m, compared to its May guidance of $115m-$140m.

United Malt chairman, Graham Bradley expressed disappointment with the group’s current year performance and expects energy prices and supply chain issues to remain challenging for the foreseeable future as will the impacts of climate on the business.

“The reset of the company’s performance and the building of a more resilient business will take time,” Bradley noted.

“The Board and management will provide shareholders with regular information on our progress and the opportunities and challenges we are navigating.”

Much of the guidance miss is being attributed to a delay in expected second half improvement in its North America processing business which have suffered from deteriorating barley crop, supply chain disruptions, increased costs of imported barley and general cost inflation.

While the company incurred higher than expected energy costs, the expected improvement in supply chain including sea, rail and road freight did not materialise, causing continued delays in customer shipments.

Group corporate costs for the full year are expected to be around $8m which is less than the guidance provided at its interim results.

Despite missing guidance at FY22, the group expects a material increase in earnings in FY23 with underlying earnings (EBITDA) before SaaS costs to be between $140 to $160m.

United Malt’s warehouse & distribution segment continues to perform well - at $46-50m in line with guidance - and is benefitting from reopening in major markets, the return of craft brewing demand, plus business optimisation initiatives which are generating increased revenue and underlying earnings.

Three drivers of the group’s earnings improvement in FY23 include:

Based on the company’s FY23 earnings outlook, the group doesn’t expect to need to raise additional capital and will be within its target Net Debt/earnings range at 30 September 2023. 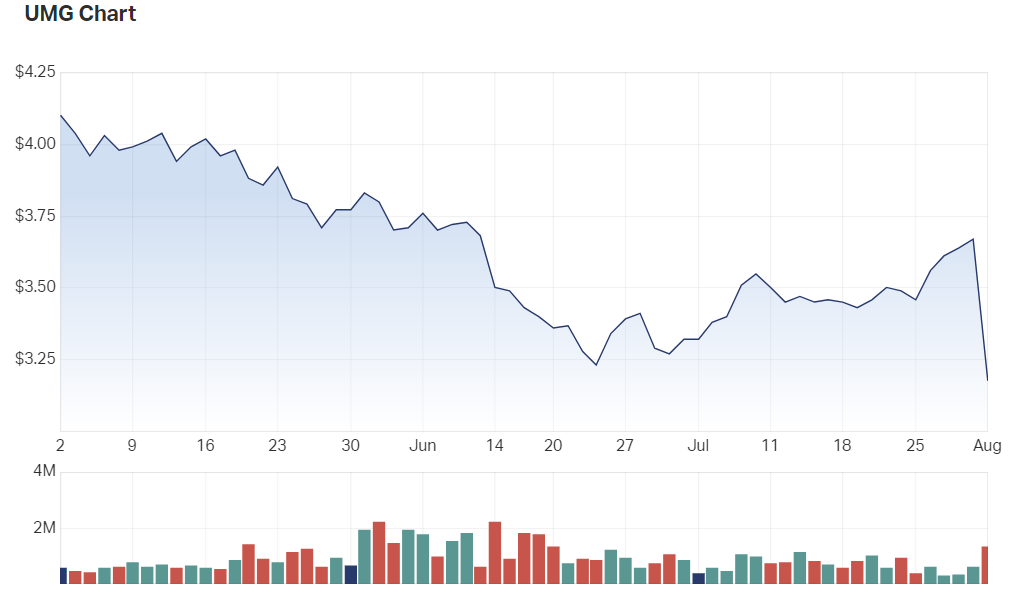 Consensus on the stock is Moderate Buy.

Based on Morningstar’s fair value of $4.67 the stock appears to be undervalued.

Based on the five brokers that cover United Malt (as reported on by FN Arena) the stock is currently trading with 45% upside to the target price of $4.61.

Mid-May UBS noted that the group’s medium-term margin recovery post transformation looked to be achievable, especially given the easing of FY22 trading conditions and the mooted Scottish expansion in FY23.

The broker maintained a Buy rating and $4.65 target price.

Morgans, which also updated on the group Mid-May, doesn't see any catalysts on the horizon and is also wary of above-target gearing and near-term earnings risk.