While Russia’s invasion of Ukraine three weeks ago delivered the biggest upheaval for commodity markets since 1973, Goldman Sachs believes the actual physical decoupling – currently witnessed in the commodity space – hasn’t even really started yet.

Beyond the physical decoupling – courtesy of boycotts – Goldman’s believes the financial decoupling is also starting to impact commodity markets.

As a case in point, the sharp drop in the prices of many emerging market and Russia related assets, has left many investors facing hefty margin calls.

The broker believes attempts by investors to fund these margin calls - which requires them to take profit on the only positions in the 'black' - is enhancing the volatility now present in commodity markets.

Goldman’s outlines the potential impacts for individual commodities as follows:

Gas: Given that it goes down pipelines from Russia to Europe and not on ships, Goldman’s doesn’t anticipate a similar disruption, but notes the market is pricing in a 75% probability of that happening. However, if it did happen the broker speculates a potential doubling of the price from here.

Oil: Goldmans notes that while ships are still being loaded, they currently aren’t going anywhere and are likely to be redirected, which points to a physical shock coming down, albeit less than initially feared.

Grains: Have stopped, and the hit on grains equates to around 25% of wheat exports. The broker notes, “grains are probably the most stressed market right now, with the clearest risk to overall production, not just trade.” 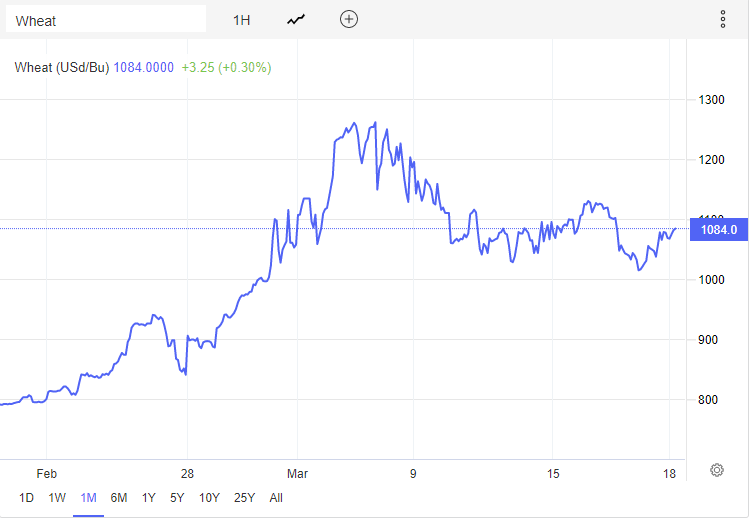 Notice the price spike on wheat since the Ukraine war started 24 February. The great unknown is what planting season we’re going to see in Ukraine this year, if any.

Metals: Have also stopped. The broker reminds investors that what played out on the London Metal Exchange (LME) with nickel had nothing to do with the bullish fundamentals story, and everything to do with margin calls and crowded positioning.

What this points to, adds Goldman’s is further upside in the metals.

Precious metals: As the one commodity with the most upside - with the strongest and least uncertain story – the broker sees a perfect storm brewing for gold right now. 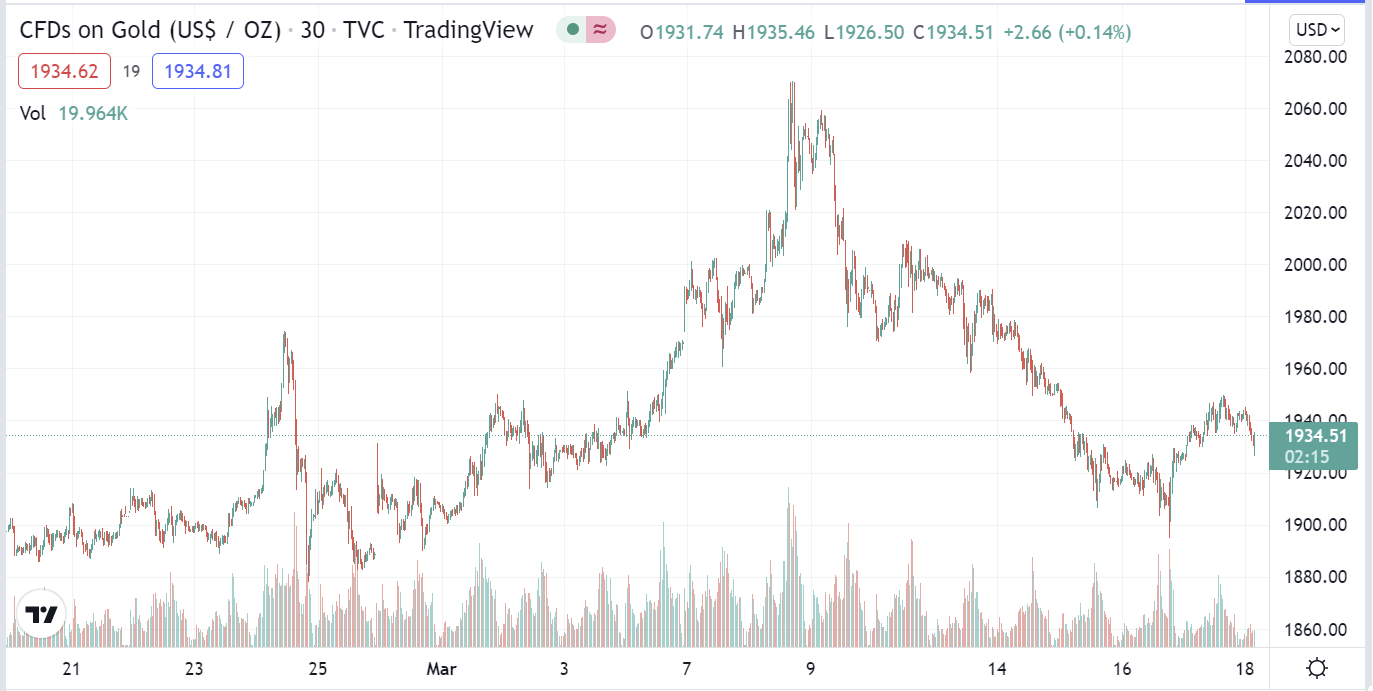 When standing back from the process of reregulation, floating price caps and consumer energy subsidies witnessed in the last few weeks – resulting in a financial dislocation between Russia and the West - Goldman’s reminds investors that commodities are neither homogeneous nor completely fungible.

Goldman’s urges investors to keep watch that East-West bifurcation between oil prices and metal prices is slowing down.

“The bottom line to all of this is that we view all this political shock as reinforcing the commodities supercycle.”