RBA's Lowe unclear how quick and high interest rates will go; expects inflation to peak at 7%

Reserve Bank governor Philip Lowe said that Australians need to prepare for higher interest rates as the central bank unwinds its “emergency settings during the pandemic”.

Commenting on the most recent and unexpected 50 bps rate hike, Lowe said it was "important to take a decisive step to normalise monetary conditions," considering "inflation being as high as it is and when interest rates are as low as they are."

Admittedly, he said it was "unclear at the moment how far interest rates will need to go up," and how quickly. But noted that Australia has had a longstanding flexible inflation target and can look through swings in consumer prices.

"We don't need to get it back down straight away," said Lowe. Though, it must eventually come back down to the 2-3% target range.

The consumer price index in Australia hit 5.1% year-on-year in the March quarter.

Lowe forecasts inflation to trend higher to around 7% before peaking in the first quarter of 2023.

“The peak will be in the December quarter this year and by the time we get into the second half of next year, inflation will clearly be coming down.”

In a separate note from JP Morgan on Tuesday, "typically, inflation-led bear markets do not bottom until you see peak inflation. If the market is correct, then that inflation peaks occurs around August/September, this points to what could be a very aggressive Q4 rally."

Lowe expects the Australian economy to continue to grow "pretty strongly" over the next 6-12 months, point to factors including high household savings, a backlog of construction work and "extraordinarily high" number of job vacancies.

What about the ASX?

There was no mention of the financial markets in the interview.

On a side note, the RBA has been more hawkish than expected in its last two interest rate decision meetings. On both occasions, the S&P/ASX 200 sold off sharply on the news.

Consensus was expecting a 15 bps hike in May 3, which was instead 25 bps. 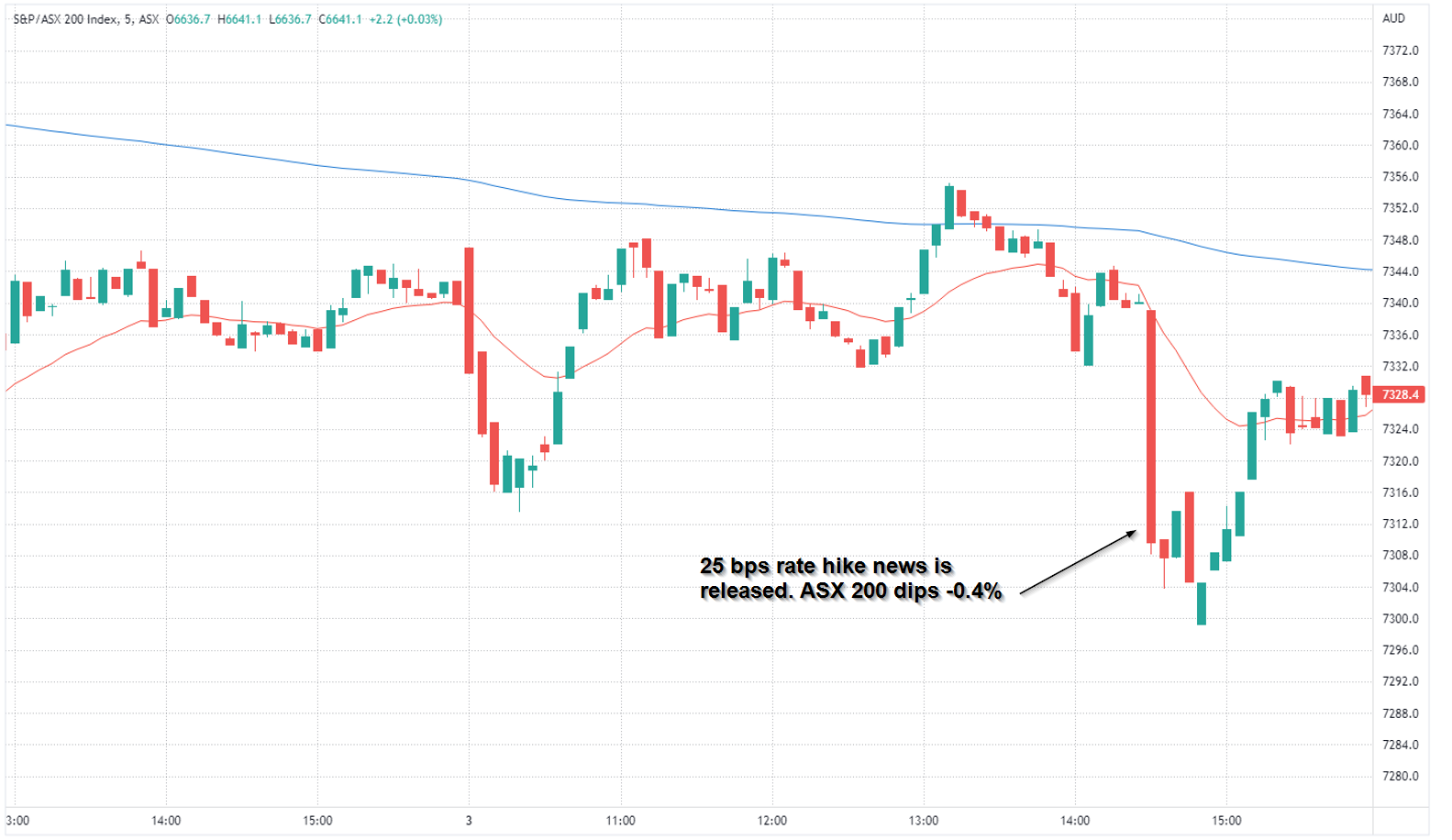 Likewise on June 7, consensus was expecting a 25 bp hike, but instead got 50 bps. 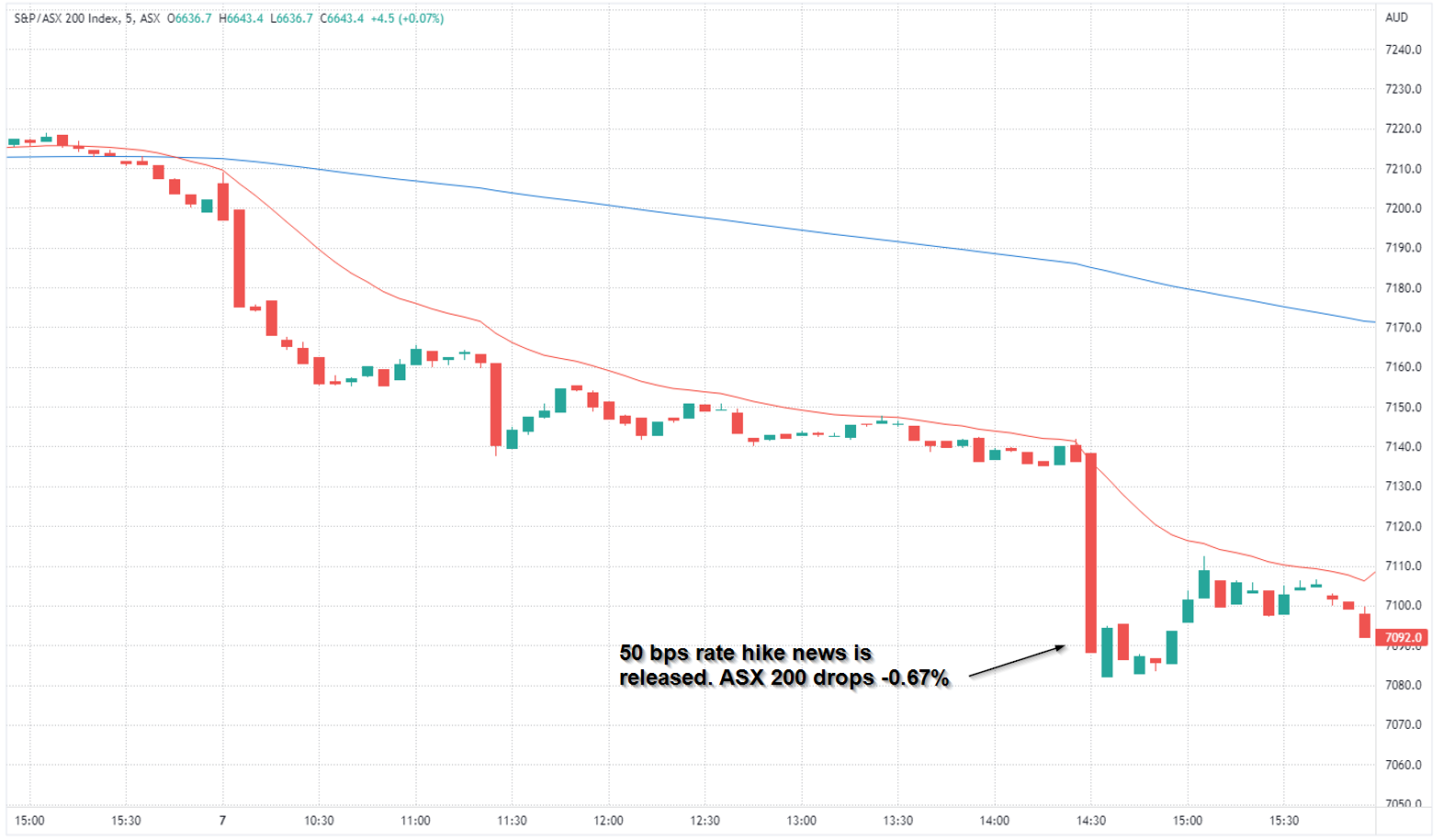 Lowe was not clear about how high rates would go, and said upcoming interest rate decisions will be "determined by events".

The ASX 30 day interbank cash rate futures suggests interest rates will be close to 3.6% by year-end, which means a series of 50 bp rate hikes should not come as a big surprise. 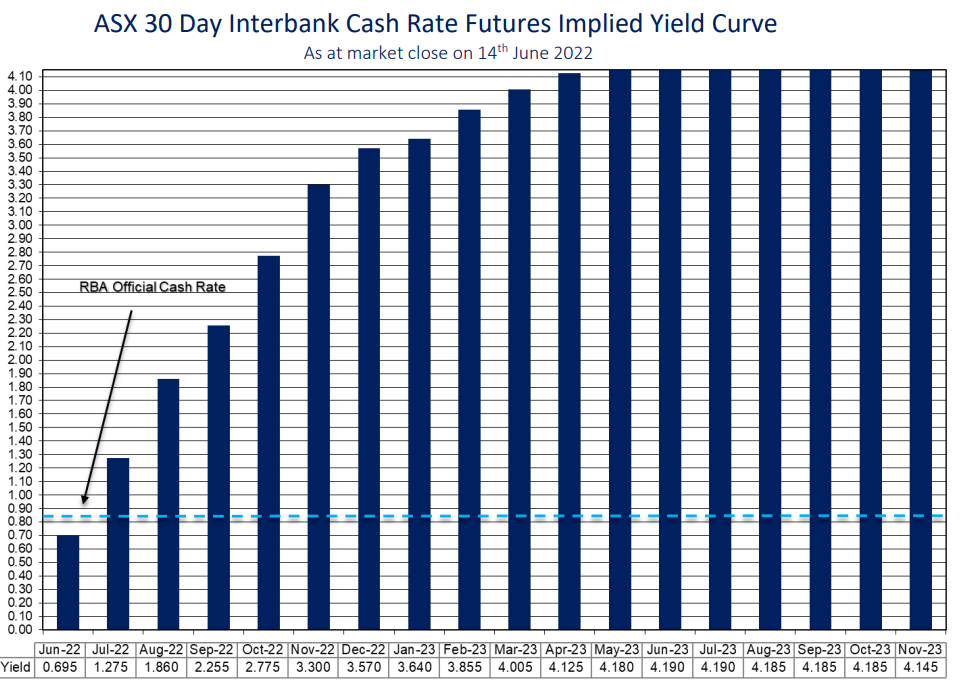