Today’s decision by the Reserve Bank (RBA) to lift the cash rate by O.5 percentage points for a third consecutive month to 1.85%, coincides with new Australian Bureau of Statistics (ABS) data which flagged a -4.4% drop home lending in June, while residential building approvals also eased -0.7% in the month.

The RBA also increased the interest rate on exchange settlement balances by 50 basis points to 1.75%.

According to most bank forecasts, the cash rate could rise at least another 75 basis points before peaking. 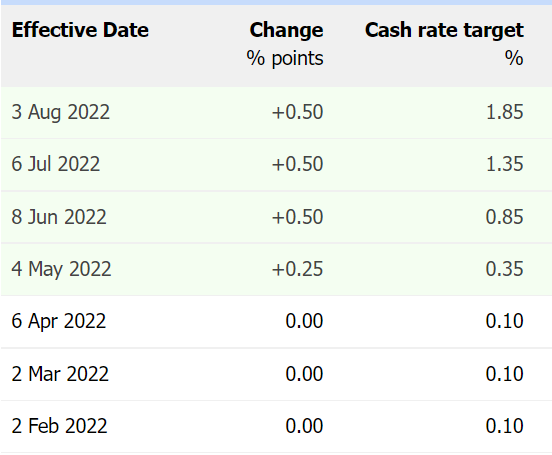 Today’s rate hike also coincides with Australia’s inflation rate reaching its highest level since the early 1990s, with headline inflation at 6.1% over the year to the June quarter.

While the RBA expects to take further steps to normalise monetary conditions over coming months ahead, the central bank reminds investors’ there is no pre-determined path.

Where too for house prices?

While rents are tipped to rise by as much as 10%, CoreLogic data released earlier this week reveals house prices dropping at their fastest pace since the global financial crisis. 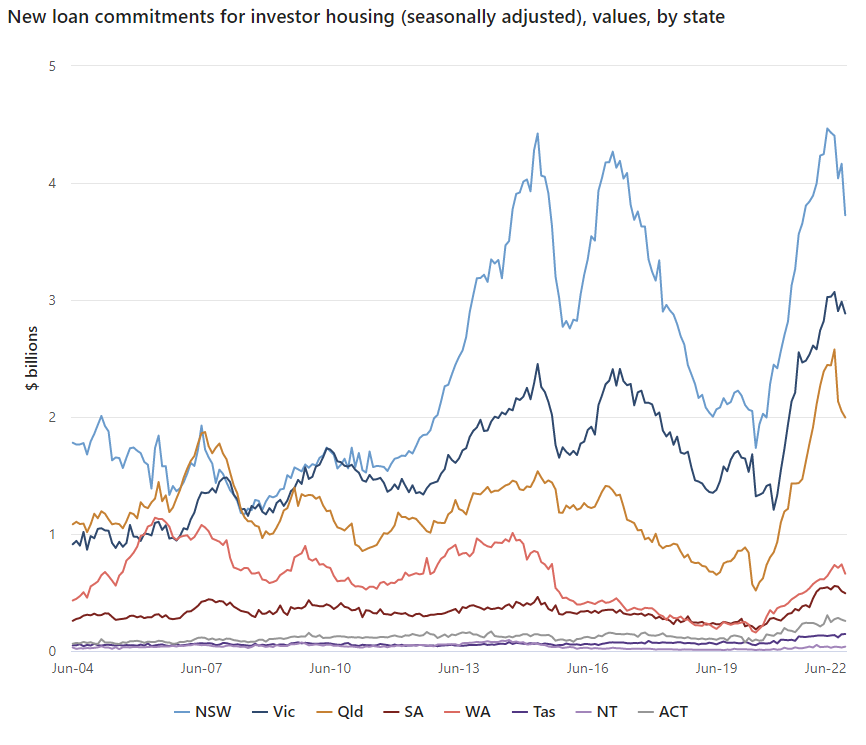 In the face of low consumer confidence, declining house prices and higher inflation, Lowe expects household spending to continue to be a key source of uncertainty.

“The board will be paying close attention to how these various factors balance out as it assesses the appropriate setting of monetary policy,” Lowe said.

Governor Lowe also reminded investors that a “neutral” cash rate is the level at which monetary policy is neither contractionary nor stimulatory to the economy.

However, financial markets are pricing in a cash rate at 3% by December, and peaking at about 3.3% by March, before again heading lower later in 2023 as higher borrowing costs offset rising costs.

“Our 10-year annualised return forecasts for global equity markets are largely 1.5 percentage points higher than at the end of 2021,” Gray noted.