‘No chafe’ underwear retailer guides to droopy earnings: Shares sold down to 15% of IPO price

Investors received a masterclass in what happens to companies that overpromise and underdeliver, with recently listed Step One (ASX: STP) now trading 85% lower than its November IPO listing price, following news that the online underwear retailer will miss its sales and earnings guidance.

Within a dismal trading update this morning, Step One – which sells bamboo fibre ‘no chafe’ underwear – advised the market to expect sales revenue growth of 15-20% compared to previous guidance of 21-25%.

Having sold its shares to retail investors at $1.53 each during its IPO early November, after raising around $82m, the share price rallied as high as $3.00 later in the month but has been losing ground ever since.

In addition to higher marketing and advertising costs, management noted within today’s trading update that profits had also been hit by a blowout in logistics costs.

While continued strong contribution margins from Australian operations underpins revenue growth, much of the company’s earnings miscue is being attributed to lack-lustre earnings offshore.

Management flagged lower than expected revenue growth in the US and the UK, with tougher-than-expected trading conditions impacting consumer confidence.

While the women's range was fully restocked mid-April, the company noted that the level of daily sales initially experienced in the months immediately following its launch have since fallen away.

“We had a track record of delivering in international markets, but we are now a much more substantial business, and our focus is on building a strong platform, with the right infrastructure to support sustainable international growth,” said Taylor.

“We’ve continued to make operational progress… this will continue into FY23 as we build momentum around the brand internationally.”

Based on Morningstar’s fair value of $1.08, the stock appears to be undervalued.

However, following today’s update watch for changes to the broker’s outlook later this week. 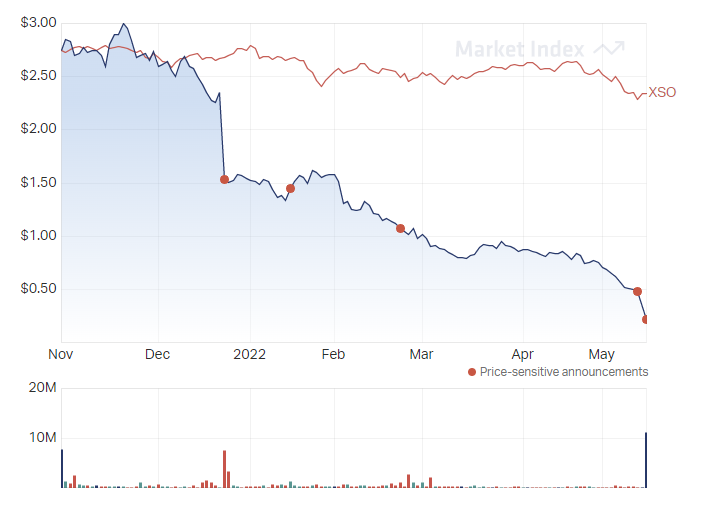 The last six months have not been kind to Step One's share price.