Centrex Metals (ASX: CXM) entered a trading halt this morning pending the release of an announcement on Wednesday, at which time the company’s shares are expected to resume trading.

Following the signing of a third offtake agreement for the company’s flagship rock phosphate project at Ardmore in Qld, the mineral explorer is securing $16m - split evenly between a placement and entitlement offer.

The company plans to begin production at its Ardmore trial plant in August at 240,000 tonnes per year of rock phosphate, which is used in fertilisers.

It’s understood that Ardmore’s definitive feasibility study (DFS) was modelled on $US125 per tonne while the current benchmark spot pricing was at $US173.

Then there was the entitlement offer which was made on a 5:42 non-renounceable basis.

Prospective investors have been assured that the offer has experienced strong pre-launch institutional investor support.

Adding to Southern Cross Fertiliser, and Samsung deals, Centrex also has [as of today] an offtake agreement with Ravensdown, an agricultural cooperative company that manufactures and markets agricultural inputs and services throughout NZ.

Centrex's 100% owned subsidiary Agriflex today executed an agreement with Ravensdown for a 5,000 wet tonnes beneficiated phosphate rock trial shipment and a first right of refusal to purchase 20% of the Ardmore mine’s annual production for the first three years.

“With the signing of this agreement, the Ardmore Project has 70% of its first three years of production allocated to first class customers”.

Based on Morningstar's fair value of $0.31, the stock appears to be undervalued. 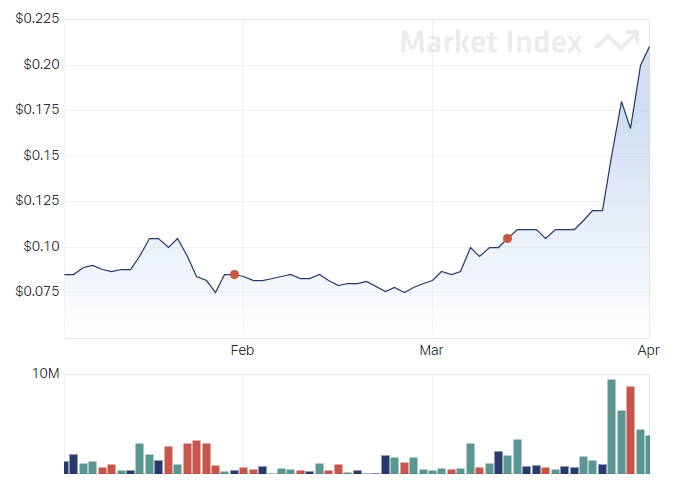 The Centrex share price has been on a tear over the past three months.