Much of the broker’s cuts can be attributed to larger-than expected (by consensus) longer-term structural retail outflows and negative operating leverage.

The broker expects FY24 funds under management (FUM) to drop to $60bn.

Based on UBS’ revised forecasts, Magellan now trades on an FY23 PE of 10.5 times and its dividend yield is 7.2%.

Compared with peers that have significantly de-rated with better earnings and dividend growth prospects, the broker concludes that Magellan currently looks expensive.

Unsurprisingly, due to the outflow risks in infrastructure now ascribed to Magellan plus the uncertainty over the ability of staff options to hold onto key personnel, UBS retains a Sell rating.

The scissors UBS took to the target price on Magellan today, follows downgrades by both Ord Minnett (to Lighten from Hold) and Macquarie (to Underperform from Neutral) on 21/02/22.

Despite increasing the target to $20 from $16.50, Ord Minnett remains wary of management’s prediction for no fee cuts, especially given the extent of investment underperformance and outflows.

The broker expects the $35 exercise price on bonus share options (staff and investors) to create an artificial ceiling for the share price, despite some merits for retention and team stability.

Consensus on Magellan is Moderate Sell.

Based on Morningstar’s fair value of $41.84 the stock looks significantly undervalued.

Based on the brokers that cover Magellan (as reported in by FN Arena) the stock is currently trading with 25.00% upside.

The stock is currently trading at a record low of $14.23. 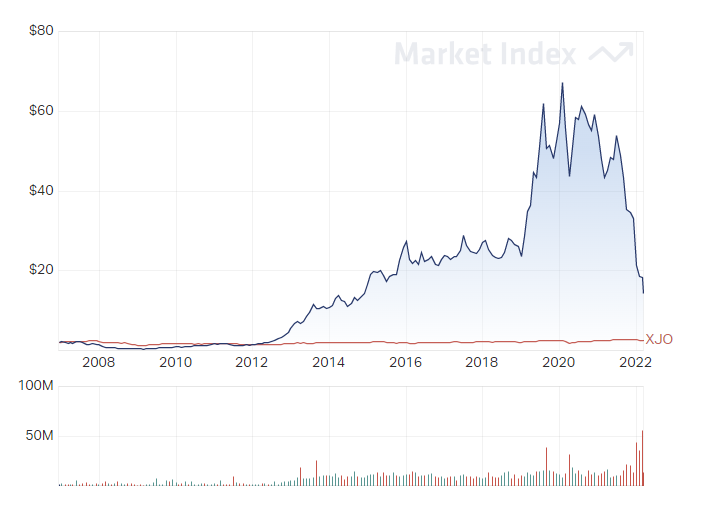