LME to reopen but with strings attached

Nickel trading is set to resume on the London Metal Exchange (LME) 8am London time on March 16, more than a week after being suspended following an historic short squeeze.

To prevent wild swings in future the LME has outlined new limits on trading, including daily price limits across metals.

The exchange is also reviewing trading activity and market conditions in nickel during last week’s mayhem.

As well as halting trading in the fallout of the price spike, the LME also proceeded to cancel around $US3.9bn of transactions that had taken place when prices moved from $US50,000 to more than $US100,000 a tonne.

Prices rocket by as much as 250% within a single day after Chinese firm Tsingshan Holding Group struggled to pay margin calls on its large nickel short position.

While Tsingshan is also negotiating a loan facility, the company’s banks, including JPMorgan Chase & Co and Standard Chartered, “agree not to close out positions against Tsingshan or make further margin calls”.

While Tsingshan has vowed to reduce its short position in a “fair and orderly manner" as abnormal market conditions subside, it remains to be seen whether they can do so without adding further market disruption.

Daily limits not just on nickel

In an effort to avoid the sharp price swings that triggered vast margin calls last week, the LME is setting limits on the daily price move in nickel, plus the other metals that trade on the exchange.

In an attempt to heighten its surveillance of the nickel market, the LME now requires all brokers to disclose all their clients’ positions in nickel that were larger than 600t and may also require a ‘please explain’ for their positions. 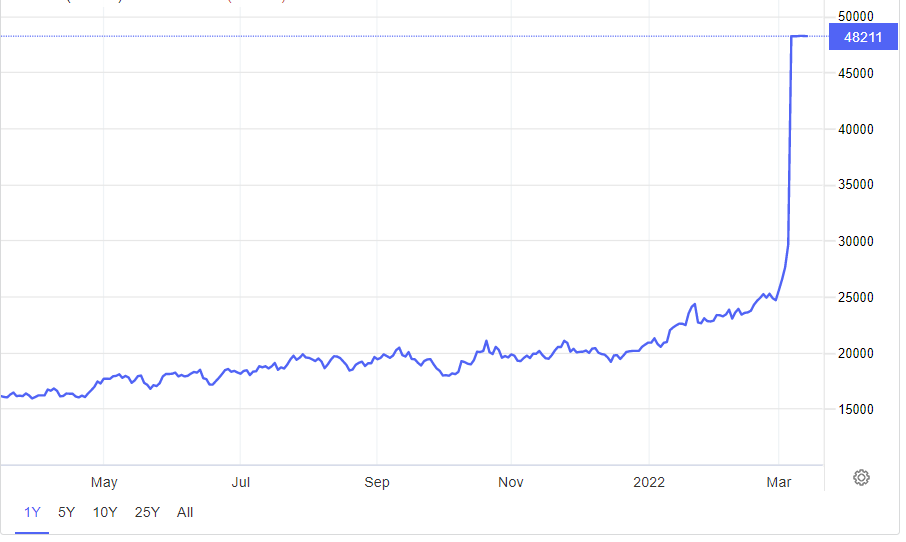 Runaway nickel: Could it happen again?