Core Lithium (ASX:CXO) was up 5.68% at the close today after the lithium developer updated on its drilling activities at the Carlton deposit of the Finniss Lithium Project near Darwin.

Situated outside and near the boundary of the current mineral resource at Carlton of 3.02 Mt at 1.28% lithium oxide (Li2O), the intersections are expected to deliver substantial extensions.

“The Carlton deposit is a key component of the under-construction Finniss Project, and we look forward to delivering an updated Mineral Resource estimate in the coming months.”

“This, in combination with the recommencement of exploration and resource drilling, is in line with our stated strategy of further expanding the mine life of the Finniss Project.”

Increase in MRE tipped for 4Q

Based on the position of the intersections, plus higher grade and widths, management expects to see an increase in the Mineral Resource estimate (MRE) for Carlton of 3.02 megatons to increase.

Once current delays in laboratory productivity are resolved, Core expects pending Assays for the remainder of the drill holes, completed in 2021, to be received over the coming weeks.

With expanded exploration and resource at Carlton drilling set to restart early in the second quarter of 2022, further resource expansion drilling, and a resource update for the Finniss Project are expected in the coming months. 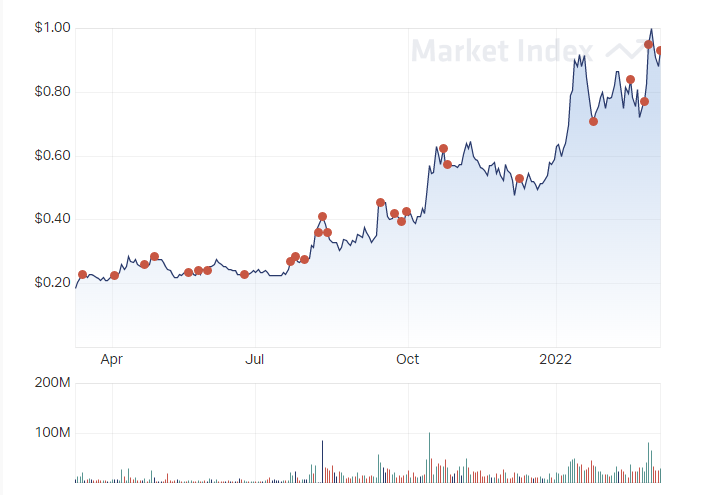 Core Lithium: A steady riser over one year.