Despite an expected drop in global demand over the next 12 months in line with the fall in global economic indicators, plus cost inflation and rising energy and labour costs, Goldman Sachs remains positive on commodities and the Australian mining sector over the medium term.

Regardless of these headwinds, the broker believes the mining sector remains undervalued trading at around 0.8x net asset value (NAV).

The broker also points to a second half recovery in China infrastructure property construction and expects global decarbonisation/green capex to result in base metal market deficits.

Goldman’s doesn’t expect the market to refocus back to micro fundamentals, unless there’s sufficient conviction in the efficacy of Chinese stimulus - expected over the course of third quarter - an end to aggressive Fed rate hikes or a complete stock out.

Meantime, while Goldman’s has cut near term pricing across aluminium, copper and iron ore, the broker expect fundamental dominance to emerge over the next 12-18 months, hence supporting pricing.

Of the 17 mining and steel stocks under coverage, the broker favours companies trading below or around NAV and with either strong FCF and/or high production and earnings growth.

The broker has downgraded Oz Minerals (ASX: OZL) to Neutral from Buy based on a near term copper price outlook and the weak production and FCF outlook over the next 2-3 years.

High grade iron ore miner Champion Iron has been upgraded Buy from Neutral on both valuation and a FCF inflection point from the ramp-up of the Bloom Lake Phase 2 project to 16Mtpa.

But based on lower near term iron ore forecasts, adjusted high grade realisations, unit costs, freight rates, and updated provisional pricing, the broker has adjusted its FY23-FY24 earnings per share (EPS) -7% and -19% respectively.

Due to higher costs and lower revenue in FY23, and improving pricing in FY24, the broker’s underlying earnings (EBITDA) forecasts for FY23 and FY24 are circa -17% and circa 3% versus consensus.

Goldman’s has upgraded Champion on the back of:

However, Goldman’s has included a nominal CAN$500m for growth optionality in its NAV. 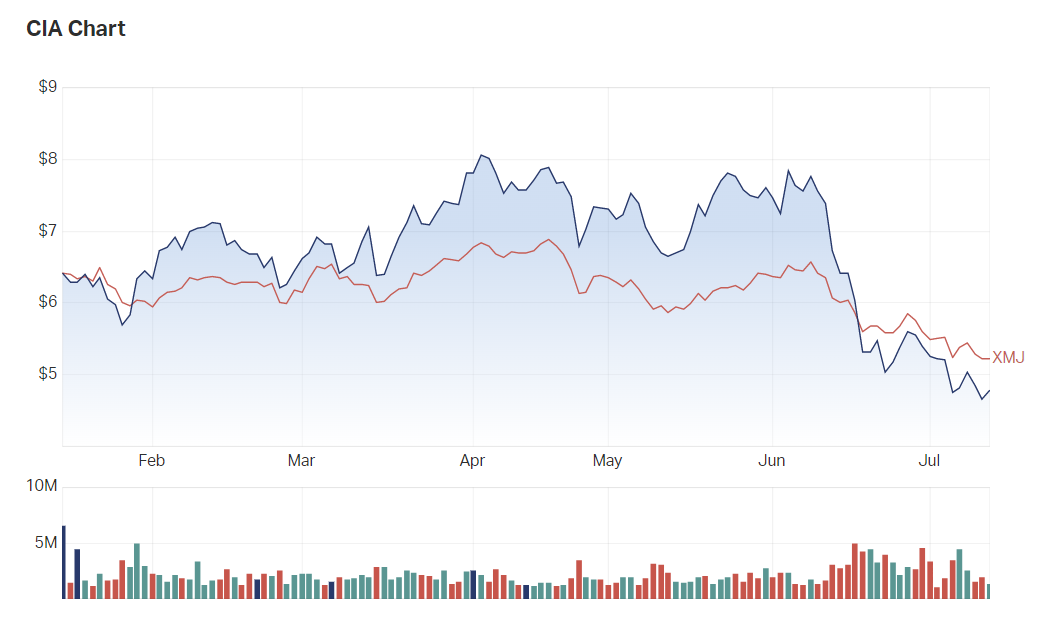