The S&P/ASX 200 has been hit with a double whammy after the Queens Birthday, down -5% in early trade.

Inflation fears intensified last Friday after a hotter-than-expected report from the US, raising the risk of more aggressive interest rate hikes by the Federal Reserve and a much sooner recession. Plenty of discouraging data is surfacing, including:

As the bull market comes to a grinding halt, here are some tips for how to manage the new era.

#1 Stay in your lane

If you've traditionally been a risk-averse, long-term investor, it's probably not the best idea to wake up one day thinking "I'm going to buy the dip for this oversold tech stock and sell it in a few days for an easy profit".

Likewise, if you're a trader who has entered into a stock with defined areas of risk/reward and stop-losses, honor them.

How often have traders entered into a short-term trade idea, only for it to go sour and you end up becoming a long-term investor?

#2 Buckle up for turbulence

The market reaches oversold territory, begins to bounce - convincing you that things have bottomed - and just as you begin to open new positions, it takes another leg down.

Just look at how the ASX 200 has performed since late April. 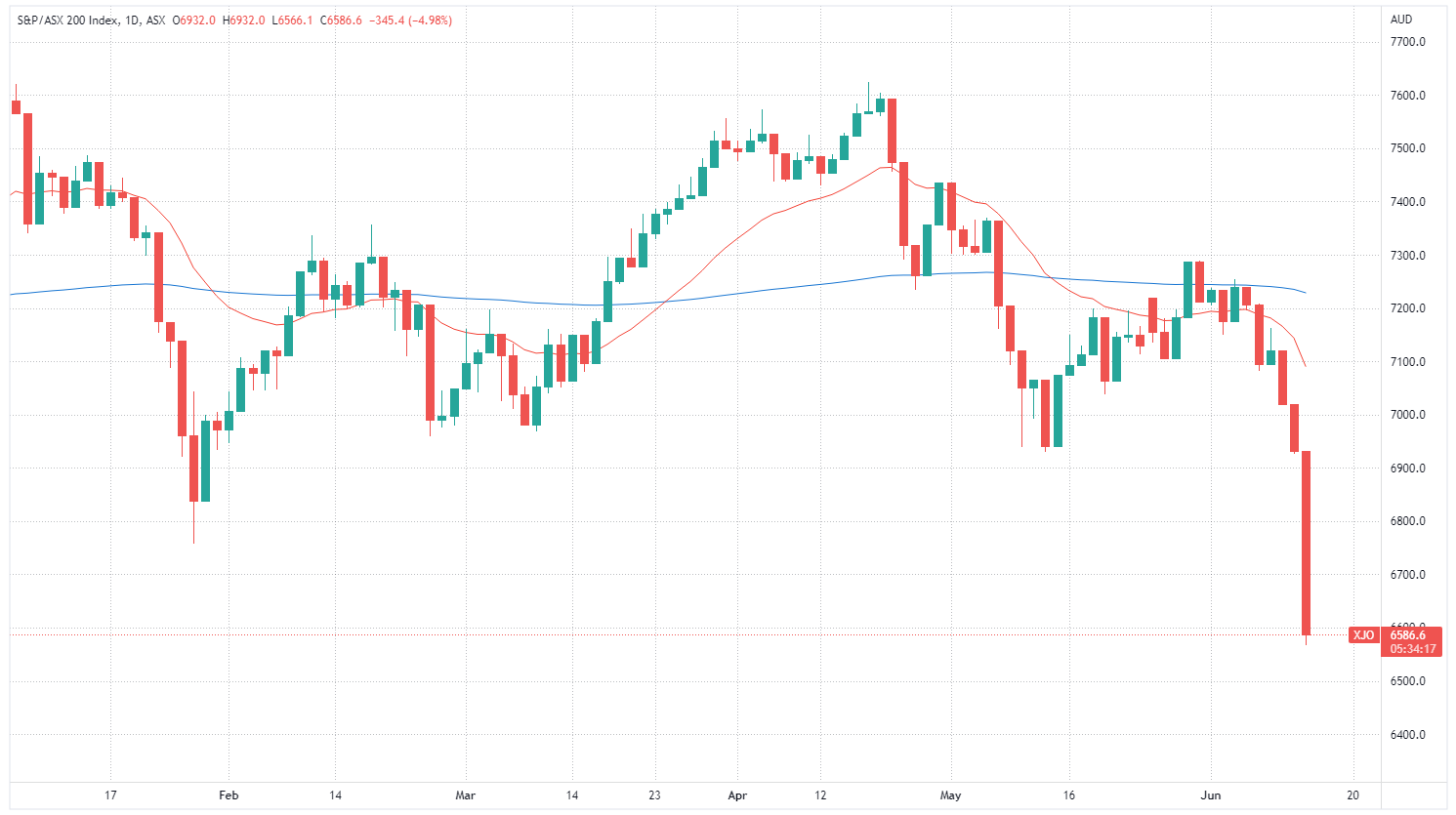 Some phenomenal growth narratives have emerged since the covid selloff, such as the lithium supply deficit and EV revolution, and the turnaround for uranium prices and nuclear energy adoption.

Narratives work great when the market is running smoothly. But when there’s a blank issue that’s drowning everything, perhaps it's time to tread more carefully.

Last week, I wrote about an Aussie fund manager that delivered 110% returns to investors in 2020, investing in top performing US tech stocks like Tesla, Netflix and Microsoft.

"We made an early decision not to participate in the sell-off and stick to our long-term approach," said Michael Frazis, fund manager of Frazis Capital Partners. The correct turn here might be 'bagholding'.

When a share price is going up, investors often view it as feedback that they're right.

But when the price starts going down, more often than not, investors say, "no the market's got it wrong."

That's probably how you end up with a -50% year-to-date drawdown.

As US trader Patrick Walker puts it, "We don't argue with price."

#5 Get away from the screen

The sharemarket can often be a rat race. To save your sanity and mental health, sometimes its best to step away from the charts, spreadsheets, news etc.

Stay safe out there.

The suggestions within this article are general in nature and should not be construed as offering financial advice. Before you make an investment decision based on any of the information contained in this article, please consult a suitably qualified industry professional.