The US Federal Reserve is widely expected to lay down an outsized 75 basis point rate hike on Thursday after US inflation accelerated to a 40-year high in May. 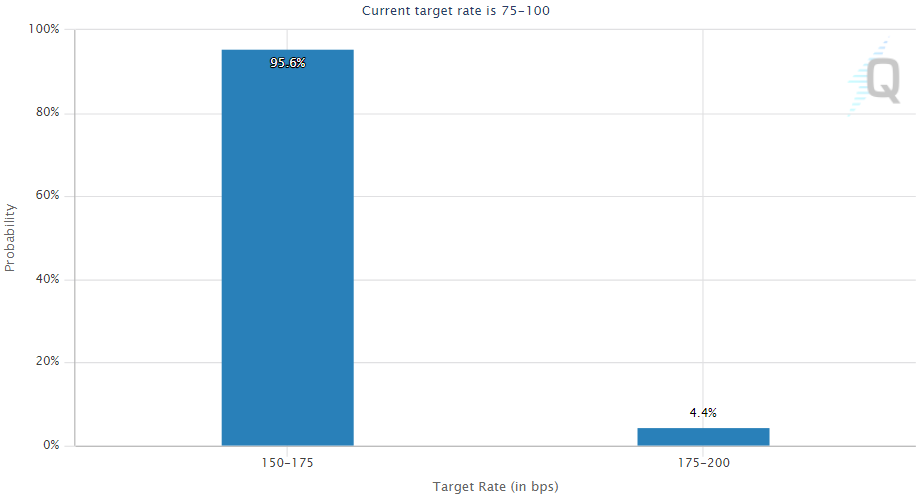 JP Morgan breaks it down

The Fed's commentary will be key in providing hints as to how the Fed will handle interest rates for the rest of the year.

Deutsche Bank said it expects the Fed to "not commit to a specific policy path thereafter, except for an intention to "expeditiously" move towards a neutral policy stance."

"We expect Powell to leave all options open beyond the July meeting, and at minimum indicate that policy is more likely to move beyond neutral at some point."

"In our view, the surprisingly strong May CPI data have meaningfully lowered the probability that the Fed will be able downshift the pace of policy tightening at the September 21 meeting"

With the markets fully pricing in a 75 bp rate hike, the likelihood of 100 bps is slowing start to creep up.

Inflation has accelerated in an alarming way, once concentrated towards core goods prices due to higher post pandemic demand to now broadening pressures and rapidly tightening labour markets, said the investment bank.

JP Morgan retained the view that "inflation-led bear markets do not bottom until you see peak inflation. If the market is correct, then that inflation peaks occurs around August/September."

"This points to what could be a very aggressive Q4 rally especially if we see growth and inflation stabilise."